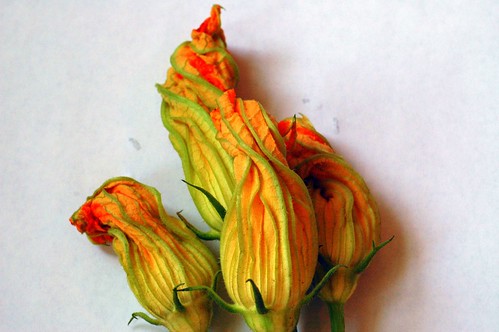 As a child, I once attempted to eat a daisy. My younger cousin, who was my opposite in each and every way (I liked to cook, she didn’t; I liked sitting quietly and reading, she liked to run around and climb tress) wryly noted that only cows ate daisies. People don’t eat flowers, she said. She had a point. 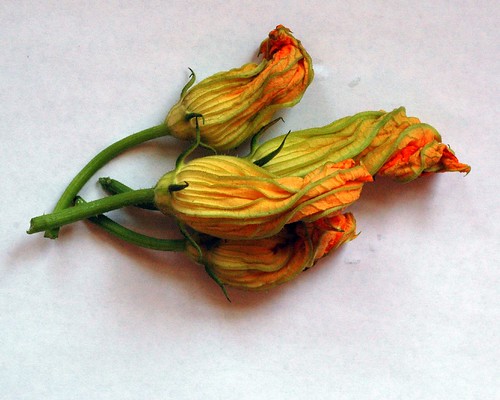 It wasn’t until Martha Stewart’s beautiful how-to on making candied flowers to decorate cupcakes that I actually entertained thoughts of once again putting a flower in my mouth. They were pretty and sparkly, almost jewel-like in their crystallized splendor. And while I stayed indifferent to cupcakes for many years thereafter, candied flowers were always a weak spot. Was it the aesthetic? Having tried my hand at these candied flowers awhile back, I have to say to you this – Martha, good things or otherwise, has too much time on her hands. On second thought, this is her empire, what she makes her living on. Me? I just try to make dinner a few nights a week when I get home from work/gym/fill-in-the-blank-errand-of-your-choice so that I could photograph and write about it as some not terribly distant future. Oh yeah, and I use flash. Like, a lot. Because poor souls like me actually have office jobs, and not trying to discover the next “good thing” (Radish Mice? Is this idea cool or what? And why didn’t I think of it?). But I digress. Back to the story now. 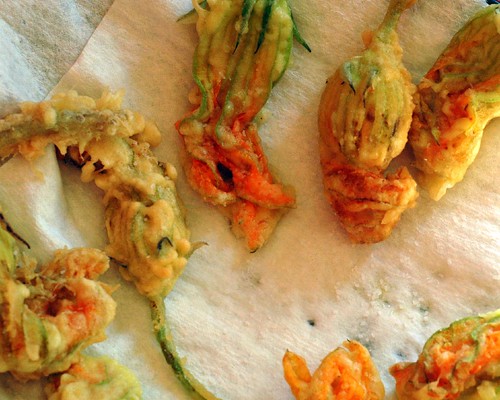 A few years ago, I saw fried zucchini flowers on a restaurant menu, and had to try them – they were delicious. A love at first bite, I wanted to make them at home the next day! The only problem was that I couldn’t find them in the store, or at the farmers market – apparently the chef got them from a farmer friend of his as a favor. The zucchini flowers are very seasonal and up until now, haven’t crossed my path. That is until my last grocery order – when I saw them and pretty much assembled a basked of highly perishable produce (more on that later!) just so I could get my hands on these beautiful, delicate golden-yellow blossoms 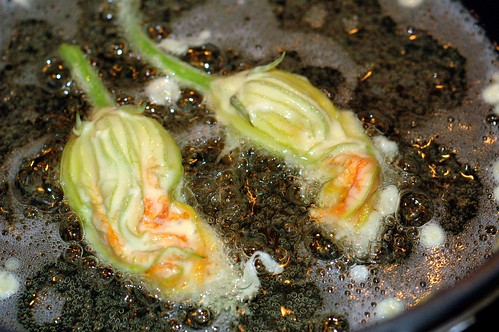 KS seemed somewhat excited about these when I told him I was going to make him fried zucchini blossoms, but understandably he wasn’t jumping out of his seat until he tried them and found them as tasty as I do! These are so easy to make, I feel almost ashamed writing about it, but perhaps that’s sort of the point – good food can and should be simple. And that’s a good thing.

Pour 3 inches of oil in a deep fryer or large, heavy pot and heat to 375 degrees F.

In a deep mixing bowl, lightly beat the egg yolks and pour in the ice water; mix to combine. Add the flour and continue to mix until the batter is the consistency of heavy cream. Dip 2 zucchini flowers at a time in the batter to coat completely, letting the excess drip off. Fry the flowers in the hot oil for 2 minutes until crisp and golden brown. Drain the fried flowers on a platter lined with paper towels, season with salt and pepper while they are still hot. Repeat with the remaining zucchini flowers.