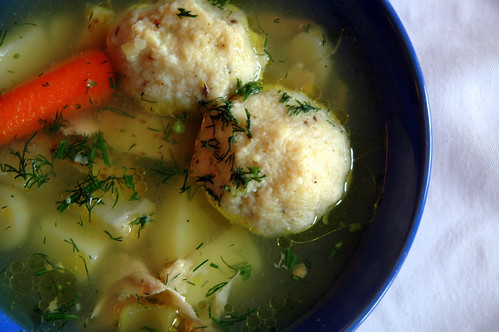 I meant to post this earlier this week – KS was sick this weekend and I made him this chicken soup. But then I came down with a horrible stomach bug on Wednesday and could do no more than sleep while trying to shake of a fever. Now that I’m better, I have to share this chicken soup recipe with you before it gets way too hot for chicken soup. Because this was KS’s favorite soup to date and besides the porcini mushroom soup which I can’t speak highly enough of, this might be mine too.

Everything in the soup just worked, the flavors were deep, developed, perfect. It possessed a thick heartiness to it, and filled your belly with warm, comforting, familiar flavors. I call it my everything-but-the-kitchen-sink soup. I put a lot of various things in it and it does take some time to make, but it is totally and wholly worth it. 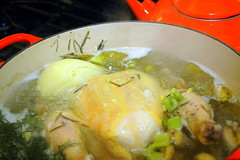 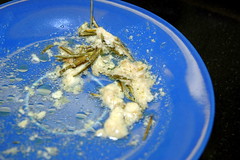 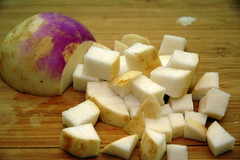 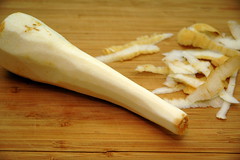 Don’t forget to skim the frothy part of the broth when the whole thing boils for the first time – for that I’ve included a rather unappetising picture of the froth – so you know what it looks like and are compelled to skim it ever-so-vigilantly. 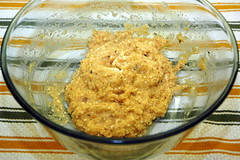 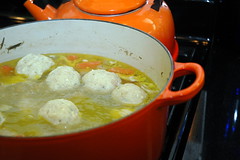 I would also steer you in the direction of buying a whole chicken, rather than chicken parts. I’m convinced that there’s something magical in the proportion of white meat and dark meat and it makes the broth just right texture wise. It’s just as simple to pull the bones out of a whole chicken as chicken parts – when it’s so fully cooked it’s falling off the bone, the whole process takes mere minutes. Besides, when you get a whole chicken, you get the neck, the giblets and the tiny chicken liver – and aren’t those the best parts? 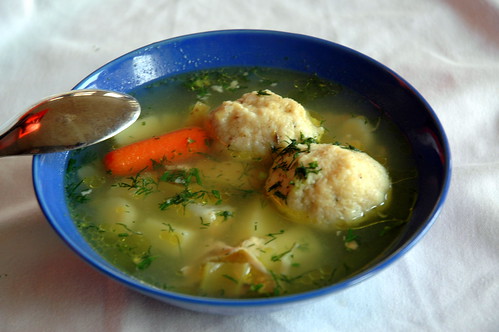 prepare the soup
Thoroughly wash the chicken and place it in the pot. Add the water, the onion, the bunch of dill (tied with a string), celery and salt. Bring to a boil and skim off the foam that will form on top. Discard the foam, continue to cook on medium-high heat until the foam stops appearing. Lower the heat to medium-low and add ginger, the turnip, the parsnip, carrots and the lemon juice. Cover and cook over very low heat for 2 hours.

After 2 hours, taste the broth and see if you want more salt, or other seasonings in it. Pull the chicken out. It should be falling apart and falling off the bone. Pull the bones out and discard, and cut up the chicken in pieces. Place half of the chicken back in the soup and half put aside for chicken salad the next day. Ever-so-slightly increase the heat and add the potatoes.

While the potatoes cook, start on the matzo balls.

Grab a bit of the mix and roll it in your palms to a ball about 1 inch in diameter. Drop the matzo balls in the soup one at a time. When out of the mix, cover the soup and simmer for 30 minutes.

Remove the soup from heat. Serve in bowls immediately with freshly cut dill sprinkled on top.