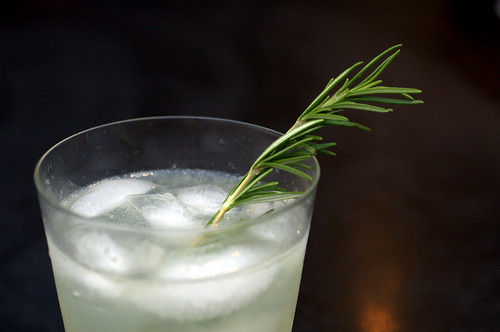 Face it, there’s only so much eggnog you can drink before you’ll need to loosen that belt one notch. I’m not one to count calories – I drink my milk whole, braise my brussels sprouts in cream, and never ever skip dessert. I’m a girl who likes to indulge, albeit in moderation, but I find that life restrained is not for me. I like balance, but I like to have my fun too. Clotted cream? Why, thank you! Bacon with my pancakes? But of course! And when real-to-goodness-made-from-scratch eggnog is offered to me, I, mostly, can’t say no. 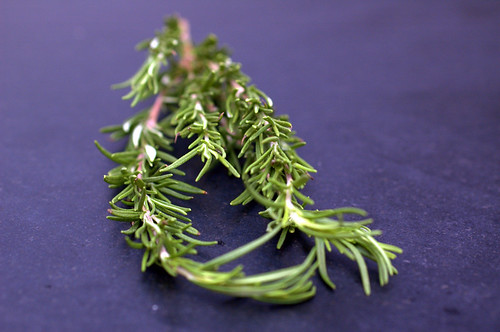 However, I have to be prudent. A drink made with eggs, heavy cream and milk can only be considered a protein shake for so long. Yes, I’ve actually referred to it as such, but I’m prone to stretching definitions. Also, there will come a time in every holiday season, when I look at a perfectly respectable eggnog, lovingly garnished with freshly grated nutmeg, and I want to gag. This usually happens a few days before Christmas when I’ve been liberally indulging in the holiday spirit and start wearing leggings, sweater dresses and outfits generous enough to hide a food baby. But indulgences aside, sometimes eggnog just is too rich for my taste. Sometimes, I want a holiday cocktail that’s light and effervescent and smells of Christmas. Please take that Christmas tree, shove it in my drink and serve it forth!

I’d like to present to you with such a drink – the Rosemary Gin Fizz. Now, doesn’t that sound celebratory in and of itself? Just saying fizz makes me feel festive, like I want to put on a flapper dress and one of those cute hats and go dance a foxtrot. Never mind that I don’t know how to dance a foxtrot; it’s the spirit of the idea, well, you get the point. A Fizz is actually a cocktail dating back to the 19th century, and the Gin Fizz is the most famous Fizz variation. The Gin Fizz is supposed to contain gin, lemon juice, sugar and carbonated water – and is to be served in a highball glass. The version here, infused with rosemary, is kind of a genius idea – highlighting the woodsy, green notes of gin, and deviating from the traditional, expected gin and tonic citrus notes. Here, gin matures and steps up in sophistication. I like to think of it as a gin’s cotillion, when it finally steps out in society. 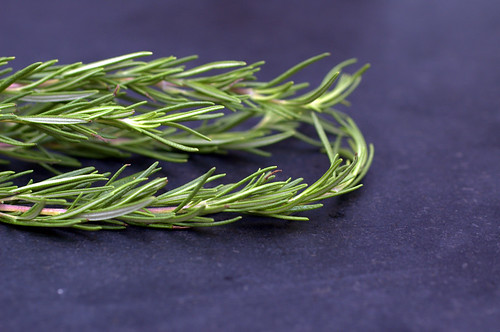 When I first had the Rosemary Gin Fizz, it was years ago, at a colleague’s holiday party, and I was beside myself – it was the kind of clean, crisp, wintry taste you immediately take to and think to yourself, “Where has this cocktail been all my life?” It’s an instant, immediate friendship. And if one could become besotted with a cocktail, then I certainly was. I must have consumed a goodly amount of the made-to-order cocktail. My colleague’s then-girlfriend, now-wife, worked for Food & Wine magazine, and got the recipe from their holiday entertaining issue. The secret, she told me, was a rosemary-infused simple syrup. Add to that some gin, a little club soda, some fresh lemon juice and a sprig of red currant (missing from the pictures here because when I made these for my housewarming party in October, red currants were nowhere to be found) – and you got yourself a very festive cocktail. One that smells just like Christmas in a glass!

I had much to learn. At the time, I didn’t even know what simple syrup was, never mind one infused with an herb. 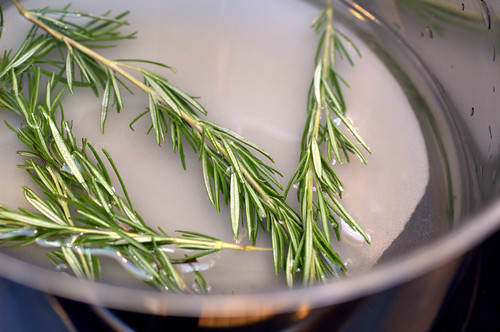 Well, tipsy and giddy, I diligently (or so I thought) copied the recipe down. You can only imagine my penmanship after half a dozen of these babies. In the morning, upon looking at my scribbles, I couldn’t read a thing. Embarrassing, as I could barely remember the act of scribbling itself. I felt like a pest and didn’t want to bother my colleague about the recipe again, but the cocktail swirled around in my mind each holiday season. And each holiday season, I would forget to make it. And so the years flew by, until my housewarming party in October, when I decided to make Rosemary Gin Fizz for my guests. 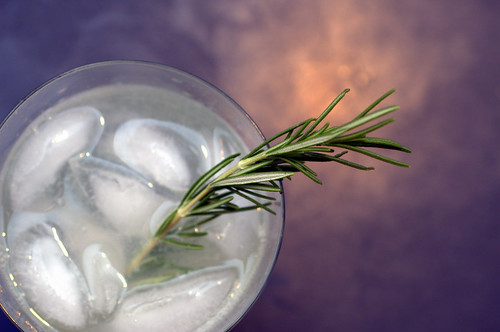 No. That would be an understatement. I didn’t leave my kitchen bar area all night because I kept making more batches for my thirsty friends. It was beyond a hit. In fact, people still talk about that cocktail and apparently rave about it to friends and family. I suppose, in the spirit of the holidays, it’s time for me to share it with all of you. Because, like I said before, there’s only so much eggnog an individual can take. And since it is the season of giving, I suppose I should finally put my money where my mouth is.

Ingredients:
1/4 cup gin (I recommend either Bombay Sapphire or Tanqueray to highlight the woodsy features of the gin. I don’t recommend Hendricks, which is my favorite gin, as it’s flavored with cucumbers and rose petals and will thus change the tasting notes of the drink.)
2 tablespoons fresh lemon juice
1 tablespoon Rosemary Syrup (see below)
Ice cubes
Cold club soda
1 rosemary sprig and fresh red currants, for garnish

1. In a tall glass, stir the gin, lemon juice and Rosemary Syrup.

2. Fill the glass halfway with ice; top with club soda. Garnish with the rosemary and currants and serve.

Combine all of the ingredients in a saucepan. Bring to a boil, then simmer over moderately low heat for 2 minutes. Remove from the heat and let steep for 10 minutes. Strain the syrup and chill. (The syrup can be prepared and chilled for up to 1 week.)

Notes:
To get the most juice out of your lemons, microwave the whole fruit at high power for about 20 seconds, then roll it on the counter while pressing firmly before cutting and squeezing.