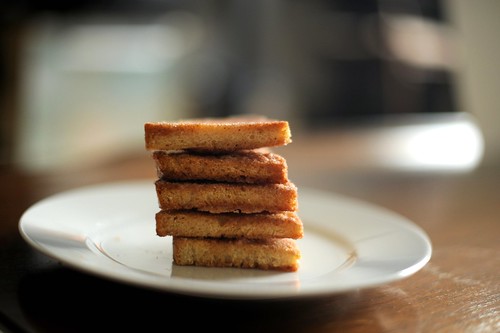 Lest you think of me as a cool and hip individual, I should probably set the record straight. For a certain length of time in my childhood, H. G. Wells’ novel “Time Machine” was my favorite book in the world. I was obsessed to the point of a tantrum, refusing to admit that time travel was a thing of the fantasy world. I wanted time travel to be real. But if you asked me why, I couldn’t really tell you. I wasn’t trying to change the past or alter the future. I was just fascinated with time travel. Now, of course, I’d be glad to have a time machine on hand, if only to go back in time and tell my fifth grade self that New Kids On the Block were totally going to make a comeback. It would have quieted my weary mind.

But, I am pretty sure, I’ve discovered a time portal and its name is cinnamon toast. Cinnamon toast (I swoon as I type these words) – is magical. Really. It’s as if I’ve come full circle with it. Back to my childhood years. And all it took was one bite. 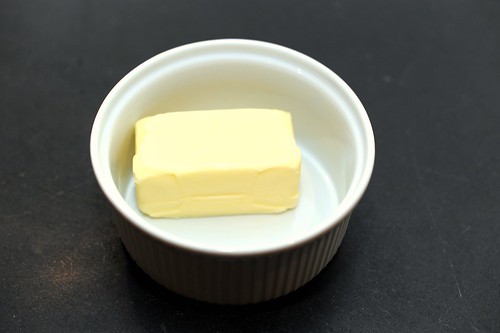 I know that I’m losing all of you now that you’re going, what, cinnamon toast? You’re writing about cinnamon toast? But I beg of you to hold on a minute and let me explain. The inspiration, the time-travel, was possible because Molly wrote about the cinnamon toast her grandmother used to make and told her readers – this is not just some toast you put sugar and cinnamon on. This is a cookie. This is special. This – is not to be missed.

Molly also warned these would be heavenly, downright addictive. Jennie tweeted they are to be dubbed “cinnamon crack”. And I was intrigued. Anything that’s covered in cinnamon and sugar is a welcome addition to my life. 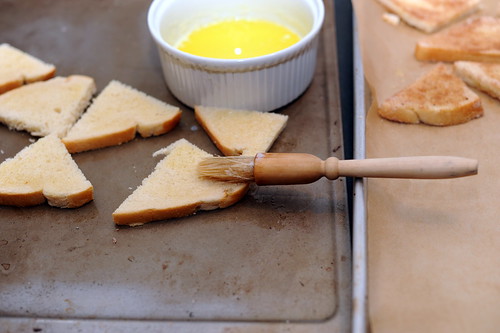 It’s funny how you read about a recipe and are instantly ignited to run to your kitchen and make it. Except you never stock any white bread and it’s eleven o’clock at night and while you’ve been known to make goulash at one o’clock in the morning, you’re not exactly running to your nearest bodega at such late an hour on a school night. So you’re forced to wait and wonder if, indeed, these are as good as the claims are, meanwhile you are reading tweets about how these little guys should be renamed as “cinnamon crack”.

And so I finally went out and bought some white bread, cut them into diagonal quarters. Melted my butter and brushed it onto the bread and dipped each side in cinnamon sugar. Which, by the way, let me tell you – it takes a strong person not to lick his fingers in between the dipping. That cinnamon sugar scent – oh my! Strangely though, even as I was going through the motions, I didn’t make the connection that this kind of cinnamon toast was a favorite snack of mine when I was growing up in Russia. 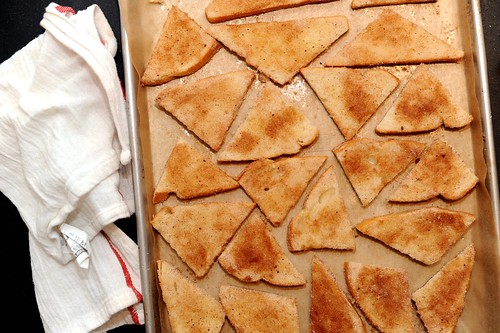 And yet, it was not until I bit into a cooled-off toast, with a cup of tea at my side, that these toasts, like tiny little time-machines, instantly transported me to the time when I was five and lived in snowy St. Petersburg, where my mother tried just about everything to get me to eat. A finicky eater, (who isn’t one at five years old?), few things excited me food-wise. But anything covered in cinnamon and sugar was definitely something I could get behind.

And so, my mother, in a stroke of brilliance or desperation, devised to make me these cinnamon toasts. White bread in Russia came as these big loaves that look very much like Italian bread here does. She cut the loaf thinly into slices and lightly dipped each of the pieces in milk on both sides, careful not to soak the bread, and then dredged the sides in cinnamon and sugar. She then baked these shimmering toasts until they were crispy and the house smelled like sweet cinnamon heaven. I could have licked the air, it was so good.

These were promised to me as dessert, provided, of course, that I ate my dinner. Which I did. In a heartbeat. And then, I was left to my own devices with a plateful of cinnamon toasts and cups of hot tea with milk. I think those were some of my happiest moment: alone in the kitchen with my cinnamon toast and tea. I can tell you that to this day I could be made infinitely happy by a cup of tea and a simple cookie. Such as this toast. 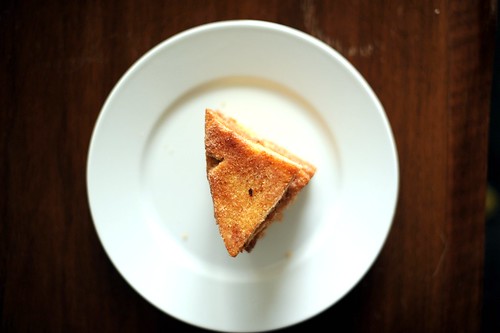 Now, were you to ask me, which do I prefer, the cinnamon toast of my childhood and the brainchild of my mother, or Molly’s buttery and rich cinnamon toast, I’ll tell you honestly – Molly’s. And I know that my mother, reading this, would agree. Because anything tastes better when it’s dipped in butter. It’s just that simple. But my mother’s toasts are pretty darn good too, especially if butter is the sort of thing you’re supposed to stay away from. I’m keeping both recipes within my reach because they connect my present and my past, bringing me full circle.

I might not have a real time machine on hand, but I have have this cinnamon toast. And that’s way, way better.

Preheat the oven to 325°F. Line a baking sheet with foil or parchment paper – it makes clean up a cinch.

Melt the butter in the oven and keep an eye on it – you don’t want to darken, you just wanted it melted. If using milk, pour the milk into a dish.

Stack the slices of bread and cut them diagonally into quarters. You will now have 24 triangles.

In another small bowl, whisk together the sugar and cinnamon, and then turn the cinnamon-sugar mixture out onto a flat plate.

If using butter, when it’s melted, remove it from the oven. Take your bread and brush butter onto both sides of a triangle of bread, applying the butter generously, leaving no spot uncoated. If using milk, dip your pastry brush into milk and brush the bread with it. You want both sides of the bread to be wet and slightly soggy, but you don’t want the bread to be soaked through. The bread should feel a little heavy in your hand, but it should feel laden. Dip both sides of the bread into the cinnamon-sugar and lay it on the baking sheet. Repeat with remaining pieces of bread.

Bake the toasts for about 25 minutes, until lightly browned. Transfer to a rack to cool for half an hour. The toasts will crisp as they cool. When cooled, store in an airtight container at room temperature. They taste pretty good on day one, but on subsequent days, they’re even better as the flavors develop.