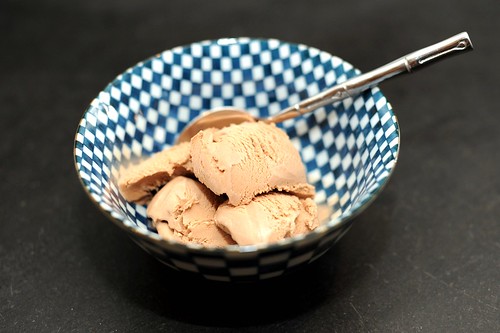 We are a household that respects its dessert. To me, it’s the period at the end of the sentence, a conclusion of sorts. You wouldn’t want all your sentences to end in ellipses, would you? Well, lack of dessert, even something as small as a morsel of chocolate, leaves me feeling unsettled as if my meal is incomplete. Like forgetting my cell phone at home – I feel a little disoriented when that happens. That “period”, the conclusion so to speak is missing. Andrew, thankfully, is of the same dessert persuasion. We revere our dessert, and we rarely turn it down. During our first dinner together, despite being full, we still decided to share our dessert, an apple cobbler, thus cementing our commitment to that portion of the meal. 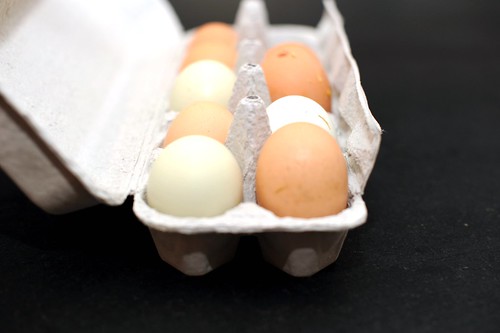 So, here’s how this all went down with this Nutella ice cream. Labor Day Monday, while Andrew and I were perusing our respective RSS feeds (nerds!), I David’s post about Fenocchio’s ice cream in Nice, the very same place I wrote about when I made the ice cream that might still be the finest frozen creation to emerge from the Sassy Radish kitchen. I told Andrew about my trip through France after graduating college, making my way down to the French Riviera, walking around Nice and discovering Fenocchio entirely by accident. I showed him David’s pictures, “Should we find ourselves in the South of France, you know where we’ll be going.” Andrew wasn’t really paying attention, his eyes were fixed on a particular picture, “Yeah, I would be all over that Nutella ice cream.” 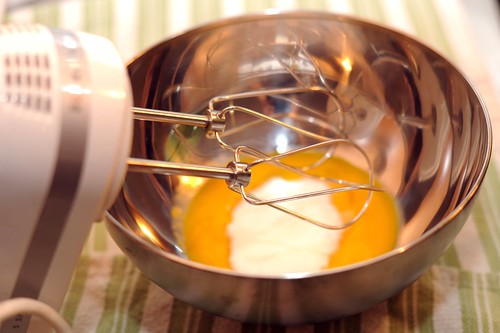 A light bulb went off in my head – why wait until we go to France (which, let’s face it, might not be be for awhile – suppressed sob), when we can make our own Nutella ice cream tonight – just in time for dessert? Why else would you bother having your ice cream bowl permanently hanging out in the freezer, taking up precious space, if instant gratification is not to be entertained? Lucky for me, Andrew puts up with my whims of cooking frenzy, and willingly eats and suggests future cooking projects. It works out rather well – I get to play in the kitchen, and he’s always ready to sample whatever experiments (good or bad) to come out of there. 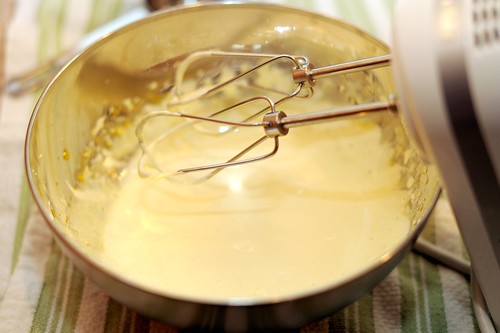 Twenty minutes later, the custard was cooling in the refrigerator. Which brings me to the following: homemade ice cream is within anyone’s reach. While might sound silly to take up precious freezer space with a giant bowl, if you like ice cream and buy it regularly, it’s worth trying to make ice cream at home. decent ice cream makers are fairly affordable, and with minimal hands-on time, you could be making your own. I promise you won’t believe your taste buds – the flavors will be cleaner, brighter, stronger; the texture – creamier. And there’s no end in sight to how many combinations you could create! 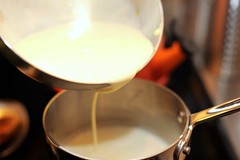 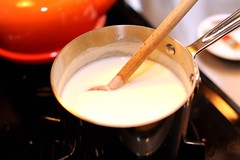 Also, there’s something lovely and old-school about making your own ice cream. It’s almost a journey back in time when things were simpler and a little slower. A time when we weren’t drowning in email, social media, and a thousand television channels. When burgers and bagels were smaller, and “super-sized” meals didn’t exist. Homemade ice cream, somehow, reminds me of that time. Funny thing is, I don’t even eat that much of it, but when I do, homemade beats store-bought by a landslide. 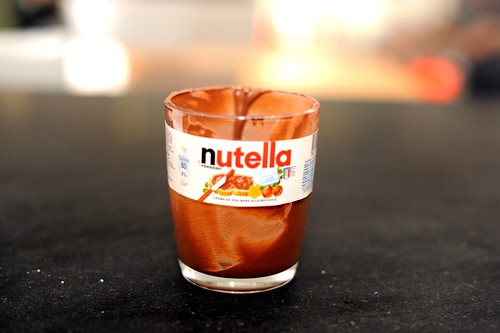 The custard takes only a few minutes to come together; chilling time, of course, takes longer – but if you have half an hour to kill in the morning, you can make this and forget about it until dinnertime. Right before you make dinner, pour the custard into the ice cream bowl, affix your machine parts, and turn the machine on. It’ll purr, hum, and make satisfied growling noises until your ice cream is ready. And when you scoop that ice cream into your bowl, your dessert is no longer a period – it’s an exclamation point.

The thing about making your own ice cream that I find so magical is that you have control precisely over the ingredients you put in. You could try to experiment between store-bought eggs and eggs from pasture-raise hens.

Combine the milk, cream and 1/2 cup sugar over medium heat, in a heavy-bottomed saucepan. Cook about 5 minutes, until the sugar dissolves.

While your sugar is dissolving, in a medium bowl, that’s impeccably clean, using an electric mixer, whip the egg yolks with the remaining sugar. Whip the yolks until they become thick and very pale yellow – about 4 minutes.

Gradually, add 1/2 cup of the warm milk and cream mixture into the egg mixture, 1/8 cup at a time, mixing well to incorporate. Add this mixture back into the saucepan. and cook over very low heat, stirring constantly, until the egg yolk/dairy mixture becomes thick enough to coat the back of a wooden spoon. This will take anywhere from 7-10 minutes (for me 10 minutes seems to be the norm).

Put a strainer over a medium bowl, and pour the custard through the strainer. Add the vanilla extract and Nutella and stir together until they dissolve and the mixture becomes uniform.

Chill mixture completely before pouring into an ice cream maker at least 2 hours.

Follow manufacturer’s instructions to freeze. Your might want to chill your ice cream after it’s ready to get a harder consistency. Or you can serve it immediately.