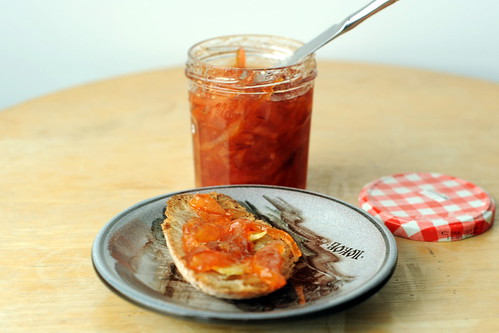 It all started innocently enough over pedicures with one of my girlfriends. We were at our favorite place, tucked away in the West Village, having a girls’ Sunday. I had raved about the place to her in the past and wound up getting her and her mother addicted to the tiny place where the nail technicians meticulously transformed your feet from wintry paws to moisturized, groomed, sparkling, and, dare-I-say, sexy toes. Aside from my nearly-decade-long gratitude for their attention to my feet, I am a huge fanatic of their citrus tea, which they serve upon request. 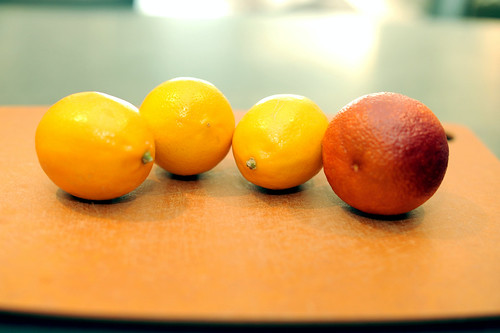 It was over cups of this citrus tea, that my friend issued a challenge, or rather – suggested an idea for this blog. We deduced that the tea was probably citrus marmalade dissolved in hot water. It was simple – but strangely delicious, seductively fragranced, and highly addictive. “Why don’t you reverse-engineer it,” my friend said, “You’re pretty good at that sort of thing.” 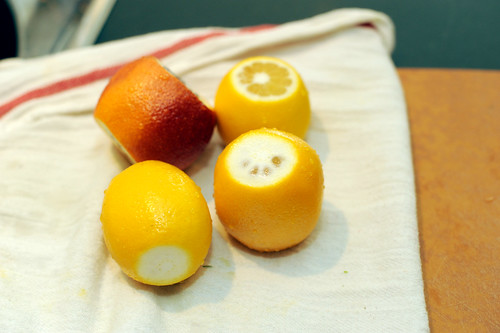 Emboldened by her faith in me, and excited by the idea, I rushed home to do some research on the topic. I wanted a marmalade that offered a hint of bitterness, to give the “tea” a bit more complexity. Having tasted the tea a few times, I could tell it was a blend of lemon and orange, with an emphasis on the lemon. Having decided on a ratio of three to one, lemons to oranges, I was ready. Or so I thought. 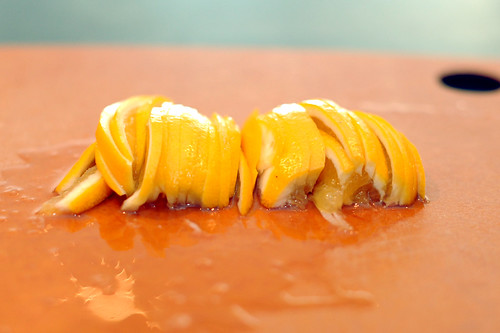 That afternoon, I was catching up on reading the New York Times. It’s not often that I don’t read the Dining section first thing on Wednesday mornings, coffee in hand as I try to wake up. But that was the week I had switched careers and everything was topsy turvy and I simply lost track of which day was Wednesday or Thursday or whatnot. I was so busy – the days blended into one. Scrolling down the articles – something caught my eye. And then I started to laugh. 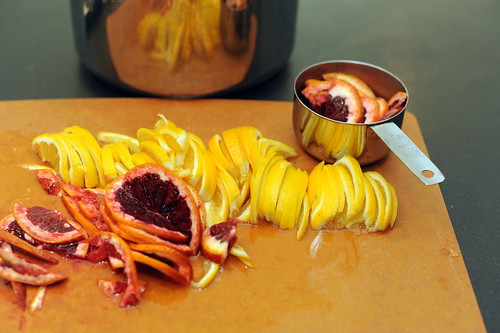 There, right in front of me, sat the latest installment from Melissa Clark’s “A Good Appetite” column. The title read, “Meyer Lemon and Blood Orange Marmalade”. I’ve been scooped – but only in the best possible way, and by a person whose palate and cravings most closely imitate my own. It was as if Melissa had anticipated my thoughts, and decided to help me out – bring me one step closer to the tea I’ve loved for so long. 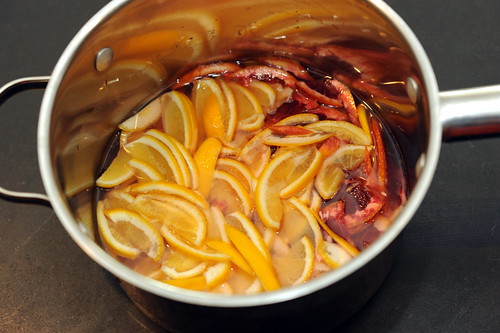 I decided to just trust her on this one – her idea to blend the musky sweetness of Meyer lemons with the slightly bitter blood orange certainly sounded more complex and exciting than a regular lemon and Cara Cara blend. I happened to be out of sugar and so armed with only Demerara sugar, I had to make do. I cut up my citrus, checked for pits, and gently simmered away. The apartment, filled with a fragrance so sweet and sunny, brightened up; I couldn’t stop licking the spoon. 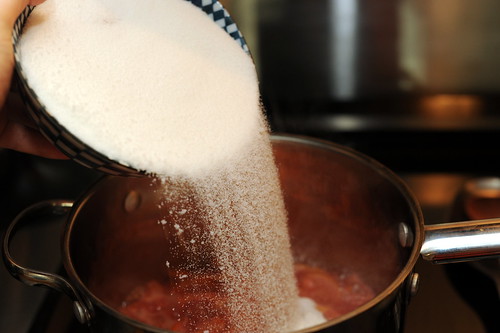 When it was ready, I couldn’t wait for the marmalade to come to room temperature – I greedily spooned some into my cup, poured hot water over it, and stirred. And when I tasted my homemade concoction, I was grinning from ear to ear – the brew I made tasted exactly like the tea I was longing for, the tea I thought I could only have while getting pampered. I sipped it on my couch, eyes closed, hands around the warm cup – the only thing missing was the foot massage.

Oh, and one more thing!
Speaking of Melissa Clark, I’ve been helping her out with a few projects. Check one of them out – there’ll be more to come. But at the moment, I’m sort of pinching myself from the sheer joy and delight that I get every night when I get home from helping her out. It’s the most fun I’ve ever had working, and I’m really excited for what’s in store!

To make the tea for yourself and see what the big fuss is all about, try dissolving about 2 teaspoons of the marmalade in roughly 10 ounces of hot water. Sip while hot and don’t forget to eat the candied, sweet rinds at the bottom.

1. Place several small plates or saucers in the freezer.

2. Wash the citrus under warm running water. Half the lemons and orange in lengthwise, then cut each half into 1/8-inch segments, lengthwise. Pluck out any exposed membrane and remove the seeds.

3. Measure the cut citrus. You should have 2 1/2 cups, but if you have less, use the same volume of water and sugar as you have citrus. (If there are only 2 cups, for example, use 2 cups water and 2 cups sugar.) Place the citrus and the same volume of water into a large, heavy-bottomed pot. Bring to a boil over medium-high heat. Cook citrus until the peels are very soft and fully cooked, about 20 to 30 minutes.

4. Add the sugar to the pot, stir to combine. Turn the heat up to high and bring back to a boil; then lower the heat to medium and let the marmalade simmer until set. It should take about 20 to 30 minutes, but start checking after 15 minutes to see if it is set by spooning a little onto a chilled plate from the freezer. If the liquid sets, the marmalade is ready; if it’s still runny, cook a few minutes more and then check again. (If you using a candy thermometer, wait for the temperature to reach 222 degrees F.)

5. Allow marmalade to cool to room temperature before serving. Store leftovers in the refrigerator and use within a month.