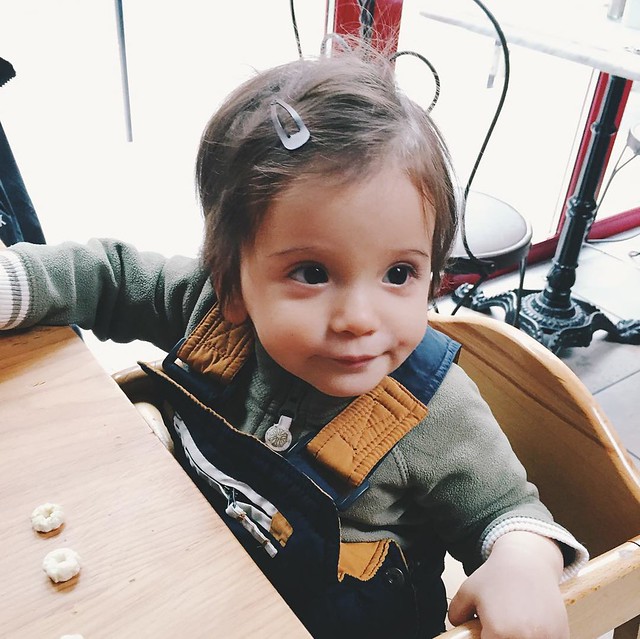 I wonder how we got here, already more than halfway through January. I hadn’t intended to stay quiet for so long, but right around Thanksgiving things went a bit haywire, and it’s taken us until this week to sort things out.

In no particular order, we, collectively as a family, had a bout of stomach flu, the winner of which, unquestionably, was Avi, who managed to smile despite having thrown up all over himself. We also spent about a month cleaning cat pee and sh*t off of everything, living in an apartment covered by heavy-duty tarp (to protect it from said things), shuttling in and out of pet hospitals, and spending a fortune on emergency surgery wherein our already-neutered male cat is now, technically, a lady. I’m deeply thankful for pet insurance.

In December, Andrew spent a week in Paris, doing all manners of important things at COP21, like interviewing this guy and witnessing some epic, historic sh*t while my mom kept me company here and hung out with Avi, and I raced to the finish line with some books I’m editing.

Speaking of Avi, I’m having a hard time wrapping my head around the fact that in a week, he’ll be one. I’m not one to get emotional and think, gosh I hope he stays a baby forever. Quite the opposite, I’m excited about him getting older. But I’m just in awe that we’ve been at this parenting thing for about a year now and while we’re far from perfect, I’m pleased to report that we do not suck at it. 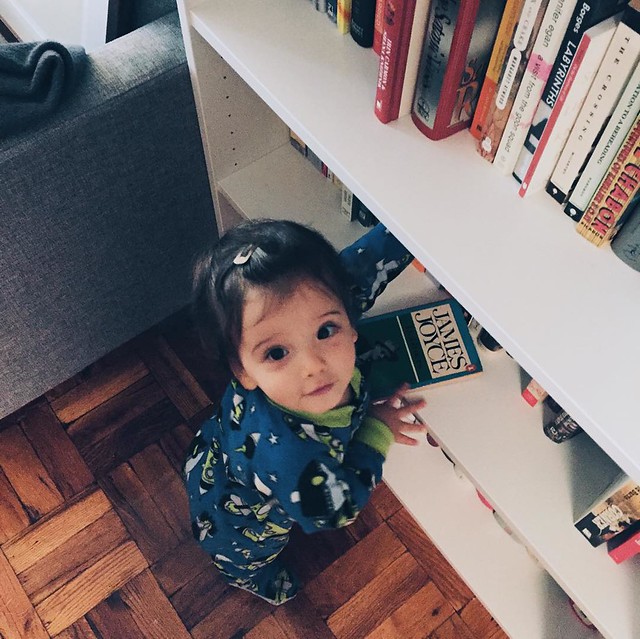 Avi has a favorite word; it’s “yay!” He says it often, each time with such emphasis that you have no doubt that he means it each and every iteration. Recently, he decided that feeding himself puffs and blueberries, and holding his own bottle, is de rigeur; and just the other day at brunch, he insisted on feeding himself spätzle and sausage—and it was nothing short of amazing. He likes music, particularly “Twinkle Twinkle Little Star” and the “Itsy Bitsy Spider”. On Sunday, we found a third tooth has emerged, and boy did he figure out how to bite things—and fast! Top right. Just cutting through the gum line. And also on Sunday, we witnessed his first word wherein he looks at a thing and calls it by its name. That thing is cat. For his part, Forrest trembles like an autumn leaf hoping that Avi will soon grow indifferent and cease to notice him. We don’t think that will happen, but a cat can dream.

It feels quite far away, that time when he was first born, but if I sit still and really think about it, I still feel a twinge of anxiety deep inside and it takes me back to those dark first weeks. I’m glad to have made it on the other side. You all said I would, but there was a period when I couldn’t fathom how it would ever change for the better.

On most nights, I manage to cook us dinner. I do it partly because I like the ritual of cooking (though not the cleanup after), and because I like to know what goes into my food. It’s also cheaper to cook than to order in. There are nights, such as last night, when take-out is unavoidable—the steak didn’t defrost in time or you’re dead on your feet—and I’m grateful to have it as an option.

Weeknight meals are simple and straightforward. Often we’ll go through weeks of cooking the same stuff over and over. We fall into a pattern and it becomes like muscle memory. Mondays are merguez lamb meatballs. Tuesdays are tacos. Wednesdays are pasta dishes. Thursdays are leftovers, fridge clean-out, or a grain salad of sorts. Fridays, often, I throw in the towel. Once a week or so, we’ll roast a chicken. It’s never a bad thing. 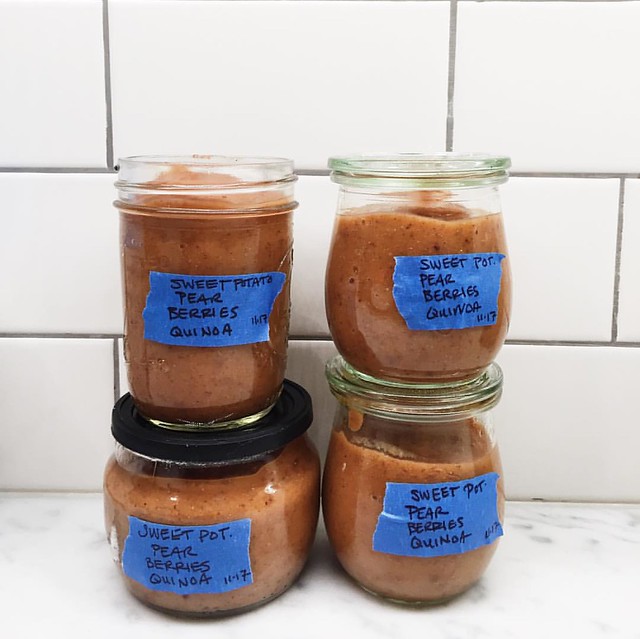 Some of you have asked me what I feed Avi and the short answer is a bit of everything. That he lacks many teeth prevents us from really feeding him everything so he eats a combination of softish foods and purees and things like yogurt with chia seeds and raspberries. I manage to make most of his purees and I find it to be not only fast and attainable, but immensely cost-effective. Just now I was able to whip up something some of you might find useful. Here goes. Oh, and I do this while I’m cooking dinner or puttering around in the kitchen—and Avi is either asleep or napping.

Take 3 large or 6 smallish pears; I like Bosc. Steam them over a bit of simmering water, about 10 minutes or so until the pears are soft when pierced with a knife. Transfer the pears with some of the cooking water to a blender and puree until smooth. You may want to do the pureeing in 2 batches. Take about 10 ounces of baby spinach (we buy the pre-washed kind) and stuff handfuls of it into the blender. Puree that. See if the puree needs more water; most likely it will not. Stuff more handfuls of spinach until you’re out of spinach. Pure that too. Add a frozen banana (we keep them on hand for smoothies) and puree it too until smooth. Pour/ladle/scoop into jars. We have lots of empty jars from Bon Maman jams and we use them for baby food. From the amount above, I get about 4 jars or so. I freeze 3 and stick the fourth in the fridge. Should you find yourself in the position of watching your child spit out the food you just lovingly prepared, you’re welcome to eat it yourself—I have and it was delicious. You win some.