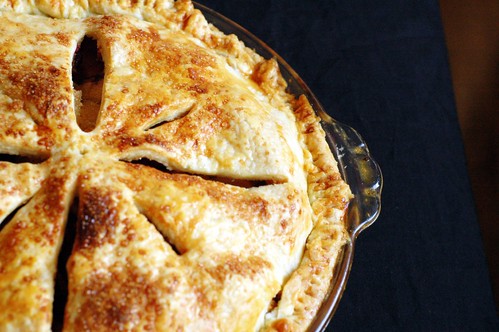 This entry is over three weeks late. I can’t quite begin to tell you the drama of how the pictures before your eyes were the very last I took with my camera before I banged it on the corner of the table and it had stopped working (the one above is the very last photo prior to the incident). On Thanksgiving Day of all day. On the day when I was finally going to pull out all stops and show you just how awesome a roast turkey can be. How incredible and simple a cranberry sauce is. How awesome, tasty, seductive even my famous porcini mushroom soup is. Thrice I have made that soup and thrice I’ve been unable to take pictures of it, for whatever reason. But back to my camera agony – yes, the camera broke immediately after I took a glorious shot of the apple pie and then, then it was all gone. The camera unwilling to turn itself on, the sheer terror that had overcome me, the frenetic pace of the morning (cooking since the early hours) – it all just came unraveled. 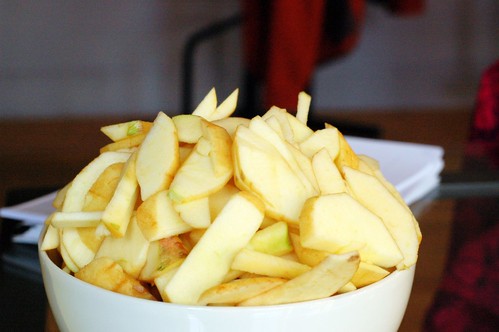 If I sound like a bit of a techie geek, I suppose it’s proof enough that for the last three weeks, I’ve been walking around like the living dead, somewhat. A bit off kilter, somewhat out of my element – as if I was missing a limb. After the camera was fixed, coincidentally I discovered that the battery went dead – and it took me another week to get the battery (weeknight and all do not allow for any kind of errands). 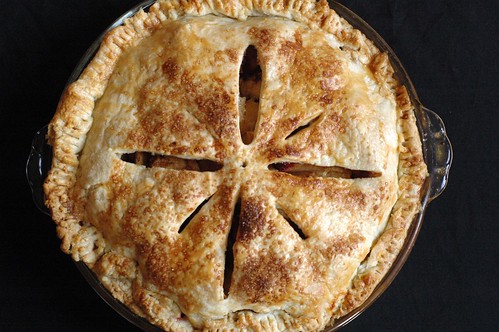 It was a dear consolation that the pie turned out well. Particularly after my summer pie crust scare and panic. Having never really failed at a baking project, the crust of the summer was a disappointment and a warning that not all could go smoothly in the kitchen. 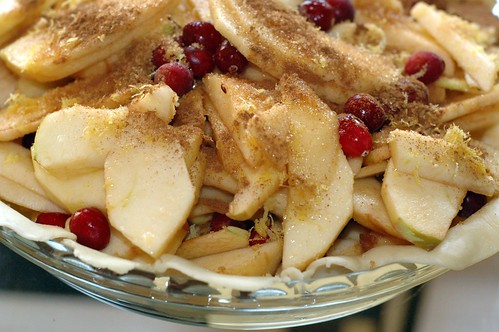 While I’ve done almost no cooking in the last three weeks due to work, I still have to post this recipe. It came from the Martha Stewart cookbook I very much love and use when I cook – I find that there are very few books I actually want to own. The crust in this recipe was everything I wanted a crust to be – buttery, flaky, easy to work with!! Making the filling was easy enough though I found that I needed fewer apples than what the recipe called for – I used about 5 apples, which I think is less than 3 lbs. I added about a cup of cranberries on my own – but you can keep this cranberry-free if you think it’ll be too tart.

Now that my camera is fixed, I can start taking pictures again, however, who knows when I cook next? And with a vacation right around the corner (San Antonio, Texas, here we come!!) I am hoping to at least capture some of the sights, sounds and tastes for you all to enjoy. 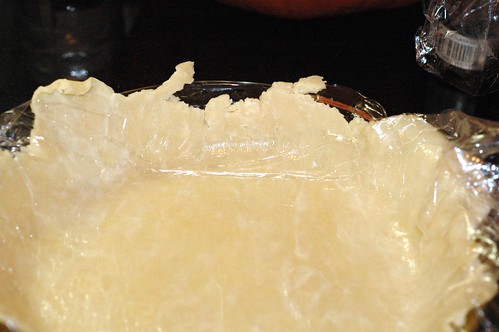 1. In the bowl of a food processor, combine flour, salt, and sugar. Add butter, and process until the mixture resembles coarse meal, 8 to 10 seconds.

2. With machine running, add ice water in a slow, steady stream through feed tube. Pulse until dough holds together without being wet or sticky; be careful not to process more than 30 seconds. To test, squeeze a small amount together: If it is crumbly, add more ice water, 1 tablespoon at a time.

3. Divide dough into two equal balls. Flatten each ball into a disc and wrap in plastic. Transfer to the refrigerator and chill at least 1 hour. Dough may be stored, frozen, up to 1 month.

1. On a lightly floured surface, roll out one disk of piecrust to a 1/8-inch-thick circle, about 13 inches in diameter. Drape dough over a 9-inch pie pan. Transfer pan to refrigerator, and chill 30 minutes.

2. Heat oven to 425 degrees. Whisk together the egg yolk and cream; set aside.

4. Roll out the remaining disk of piecrust as in step one. Brush the rim of the bottom crust with the egg wash. Place second piece of dough on top, and trim so 1 inch overhangs. Tuck the dough under, and crimp the edges with a fork or your fingers. Transfer pie to the refrigerator, and chill until firm, about 15 minutes.

5. Remove pie from the refrigerator, brush with the egg wash, and sprinkle generously with sugar. Cut four vents in the top, allowing the steam to escape.

6. Bake until crust begins to turn light brown, about 25 minutes. Reduce temperature to 350 degrees, and bake until golden brown and the juices are bubbling, 25 to 30 minutes. Transfer to a wire rack to cool. Serve pie with vanilla ice cream, if desired.