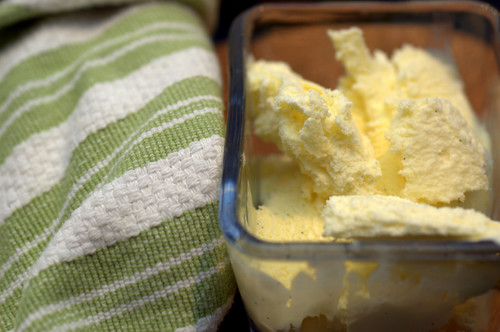 Perhaps, I aught to file this under “how to charm me”. Perhaps I should go no further than tell you that should you whisper sweet nothings mentioning such things as sour cream into a Russian’s ear, that they just might be yours forever. Or maybe just enough for you to charm them more. In any case, you are guaranteed to get their undivided attention. Or at least my undivided attention. I stop in my tracks where sour cream is concerned. At the moment, as I write this, two whole tubs of it rest comfortably in my fridge. Judge me if you will, but sour cream, to me, is a beautiful, beautiful thing. 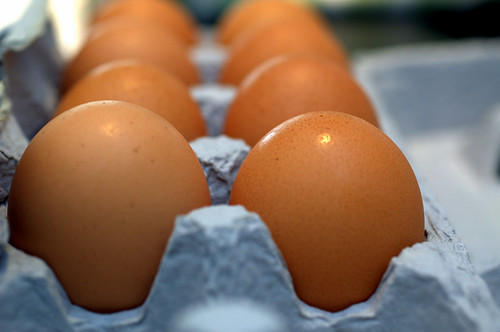 Sour cream is the Russia’s answer to pretty much everything. The topping of choice to entrees like stuffed cabbage, the dressing to many a salad, the dollop you whirl in your soup. It’s tangy, irresistibly clean and fresh and, this part I find utterly seductive, it’s sensual and luscious. It’s yogurt, but with a more sophisticated, fuller body. In Russia, if you were lucky enough to get your hands on sour cream that came from a someone’s farm home, you knew what you had on your hands. Thick, cream-yellow, buttery, it was the equivalent of dairy gold. We would spread it on bread and I would eat it with my eyes closed. I know, the way I describe growing up in Russia, you wonder why we ever left. Thick, golden sour cream on thick black bread? If there’s heaven on earth, this was it. 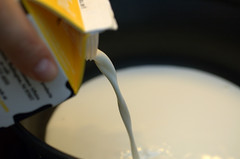 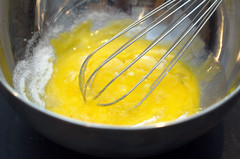 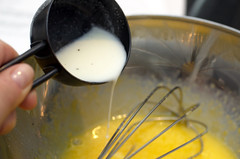 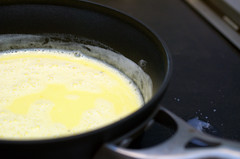 So you have to understand my excitement, when I came upon a recipe that suggested I take my favorite condiment and use it to make ice cream. With eight egg yolks. Yes, my friends. Let’s take that in one more time. Eight. Egg. Yolks. I can feel my knees getting weaker as I type this. Sour cream and egg yolks married together, infused with a whole vanilla bean and cream. It’s as if Gourmet magazine read my innermost thoughts. 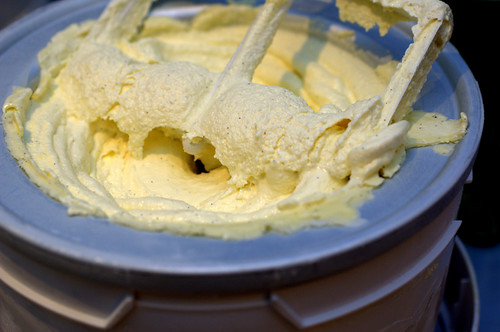 And while I think this ice cream is just the bees’ knees just as it is, you could raise it up a notch and try is as a sundae. It’s almost like your traditional vanilla ice cream, except the sour cream gives it that indelible tang, which I find a great deal more refreshing than plain vanilla ice cream – in this summer heat. 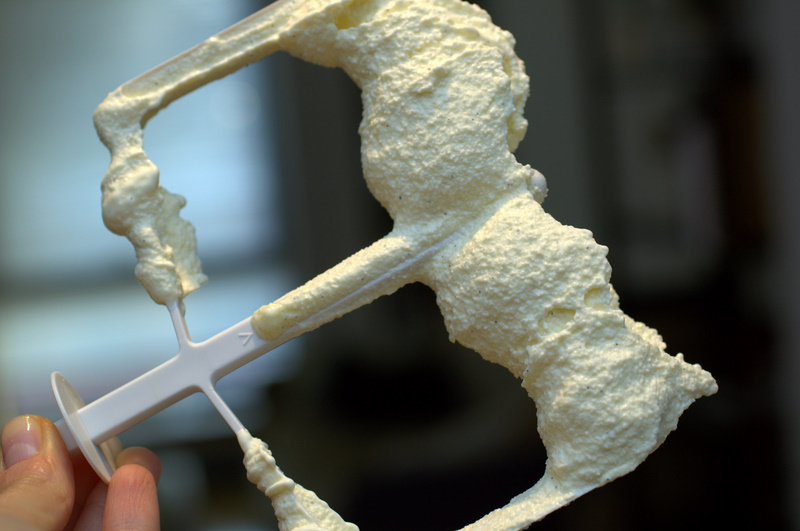 Besides, what else is there to do in this heat wave, but to make ice cream? You can see, I’ve been cooling myself off with this stunner and sometimes, even boiling water for pasta is too much. At the rate I’m going, churning batches of ice cream out with regularity, my little ice cream machine is just not cutting it. And I’ve been seriously contemplating graduating myself to a more sophisticated model. Because you know, I totally deserve it. And lest you think I am being totally selfish, I will have you know that I gladly share my ice cream with friends who drop in. Especially friends bearing cookies. 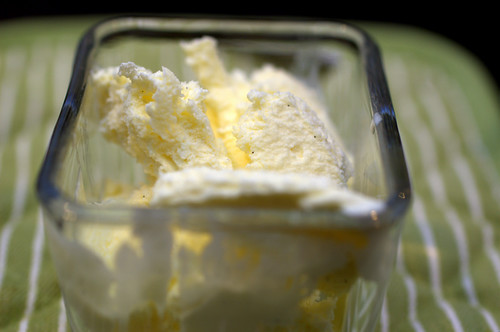 1. In heavy saucepan combine half-and-half, 3/4 cup sugar, and vanilla bean and bring just to a boil. Remove pan from heat. In a large bowl whisk together egg yolks and remaining 1/4 cup sugar. Slowly drizzle the hot half-and-half mixture in a thin stream, whisking, being careful not to cook the egg yolks. Return custard to pan and cook over moderately low heat, constantly stirring, until 170ºF on a candy thermometer.