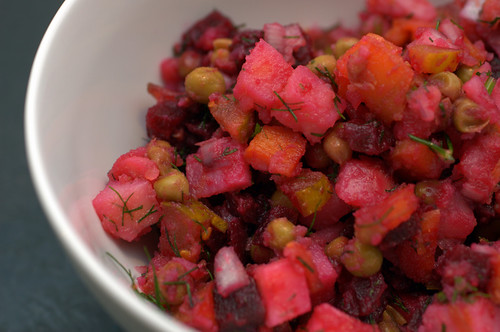 Okay, so clearly, I’ve a bit of a problem sticking with a writing schedule. I’ve been meaning to post this last week. But, you see, I’m becoming a regular at MGH, which isn’t particularly a good thing, and that place just takes the wind out of my sail. I’d like to think a hospital is not the kind of place you want to be recognized, unless you work there.

By now, you are all probably tired of hearing that I had yet another curve ball thrown my way, but that’s kind of what happened. And because I associate food with happiness and pleasant thoughts and joy, it’s difficult to write, never mind conceive of a way to connect this story to your senses, when you are thinking about things ending in “noma” and traipsing around various oncology wings in a hospital. When it rains, it pours. And let me hand it to you, dear 2009, you’re going down in my history as “la deluge”. In fact, I suggest we have an early break-up. You know, where I get to see other years? You haven’t been kind to me and I’m not the kind of woman who takes abuse sitting down. 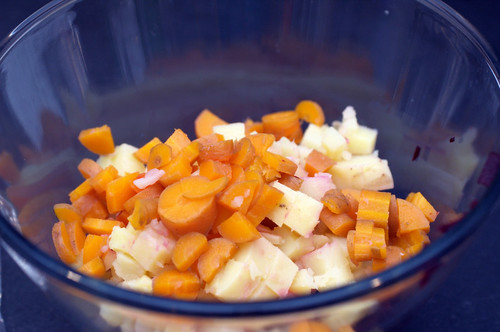 I won’t beat around the bush. Another family member of mine, this time my other grandmother, and my only remaining grandparent had to show up at the hospital to meet with her oncologist about a breast cancer diagnosis, so I went down to Boston to support her. The bad news is that this was another emotional hit for our family and we all took it pretty hard. But when the dust settled and once we met with the doctor, the good news came out. Short surgery. Self-dissolving stitches. Outpatient procedure. Allowed to shower the following day. In fact, the surgery should take about half an hour and then the extracted lump gets sent to a pathologist who’ll determine if radiation therapy is necessary. And, we were told, most likely, it will not be. So, bad diagnosis, but as good of an outcome as you can get given the circumstances.

Well, when life throws you lemons, you make lemonade, right? Right. In my case, I came into a nice little dowery of locally grown, beautiful beets. Beets. Beets? Really? No? No beets? No, really, come back, don’t go, you’ll like this, I promise you. 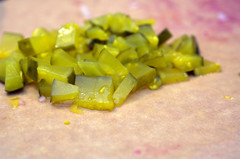 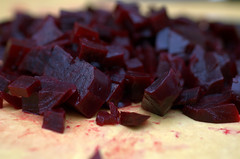 I feel like the poor beet is forever maligned in America. I remember mentioning once in middle school (I learned that lesson fast) about how much I loved beets and a boy sitting next to me smirked and said “Figures. All Russians smell like cabbage. Beets are gross.” While I have still no idea what cabbage had to do anything with beets, I’m guessing it was another vegetable he found disgusting. And I understand, beets aren’t easy vegetables to love. They’re oddly, deeply colored and they dye everything in sight a deep shade of magenta. They’ve got curious texture. They’re just not popular. They’re the unpopular kids of the vegetable garden. Like those kids in middle school who weren’t cool, but didn’t know it and ran for Student Council anyway. Beets try hard. They so badly want to be loved. And loved they are, at least in my kitchen anyway. By the way, I do not, nor have I ever (nor has any of my family immediate or extended) smelled like cabbage. Ever. 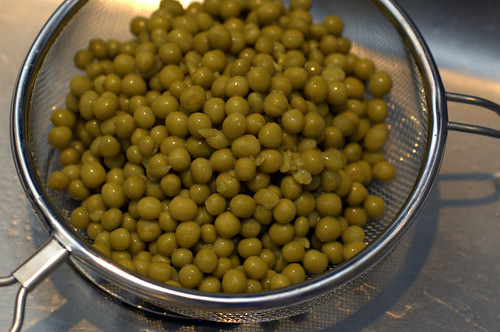 Now, to the point. Vinegret is a Russian beet salad made with potatoes, onions, pickles, carrots and other things. It is hearty. It is filling. It’s got a bite. I was told, and I cannot recall by whom, that vinegret was invented during Soviet times. I’m not sure if this is true or not, but it was a regular staple in our household and it tastes so Russian to me, that I wonder if there was ever a time Russians lived without it. We made it in the summer, when local beets were hitting the market, and we had it in the winter, when vegetable stores seemed to have little to offer by potatoes, carrots and beets. And then you wonder how those three came to be together. What would otherwise be a someone unexciting salad, it gets some edge from pickles and onions and an extra zing from a dash of dill. And while traditionally, you’d think of nothing else but sunflower oil to dress it with, all I had was extra virgin olive oil and it worked beautifully. 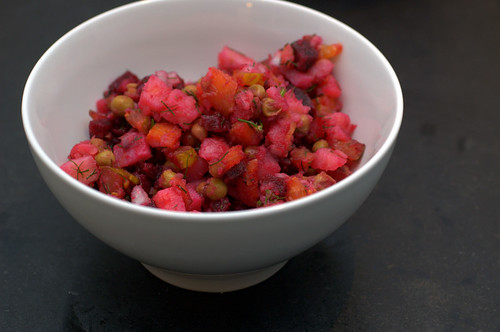 I’m in such vinegret-loving stage right now that I’m thinking I’ll have to serve this around New Years, to greet 2010, bidding 2009 a farewell forever. And the leftovers (that is if you have any) are even better the next day. Now, that’s something I can look forward to.

Ingredients:
4 medium sized beets or 8 small beets
3-4 russet potatoes
4-5 carrots
1 small onion
2-3 pickles, chopped
1/2 – 1 can of peas (I know, canned peas, how un-gourmet of me, but that’s how we did it in Russia!)
3-4 tbs freshly chopped dill
salt
sunflower oil

1. Cook beets, potatoes and carrots in boiling water until they are soft. Drain and place back in the pot and cover with ice cold water (this will make peeling a lot easier). This can be done the night before so you don’t waste time on waiting for your vegetables to cool.

2. Chop the onion and drain the peas.

3. When the vegetables are cool, peel them and chop into small, approximately 1/3 to 1/2 inch, cubes.

4. Mix the vegetables, onion, pickles, peas, dill together adding a few glugs of oil to coat.

5. Season with salt and serve immediately.