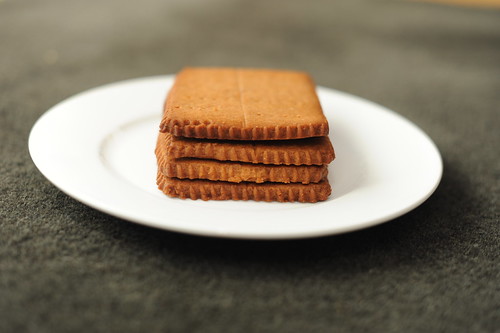 When I was in sixth grade, I joined the Girl Scouts at the great urging of my sixth grade teacher, Mrs. Sledge who, by the way, was a cool, cool lady. Apparently, it was the thing to do in our class, as all the girls joined and I succumbed to peer pressure. Mrs. Sledge happened to be our troop leader – she spent years in the Girl Scouts, ever since she had her daughters, who were now all grown up, married, and with kids of their own. 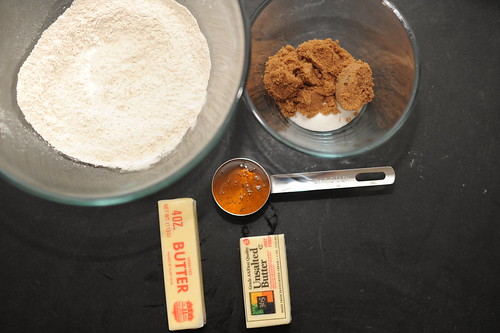 As a newly-minted Russian immigrant, trying to fit into a new school and make friends, I took her words as gospel and promptly joined, though the Scouts reminded me of the Young Pioneers Organization in the USSR. Since then, I was generally mistrustful of all groups where you had to pledge membership, and though I wanted to conform and be accepted, conformity, at its center, scared me. I tried to sell this idea to my even more skeptical father. Girls Scouts, I explained, were supposed to unite young women and boost confidence and morale. To which my father’s response was, as usual, “Read more books.” But while he wasn’t a buyer, he certainly didn’t stand in my way – he too wanted me to make friends. 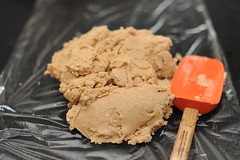 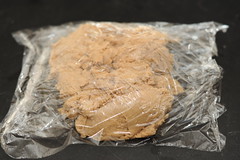 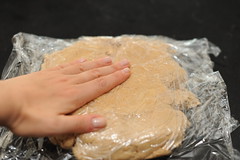 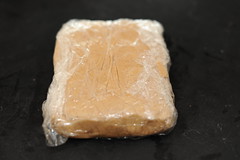 At first Girl Scouts seemed to me a musical version of home-ec classes. We did nothing more than gather in the music room and sing songs and learn how to sew on buttons. Well, the other girls had to learn how to sew on button. This kind of stuff is passed to you by your Russian grandmother at a very young age. I could sew on a button at four and around eight, I tried to knit a sweater. Anyway, songs and sewing got old really fast for me, but I liked the camaraderie and wanted to befriend as many girls as I could, so I stuck around. Attrition wasn’t going to be looked upon kindly. Middle school was a tough place for a new kid with an accent, odd clothes and an affinity for beets and cabbage. 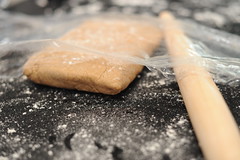 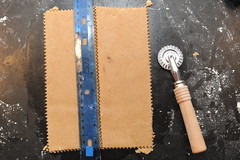 And just as I was getting really bored with the whole girl power get-togethers, we went on a camping trip. A real, sleep-in-the-tent-and-make-food-over-a-fire-camping-trip. We hiked, made gorp, slept in sleeping bags, and brushed out teeth with baking soda and water. And we made s’mores. 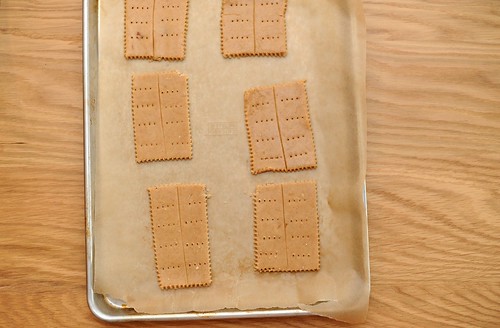 S’mores might not seem like anything special to you, dear readers, but that maybe it’s because you grew up with them. S’mores came to me at the age of twelve, like a bat mitzvah rite of passage, only instead of a anxiety-filled Torah portion, s’mores conjured up glee and delight [apologies to all who read their Torah portion with glee and delight.] Everything about a s’more was new to me: the marshmallow: burnt, and gooey; the chocolate: melted and oozy; and the graham cracker: crumbly and honey-sweet. 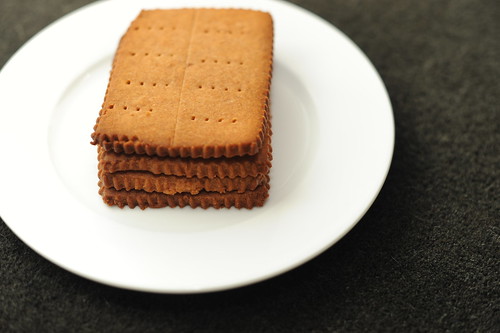 Graham crackers and I fell into an instant and torrid love affair. One bite sealed the deal. I couldn’t get enough. The slight kick of cinnamon, the hint of honey, the restrained sweetness – they all spoke to me. I made my parents buy a box with every grocery run. For years, graham crackers were my go-to snack. 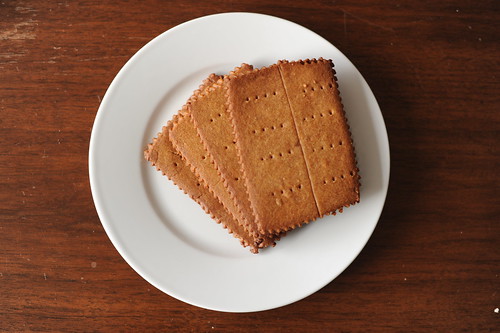 It would seem natural that I would have tried to make them at home, but it had never occurred to me, until Karen DeMasco’s book made its way to me, that graham crackers could be made at home. Yes, hello world, meet the slowest learner in the history of learning. That’d be me. I could have googled it or something, but sometimes the most obvious things aren’t so obvious? Having made them now, I can tell you that I will never, ever buy a box of honey graham crackers again. It just doesn’t compare. At all. Out of a box, they’re fine, but made at home, they’re just about heavenly. The dough comes together in a pinch and after some chilling and meticulous cutting (I blame my grandmother for all my kitchen OCD tendencies) – you have the cutest, tastiest graham crackers you could imagine. Buttery, laced with honey and cinnamon, it’s a decadent cookie on its own. But paired with some dark chocolate (think Scharffenberger!) and some homemade marshmallows (easier that you think!), your homemade s’more will reach a new sophistication. 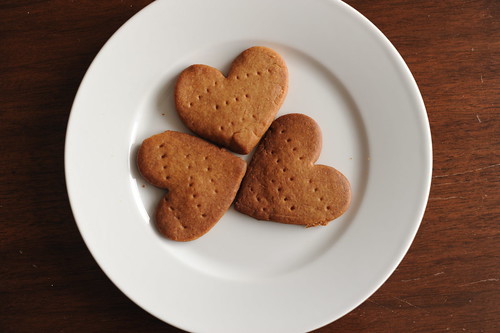 Now, all I need to do is plan a camping trip and bring these along. Maybe I wait a few weeks until it warms up?

1. Sift together, in a medium bowl, the all-purpose flour, whole-wheat flour, baking soda, and cinnamon. Add salt to already sifted ingredients. (The reason for that is that salt, Empire Kosher, which is what DeMasco here uses throughout the book, gets stuck at the bottom of the sifter, leaving you with a salt-less dry ingredients mix.)

2. Combine the butter, both sugars and honey in the bowl of an electric mixer fitted with the paddle attachment. Mix the ingredients on medium speed until they are well-combined, about 1 minute before adding dry ingredients, in 2 additions, letting the first addition be fully incorporated before adding the second.

4. Preheat the oven to 350 Fahrenheit and line two baking sheets with parchment paper.

5. Unwrap the chilled dough, and on a lightly floured surface, roll it out into a thinner rectangle about 1/8 inch thick. Using a ruler, and a pastry cutter, a sharp knife or a fluted pastry wheel, cut the dough into 1 1/2 x 3-inch rectangles. Use a spatula to gently transfer the cookie rectangles to the baking sheets as you go about cutting. Re-roll the scraps of dough once, and shape more cookies (I rerolled many a time, and it worked out fine!). Piece each rectangle with 2 rows of 4-6 marks, using a fork.

6. With the baking rack positioned in the middle, bake the crackers for 15-20 minutes until they are golden brown, rotating the baking sheets half way for even baking. Let the crackers cool on a wire rack.

The graham crackers will keep in an airtight container at room temperature for up to 1 week. If using frozen dough, allow to come to “workable” temperature” by placing in the refrigerator overnight.