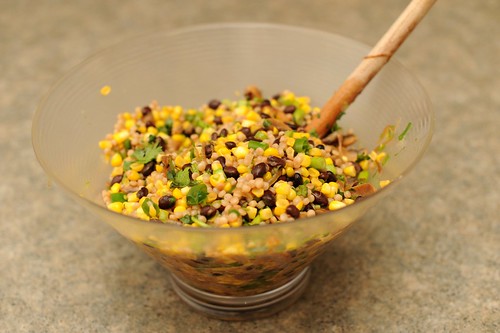 Last week was a bit of a whirlwind, and I’m still recovering. Darting between work and blog events and friends’ birthdays can sure be exhausting. I’m dreaming of a beach chair with an umbrella drink and hours upon hours of reading. Alas, a vacation is but a few months away, so I must comfort myself with periodic lazy weekends in Brooklyn! Brooklyn, you complete me! 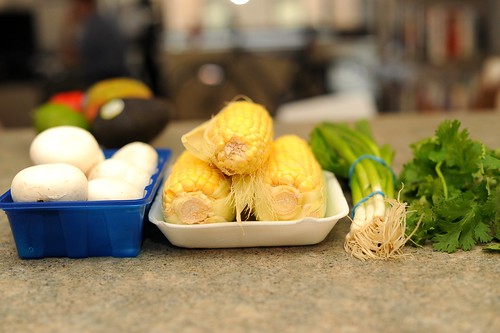 Well, dear readers, last week I got to check out the BlogHer conference in New York, and it was mere minutes away from my office – bonus! The impetus was seeing good friends in town, particularly the lovely Alice Currah, of Savory Sweet Life, who crashed at my place for the weekend and ate some of my homemade mango sorbet! I finally met Kamran, an old twitter friend (amazing what the interwebs has done for us, isn’t it?), in person. And I also got to met Ree, of the incredible Pioneer Woman, and Elise of the encyclopedic Simple Recipes, at the amazing party that Ree, Elise, and Jaden (of the spicy Steamy Kitchen) threw on the roof of the Peninsula Hotel. It was good to see some old friends there: Lisa, Deb, Marc, and Jennie. And meet some new ones whose blogs I’ve been reading for so long. Sadly, I missed saying hi to a few folks as well. Sometimes, it seems, we forget about face time, given how much time we spend online: working, playing, maintaining our lives. In person, face-to-face is so much nicer, I think. While Twitter and Facebook and blogs have been instrumental in building beautiful communities and bringing people together, there’s nothing like saying hello to them and shaking their hand, or hugging them because you feel like you’ve been reading them for so long, you’ve known them forever. 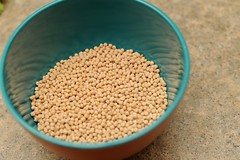 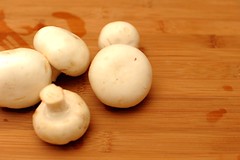 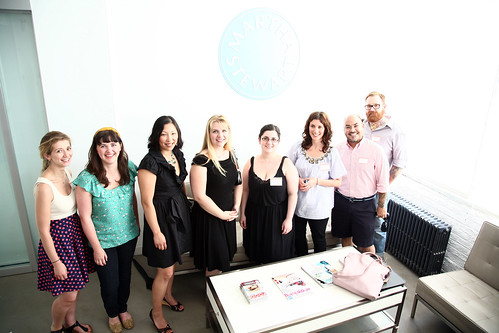 On the heels of the conference, the lovely folks at Martha Stewart Circle (see the turquoise circle on the side of this site? That’s them!) threw the most beautiful party for bloggers, with a private tour of the building for their charter members. I was elated to finally meet Mark Ganem, who looks after MC members, after we exchanged a flurry of emails, as well as other folks who work for MSLO (thanks, Amie, for sheparding me through). I finally got to meet Aran, the voice behind one of my favorite blogs, http://cannelle-vanille.blogspot.com/, and Matt Armendariz and Adam Pearson of Matt Bites. 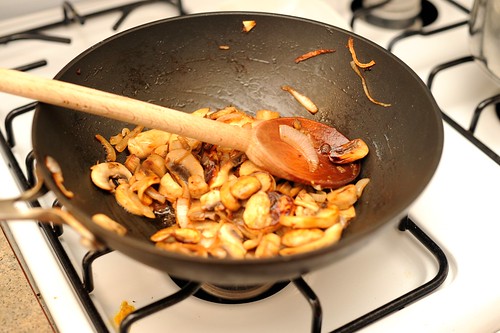 We were sent home with a gift bag full of Martha’s publications: Living, Everyday Food, Bride, and Whole Living, and I spent a good portion of the past Sunday curled up in a chair leafing through the complete stack. I remember getting a subscription to Martha Stewart Living at fourteen (along with Gourmet (sob!) and Bon Appetit! I devoured each new issue immediately upon its arrival. I think my parents were relieved I wasn’t reading magazines like YM or Seventeen, but by and large they were puzzled by my addiction. I clipped a whole bunch of recipes, but this one here – really caught my eye. I was contemplating cooking a Sunday supper, when I saw: Israeli couscous, fresh corn, sauteed mushrooms – sold! It sounded simple and fresh – summer embodied. 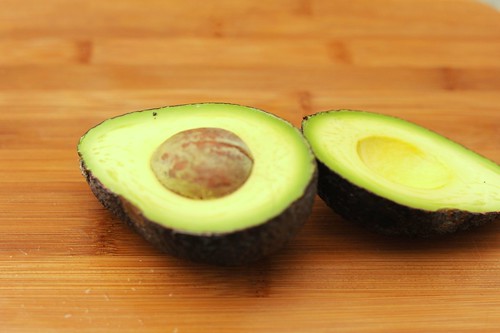 I loved the recipe, but made a few tweaks: upping the corn to three ears from two (because there’s no such thing as too much corn, don’t you agree?); and sauteing the mushrooms with the onions (because caramelized onions make everything, and I mean, everything better!); and throwing in some cilantro (because when you ask me to complete a sentence: “Corn, black beans, lime, jalapeno, and…”, I want to shout out “Cilantro!”) I realize all too well that to many folks cilantro tastes like soap, so if you’re one of those people, by all means do leave it out, but I think it works rather nicely here. Also, the recipe didn’t call for whole wheat couscous, but I wanted to try it and loved its hearty bite. 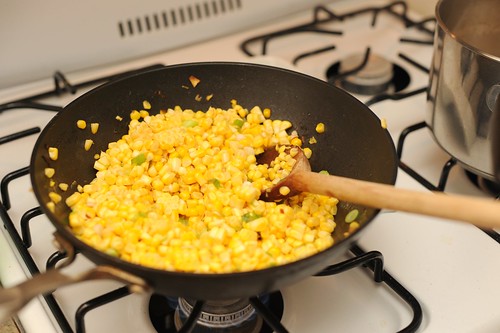 Perhaps the weekend following this one, I will whisk Andrew (my plus one has a name!) and myself to Prospect Park, armed with some Arnold Palmers, ripe tomatoes, olives and this salad. We might sit under a tree and read, and snack, and read some more. We might even nap. Summer is passing us by, and I don’t want to waste single moment soaking it in. It’s not quite a beach vacation, but I think it’ll do just fine. 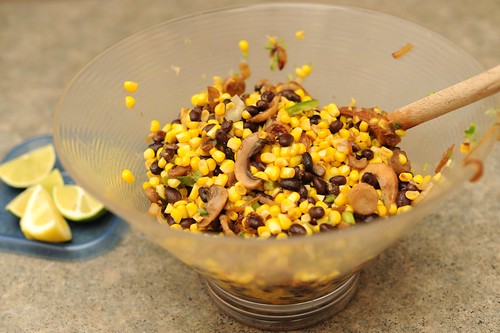 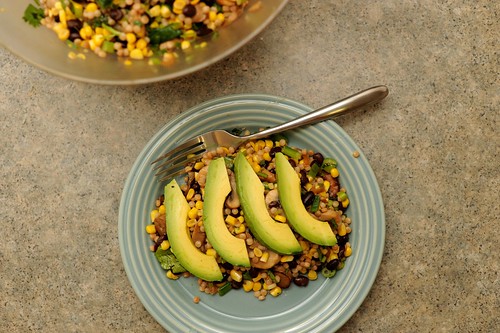 Oh Wait, there’s more!! Bonus! Lookie here, I made a wee bit video with the folks at Yahoo! Shine while at the BlogHer conference. I was egged on by Alice – she thinks I do well on camera, but I can’t quite bring myself to watch it. You be the judge!

Couscous Salad with Black Beans, Mushrooms, and Corn
Tweaked heavily from Everyday Food, September 2010 issue. Even though the magazine this recipe originates from is called Everyday Food, there’s nothing everyday, or commonplace about it – this could be a festive, celebratory salad fit for any party! It would also make an excellent picnic contribution, and actually tastes better the following day, after the flavors all “marry” and develop.

In a medium skillet, heat 1 tablespoon of olive oil over medium-high heat. Add the onions and the mushrooms and saute until the mushrooms are golden brown, about 10 minutes. Remove from heat and place into a large salad bowl.

In the same skillet, heat up another tablespoon of olive oil, and add the white parts of the scallion with the corn. Cook over medium-high heat for about 5 minutes,until the corn begins to brown. Season with salt and pepper, remove from heat, and place the corn/scallion mix into the same salad bowl.

In a medium saucepan over medium-high heat, heat 1 tablespoon of olive oil and add the couscous and cook, stirring constantly, until the couscous is golden brown and fragrant, about 4 minutes. Add the water, season with salt, and bring to a boil. Reduce heat to low, cover, and simmer until liquid is absorbed and couscous is tender, about 15 minutes.