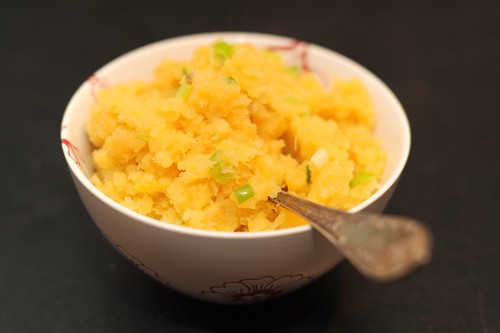 How did you ring in the New Year? Was it calm and quiet with you and just a few friends or your significant other? Or was it decadent and festive, a Manhattan in one hand and a caviar blini in the other? Me – I chopped off a piece of my finger while making lasagna, and were it not for Andrew stepping in and making the lasagna by himself (with me looking on), we would have shown up to our friends’ party one dish short. It all worked out in the end, trauma aside, even though I now type with nine fingers, while the injured digit rests all bandaged up. It really isn’t so horrible (I’m such a drama queen), but being that it’s my worst cooking injury to date, naturally I’m a little unnerved by it.

So coming off of a busy December, we plunge head on into a full January. 2011, I expect great things of you! There are changes abound, all of them good, but I’m because I’m a creature of habit, because I don’t seek out change on my own (a haircut, or new nail polish doesn’t count) I am, a tiny bit, laced with fear. In the last month since I hinted at some news, I got many emails guessing what these news might be. Suffice to say, they ran the gamut of typical things people “announce”. Well, I’ve kept you wondering long enough. So here goes. 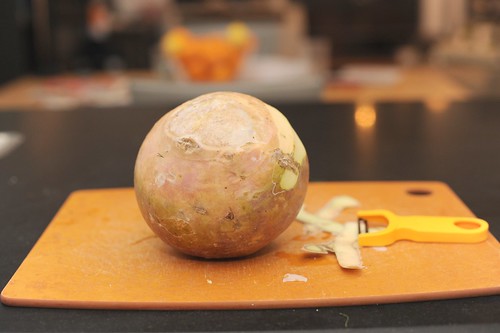 First things first. Andrew – he of the save-the-day-with-cooking-lasagna fame – is moving in. The Sassy Radish kitchen will become busier, more actively used going forward, since we used to spend weekdays at his Manhattan apartment and now it’ll be all-Brooklyn-all-the-time. I could try to write as to how excited I am by this, but words fall short of how I really feel. Andrew is the force unseen behind this site. He’s an editor, an idea-generator, a diligent dish-washer, a taster, a guinea-pig, a consumer of food, an enthusiastic promoter of chocolate and all things dessert, a cheerleader, a nurse (he doesn’t faint at the sight of gushing blood), a cloud-gazer, a navigator and finder of food destinations in foreign places where I manage to get us both lost, and a lovely partner in crime, whatever the crime may be. Before Andrew, I had a pretty good life. I was happy and busy. But I was peeking into the world I really wanted to inhabit, too scared to jump in. I was like that kid who would press her nose against the foggy glass from the outside, watching a party she wasn’t a part of but a party she desperately wanted to join. Andrew’s given me that additional boost, that confidence. He believes in me so much, particularly during the moments when I doubt myself. And in the last eight months my life has been brighter and richer than ever before, and he’s made me feel that I can really accomplish anything. He makes me feel like the superhero version of myself.

Which brings me to announcement number two. In the last several months, Andrew and I would talk at length about our dreams and passions, and in the course of those conversations one thing became crystal clear: I needed a redirect, a change, a new course. So, as of February 1, I will no longer play a finance geek by day. I’m going to take a giant leap and hope that the universe will catch me. I hope to be cooking and writing, to spend more time here in the process, to jump into this world I want, to reshape my life, my career. I have some projects in the works I’m excited about, but overall it’s a clean slate, a blank page. I have so much to learn: cooking techniques, applying for freelance assignments, things I don’t even yet know I have to learn. I know that as events unfold, I will figure them out. And I know that everything will fall into place. I have that faith and I’m determined to make it happen. I now realize that you, and only you, have the power to reshape your life, make giant leaps, take on risks. I’m excited and, at the same time, scared. To go from a structured day sitting at a desk to an unstructured one can be daunting, but I have faith that everything will work out. And Andrew has been there to cheer me on in my moments of doubt and weakness. 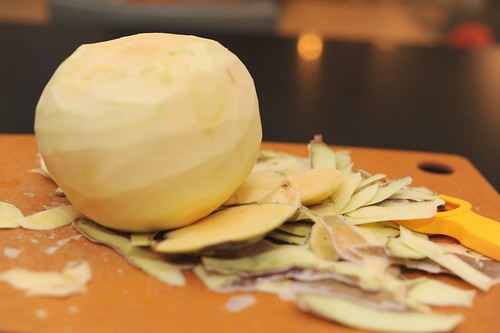 For many years now, I have suspected that the practical choice of going into finance as a career was not my calling. I’ve liked some things about my job and I got really good at it. But I’ve never felt alive about, never leaped out of bed to check the business news (to this day I don’t even know what channel CNBC is on), never knew (unless an epic event occurred) whether the markets finished up or down. From time to time I’d share my frustrations with friends and family, who, at times, would hint that maybe I should make that leap. I just wasn’t ready. But the clues were there. All my magazines were either literary or food-related. Mysteriously, Business Week started to arrive at my doorstep, but would find its way to the recycling bin, unopened. But come every Wednesday, I’d read the New York Times’ Dining section cover to cover before I’d even showered. And that tells you something. It’s time to make that change. Time to make and let things happen. Time to follow my dreams and passions.

Today I have something very simple for you – rutabaga mash. I used to make it for myself in college when I lived on a ridiculously restrictive budget. And it was the sort of a simple and comforting meal that would ground me in moments of uncertainty. I would just make some mash, put on my fleece trousers and curl up on the couch watching the snow fall softly. Rutabagas were practically free in Pittsburgh, no doubt confusing many shoppers with their rather unattractive outside. Just look at them – beauties they are not. If you quietly listen in the green-market, I’m sure you can hear a rutabaga whimpering about how it’s the second ugliest vegetable to celery root. But beneath the unattractive exterior lies something delicious. Peel a rutabaga and your kitchen will be filled with its sweet, earthy perfume.

I had forgotten all about this mash after college. Which is a shame, because when the weather gets frigid, it’ just about the loveliest thing to eat. It’s a nice switch to mashed potatoes and it’s so perfectly wintry. So it’s been years since I made this, but a few weeks ago, when Andrew and I decided on having a vegetarian supper I was looking through some cookbooks for inspiration, and found it in the Canal House books. Their rutabaga mash, like mine, is less of a recipe and more of a rough guide.

But the following sentence caught my eye and has become my favorite cooking sentence ever. After advising you to season the mash generously, you are to “add as much butter as your conscience will allow.” Which is to say that my conscience will allow a very generous hunk of butter to descend upon my rutabaga mess. The Canal House preparation for this, like mine, is simple, because rutabagas are just perfect without much fussing about. With the addition of butter and some salt and pepper, they are transformed, and I used to add caramelized onions to mine. The Canal House suggests chopped scallions instead. Both versions are good, but I prefer mine a little more because I think most things are made better by caramelized onions. Go ahead and try them both ways. And if, given the new resolutions and all, butter is off the menu, reach for the olive oil – it is, after all, mere days after the New Year. Though, by the same argument, it is only the beginning of the year – and the possibilities, I hope, are endless.

And so I am excited, elated, exuberant about the possibilities. And I am grateful, so so grateful to all of you for your support, encouragement, time. Thank you for coming here and sharing this space and cheering me on. Without you, it wouldn’t be the same or fun. You are all a source of support and inspiration to me – and I hope that in the year to come we continue to share stories, recipes and memories here. I can’t wait.

*Huge thanks to Russ for putting together the cutest root vegetable graphic in history!

If you want to experiment, you can play around with add-ons to your mash. Besides caramelized onions or scallions, there are plenty of other options. Some green peas, perhaps, or caramelized leeks would go great with the mash. Maybe you want to add some roasted garlic – just a few cloves will do that trick. Play around and see which accent you like the best!

Place rutabagas and potato into a large pot of salted cold water. Bring everything to a boil over medium-high heat. Once boiling, reduce the heat to medium-low, cover the pot and cook for about 60 minutes, until the rutabagas are tender and easily pierced with a fork.

Drain the vegetables. In an empty pot, over medium heat melt the butter, and when melted return the rutabagas and potatoes back into the pot and mash with a potato masher until you get a smooth mass, with a few lumps here and there. Stir in caramelized onions. If you want to add scallions, add them while the butter is melting and cook for two minutes before adding the rutabagas and potatoes. Season with salt and pepper. And, as per Canal House instructions, “add as much butter as your conscience will allow.”