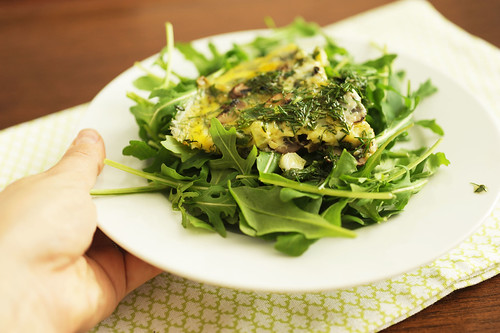 In a few days our household is going to grow by one more. No, there’s no bun in the oven, so to speak – we’re not having a baby. If you start seeing recipes combining peanut butter, pickles and ice cream, you should start to get suspicious, but you can rest easy for now. Our household is temporarily expanding because Andrew’s younger brother, Russ, is coming to live with us while he is studying at the Cooper Union for the summer. One bedroom, an air mattress, and three people. Sounds like a script for a prime time sitcom.

Someone asked me the other day if I was dreading it – adding another person to a small New York one bedroom. I know that many people would be. I know that given my anxiety over clutter and disorder – I should be. But I’m not. I love a full house. I love the extra commotion and the noise that comes with it. While it’s nice to be just the two of us, but with another person it’ll feel like an actual family. 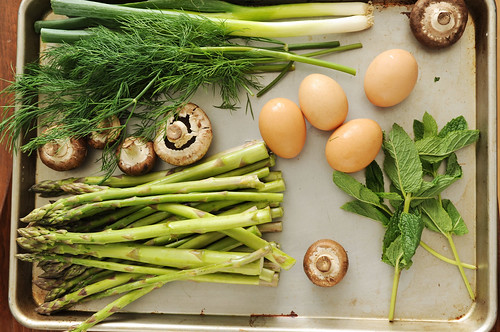 A couple of weeks ago, Russ and Andrew’s mom stayed with us for a few days – and it was great. We even managed to squeeze in a morning of wedding dress shopping. We wound up getting the dress the following day in Boston (read: dress! found!! hooray! and!! it has pockets!!!) – so that’s out of the way. Finding a wedding dress was the easy part. Now we have to plan the rest of the event.

In the last month of ruminating on locations, guests, dresses, caterers, photographers, cakes, favors, libations, and what-have-you, I’ve more than once contemplated eloping. Except that it would make our parents very sad. And plus, we want our family and friends to be there on the big day when we say “I do,” and eat lots of cake. Or pie. 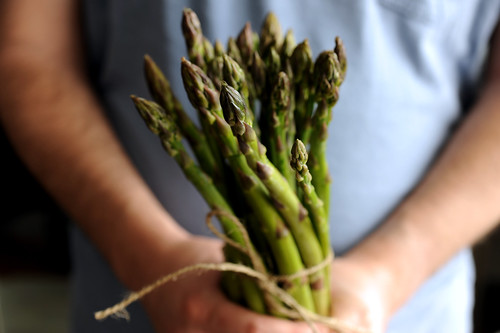 I’ve been thinking about wedding pies a lot lately because (and I know many of your will disagree) I kind of prefer pie to cake. But since cake is sort of obligatory, we’ll have that as well. The bottom line is – we’ll hopefully eat some of both. We’ll toast one another, our families, our friends. And we’ll dance the night away, carefree and a little buzzed. And hopefully everyone will be grinning from ear to ear – including us. I expect my face to hurt from smiling so much. That is what I think a wedding should be – smile until your face hurts.

I think about the wedding itself quite a bit. Not in the sense of logistics, nothing like that. I think of it as just a party with pretty whitedress. And families coming together. Four generations big and small, all uniting together. I think about my favorite childhood moment – all involving great gatherings of people – and I think, well, this is just great! Our favorite people all in the same room together! How much better can life get? 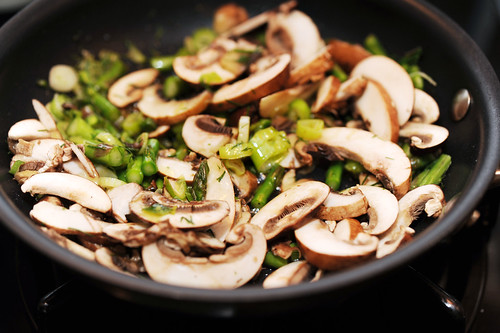 Today, I was going to spend an hour researching venues and maybe calling a few. That turned into a multi-hour affair. Oof, I can already tell this is going to take way longer than any party I’ve planned before, that’s for sure. Yesterday, I called up a farm in the North Shore area of Massachusetts and asked them about Saturday weddings – turns out they’re booked until 2013 (!!!). 2013, people – we’re not even halfway done with 2011!

And so in trying to create a workable spreadsheet of wedding things (of course, it’s a spreadsheet, knowing me!) I kind of lost track of time, and well, wasn’t really sure what to tell you about this frittata here.

I’ve made it a few times – once for lunch for me and Andrew – it was a hit! Once for Andrew’s mom and brother for breakfast when they stayed with us – again, a hit! And once for myself, when I was feeling particularly famished, and ate the whole thing (4 eggs!!) – obviously a hit, since I (duh!) ate the whole thing. 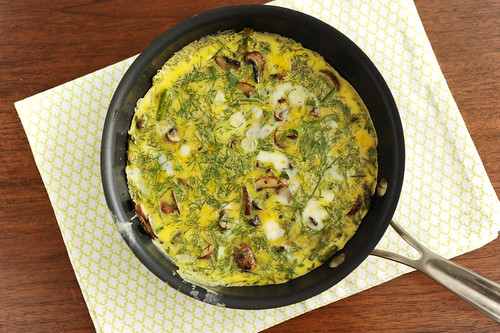 There’s really nothing to it – you’ve had frittatas before, but what makes this one different is how it’s cooked – on low heat, letting the eggs gently transform from a liquid into a delicate custard.

The first time I ate it, I just knew, this is what a frittata should taste like – not what I’ve had before. It’s what an egg always wanted to be – cooked just like this, to become something ethereal and luxurious. You’ll know what I mean when you make it – you might never make your frittata differently.

1. Position the rack in the middle and preheat the oven to 250 degrees F.

2. Heat 2 tablespoons olive oil an 8-inch skillet over medium high heat, until shimmering. Add the scallions, the asparagus, and the mushrooms and cook, stirring occasionally, until lightly browned 5 minutes. Remove from heat and set aside for 2 minutes.

3. In a medium bowl, whisk together the eggs, milk, 2 tablespoons dill, salt and pepper. Pour over the vegetables in the skillet and place the skillet in the oven.

4. Bake 15 to 17 minutes, until the eggs are just set, but are slightly jiggly in the center. Remove the skillet from the oven and set to cool for 5 minutes.

5. In a small bowl, whisk together the lemon juice, mint, remaining olive oil, and the remaining dill. Serve slices of the frittata over a bed of arugula, drizzled with the olive oil-lemon-dill dressing. Sprinkle some flaky sea salt and add a pinch of pepper if you like.