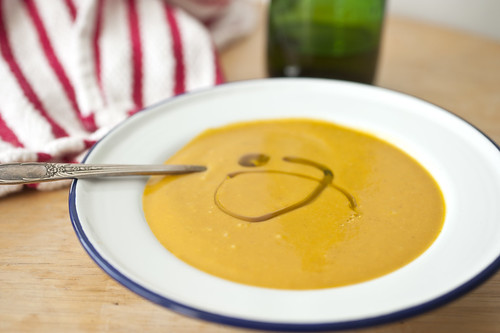 Andrew and I braved the weather and went out in the morning for brunch. After nine days of being apart, we wanted to spend some time together so we braved the weather – the storm wasn’t due for hours. We walked over to the Clover Club, our favorite neighborhood spot for brunch, weaving and bobbing between the streets, and ordered our food: both of us were craving lamb burgers. I so rarely order meat these days, I get so excited when I’m craving it. And believe me, that lamb burger was the best thing I ate that day. It hit the spot, that’s for sure. 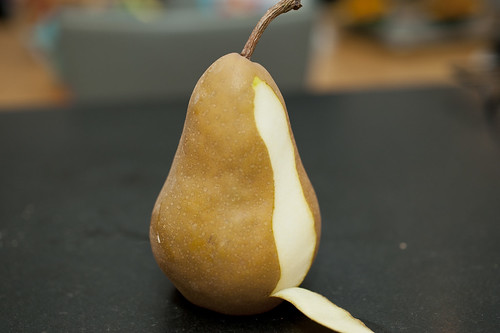 Anyway, while we were waiting for our lamb burgers to arrive, the snow started to fall. Slowly at first, and then faster and faster, in large, heavy, wet clumps. For a few minutes it almost looked like a blizzard was coming. It came fast and furious, landing on awnings, parked cars, passers-by. A few people darted by with umbrellas, but it was clear that the umbrellas did nothing for them. Andrew, for once, was unprepared for the weather, and on our walk home his hands were stuck in his jacket pockets, and his neck – hiding in the collar.

Much as I wanted to make soup that very night, I just wasn’t up for it. There are days that I want to part ways with my kitchen (is that even okay to admit to here?), and Saturday was one such day. After a grueling week, I was utterly exhausted. All I wanted to do, which is pretty much what we wound up doing, is sit on our couch, watch The Daily Show and Parks and Rec episodes, drink black tea with milk, and read. Forrest, true to his form, must have broken a napping record – he was, for all intents and purposes, asleep all day, his bowls of food and water virtually untouched.

But the soup idea lodged itself firmly in my head. When it’s snowy or rainy out, the winds are howling, and it’s a perfectly good excuse to stay in – make soup. Soup is a forgiving thing; it takes whatever you have on hand, and with time, reduces it to a thing of beauty that nourishes from within. And this time of year, our house is full of squash. Butternut, acorn, kabocha, cheese pumpkin, sugar pumpkin – you name it – it’s probably hanging out somewhere on the counter. I’m sure they’re making friends even as I write. 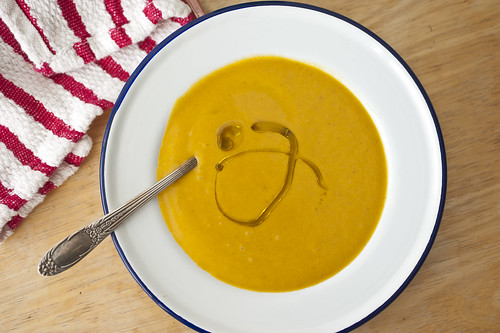 Two days later, while puttering around in my kitchen, thoughts of soup came up again. I took one look at our squash overabundance and pointed to a butternut squash all happy and upright and terracotta-colored. “You,” I said, “will make excellent soup.” Nothing from the squash – I assumed it felt fine about its fate. A few Bosc pears were lying around on the counter as well. Butternut squash and pears sounded just perfect, especially, with some garam masala, and soft, warming heat of the smoky paprika. From start to finish, the soup was done in forty minutes. Everything fell apart, grew soft, and slumped as if giving up on forms and shapes. Pureeing everything smooth in our new superstar of a blender (a generous engagement gift from some lovely folks) along with some coconut milk yielded a silky smooth soup, luxurious, lush on the tongue. The texture reminded me of a lobster bisque I once had the famed Lutèce before it shuttered its doors. That was a time! I was twenty-two and snuck out of the office, during Restaurant Week, to sample the old-school French cuisine. To my boss –I was at the dentists; and in my defense, it was in the direction of the dentist. I could’ve accidentally taken a detour, distracted by fine French dining. I’d never before been to such an old-school place, where everything felt like a bygone era. And the memory is faint in my mind. I remember sitting upright, I remember my wine glass being refilled a few times (some dentist!), and I remember the texture of this soup. And years later, with a blender in my arsenal of tools – this silky soup’s texture is within my reach.

Which kind of makes me wish for – dare I say it – more snow in the near future.

1. In a 5-quart heavy bottomed pot, over medium heat, heat the oil until shimmering. Add and sweat the onions, 5 to 7 minutes, until lightly browned. Add the garlic and let infuse for 1 minute. Add the garam masala and the paprika and stir to combine. Cook for 1 minute. Add the squash and the pears, cook for 2 minutes. Add in the stock, the salt, and thyme. Bring everything to a simmer, and cook until squash is fork-tender about 20 minutes. Discard the thyme.
2. Puree, in batches if necessary, in a blender until silky-smooth. Return to the pot and stir in coconut milk. Taste and adjust the seasonings. Serve with a pinch of freshly ground black pepper and a drizzle of your best olive oil.