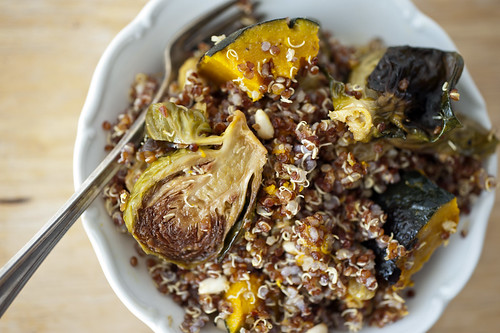 Hello, friends! It’s been while.

Sorry for the long silence. I’ve been meaning to write for quite some time. I had plans to post a week ago, in fact, while I was in LA for the IFBC Santa Monica conference. But that was the day I felt like the death was coming over me and I wound up sleeping all day in the hotel. 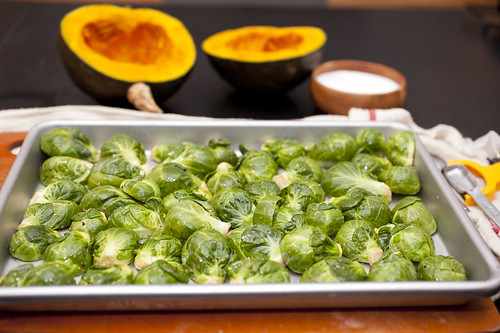 To fly across the country only to pull the covers over your head and pass out like it’s going out of style seems like an expensive way to nap. Nothing like feeling dead for a conference where you’re slotted to speak. My topic was “Writing About Food and Culture”, a topic that felt ironic to me given that I barely ate throughout the entire conference (save one dinner with a friend). A few bites here and there, no more. I couldn’t stomach it.

Before I took my afternoon long nap on Thursday, I was driving around the city with Andrew Scrivani (my suite mate for the trip) looking for lunch. We went to one of his favorite sushi joints where I ate precisely three pieces of sushi. Three. And then I drank four cups of green tea because I was achy and had the chills.

Sometime en route to the hotel, I got an email from a friend. It was one of those things you forward on to others, and this one was about what it was like growing up Russian. Things like if your mom makes you something to eat and you say you’re not hungry, she responds with a, “What, you have to be hungry to eat this?”; or you don’t understand why not everyone sleeps under a down comforter year–round.I found these hysterical; I was reading the email to Andrew (with translations) and we were both howling. I mean, THIS IS MY LIFE, people. And I sleep under a “summer” down comforter when it’s warm out, but let’s face it – it’s still down.

I’m spread a bit thin these days juggling a few things here and there, but mostly a project that’s requiring a lot of my attention this month and possibly the next. I’ll leave it at that – but the end result is: I simply write and post less. I’ve all but abandoned the blog. Hello, are you there, blog? 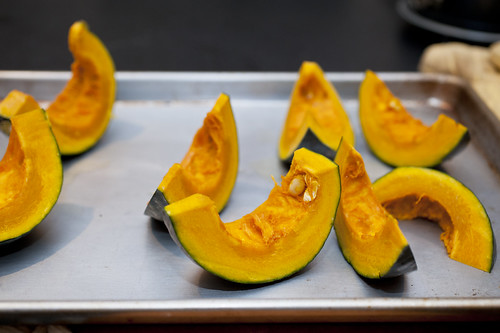 It’s entirely possible that by the time I finish writing this, the blog would’ve up and left.

I certainly hope that it doesn’t happen, but there are no guarantees in life as far as these things go. 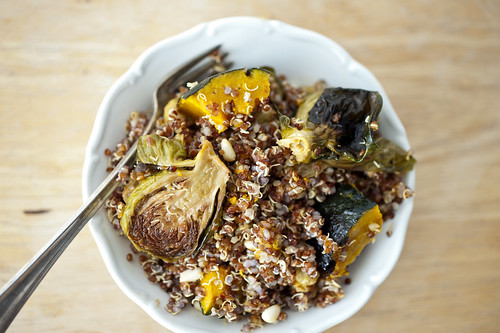 There are, however, guarantees in other things; like things in the kitchen. For instance, it is a well-documented fact that brussels sprouts, when roasted, reach a state of deliciousness ne plus ultra. Ditto for small, sweet, orange pumpkins that your fiancé picks up at the farmers’ market. And if you throw all that together with some quinoa, you have the makings of a delicious supper, or a Thanksgiving side that, dare I say, is also quite good for you. Are such things possible, that this is a side dish that my mom can serve and her diabetic-friendly Thanksgiving table; and a vegan could share with his like-minded friends; and someone who keeps a gluten-free diet; and it also happens to be kosher? Have I suddenly uncovered the Thanksgiving dish that can appeal to all but the most confirmed brussels sprouts haters? (Because let’s face it: no one truly hates a pumpkin. That vegetable carried Cinderella to the ball all the while disguised as a carriage – it is pure magic!”

Perhaps, it’s not a one-size-fits-all dish, but it gets pretty damn close. And I’m okay with that.

Quinoa with Brussels Sprouts and Pumpkin

1. In a 4-quart pot, combine the quinoa with 3 cups of water, 1 tablespoon extra-virgin olive oil, and 1/4 teaspoon salt. Bring to a boil, reduce heat, cover and simmer for 10 to 15 minutes, until the water has been absorbed and the germ of the quinoa is visible. Remove from heat, fluff with a fork, and set aside.
2. Preheat the oven to 400 degrees F. Brush the slices of squash with olive oil, and in a large bowl, toss together the Brussels sprouts with 2 tablespoons olive oil, 1/4 teaspoon salt, and 1/4 teaspoon black pepper. Roast the squash and the sprouts on two separate pans (Brussels sprouts cut-side down) for 30 minutes, until nicely browned and the squash is soft when pierced with a knife. Remove from the oven and cool.
3. Meanwhile make the dressing. In a small bowl, whisk together zest of 1 lemon, juice of 2 lemons, the garlic, Aleppo pepper, 1/2 teaspoon salt, and coriander. Let sit for 2 minutes to infuse. Add the remaining 1/4 cup of olive oil and whisk to emulsify.
4. Transfer the quinoa, the squash, and the Brussels sprouts to a large bowl. Add the raisins and the pine nuts, toss a few times to loosely combine. Pour the dressing over the salad and toss to thoroughly distribute. Taste and adjust the seasonings.