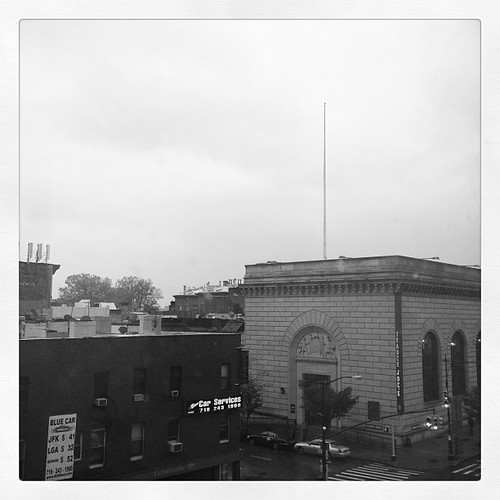 As Hurricane Sandy is mere hours away from New York, I’m trying to put on last minute touches on our home preparedness. I found two glass juice containers and filled them up with filtered water. While making eggs this morning, I spied some mushrooms in the back of the fridge and fried them up as well. The possibility of wasting food doesn’t sit well with me, so I’m doing the best I can to use as much as possible, while Andrew gives interviews to Canadian Television and Sky News – the celebrity that he is.

We’re hunkered down here in Brooklyn Heights, and it seems like the neighborhood is ready for the storm. The Subway sandwich shop across the street is closed as well as a halal butcher a few doors down. The streets look nearly deserted, save for a lonely runner earlier this morning and a man walking his dog – an unusual, calm feel for a usually-bustling Atlantic Avenue.

Seeing as I’m a chronic list-maker, I came up with a list of things I could do should we lose power. And even if the power remains (that would be optimal), we still have to stay indoors. Like a little forced time to just be still and cozy, right?

So here is my list, thus far, of things to do during Hurricane Sandy. What are your plans for the storm? 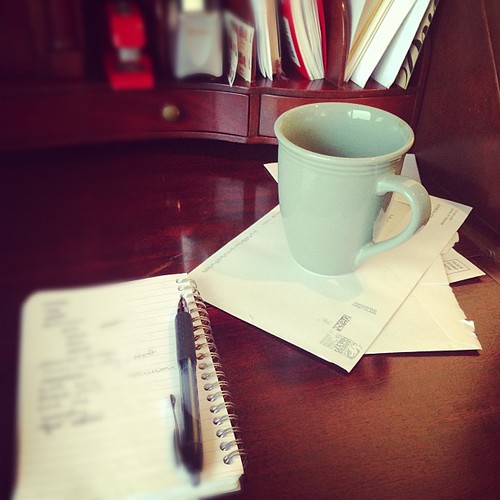 1. Finish book 5 of Game of Thrones (top priority!)
2. Finish “The Oath” by Jeffrey Toobin (on my Kindle, which is fully charged)
3. Finally pack up all my summer clothes and put the winter ones on the shelves. DONE!
4. Eat lots of peanut butter & jelly sandwiches.
5. Snack on our ghoulish cheese crackers.
6. Learn to take naps.
7. Try writing longhand (something I haven’t done in ages).
8. Read through my growing pile of magazines.
9. Finalize Thanksgiving menu.
10. Sew on buttons to coats, sweaters (long overdue projects). DONE!
11. Eat more banana bread.
12. If I had stuff to knit with, I’d knit (used to love to do it).
13. Read through my new cookbooks and make a list of dishes I want to cook.
14. Make Alice Medrich’s brownies. DONE!

How about you? What are you doing during the storm? How are you passing the time?