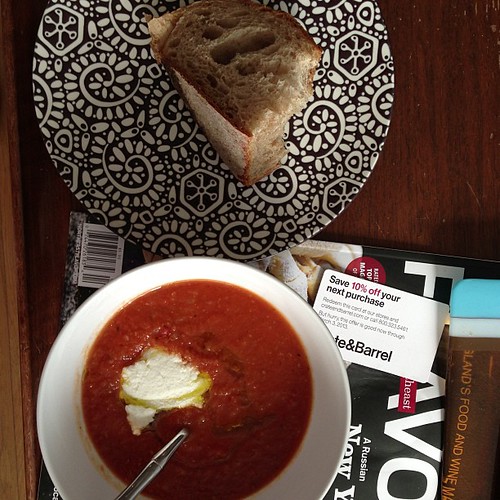 Happy Friday, folks! Hope your weeks were fruitful and went by fast – and that your’e ready for the weekend! But seriously, who isn’t ever ready for a few days off, right? We’re about to enter March, which means, winter is going to be soon behind us! I can’t believe two months of this year flew by already. Crazy.

If you haven’t yet, head over to the previous post and learn the scintillating (zzzzzzz….) difference between baking powder and baking soda. I’m also giving away America’s Test Kitchen, The Science of Good Cooking – leave a comment by March 3, 11:59pm sharing with all of us your favorite kitchen trick, tip, or technique and you’ll be entered to win the book. So far, the tips have been nothing short of fantastic and when the giveaway is done and decided, I’ll do a highlight of some of these to share with everyone.

And now… on to the links!

Great news: Locally-grown food is now having a national impact.

Cutest kitten in the world (save, of course, Forrest)

I know it’s cute and hipster-chic to love owls, but I’ve always loved them in real life (as opposed to a design detail) – and this article on owls proved mesmerizing. They are such amazing birds.

Independent bookstores, including my neighborhood bookstore, are fighting Amazon’s e-book practice. I say more power to them.

Marissa Mayer, Yahoo!’s CEO has recently instituted a policy that mandates all employees come in to work and not telecommute. The Atlantic offers a great rebuttal to her mandate, most notably that working from home, can make you more productive. I couldn’t agree more. Studies have repeatedly shown that someone who endures a long commute is like to be less productive, have less time to do something like go to the gym, and get sick more often. It seems a step back in progress, not forward.

What I’m cooking this weekend.

Also, Joy made beignets and I’d like some right now.

Some craziness out of our 49th state challenging federal law. The Alaska state senate passed legislation Monday that would make it a felony for a federal official or agent to try to enforce new restrictions on gun ownership. [sigh]

RIP, Fung Wah bus. For anyone traveling between Boston and New York using a Fung Wah bus, well that time has come to and end. The Feds have shut the service down citing dated equipments (buses).

Why you can’t order cable a la carte. About a month ago, we cancelled cable. Then we were twitchy for ten days (we’re big news junkies) and reordered it again at a reduced rate. I can tell you, in all honesty, that we watch fewer than a dozen channels, and I can name the number of just one: MSNBC (which tells you how little tv I actually watch). I really wish that you could order cable challens a la carte and only pay for what you need. It seems like a win win for everybody and cable companies might make even more money getting folks who are budget minded to sign up for a humble channel offering.

We found our son in the subway. Deeply moving and poignant.

And finally, this piece on the psycho-sexual ordeal of reporting in Washington. Spot on and succinct.

And on that rather serious note, I bid you all good weekend!