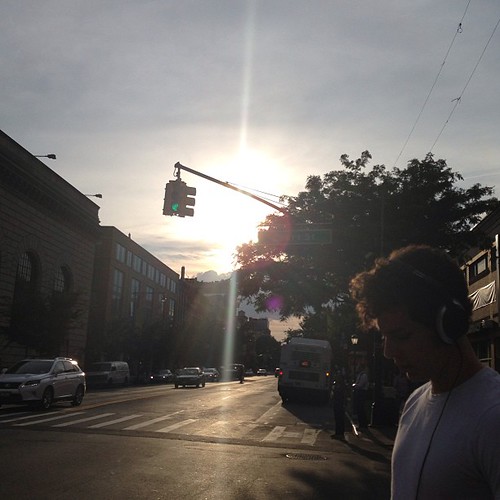 Happy Friday, friends. It appears that the new schedule means I only have time to test recipes for new (paid) projects, leaving my own enterprising recipe testing efforts somewhere well behind. Coupled with this, I’ve also been dealing with some persistent shoulder pain that has become annoying (and pervasive) enough that I seem to get no relief from anything. So yesterday, after weeks of being uncomfortable, I went, anxiously, to see an acupuncturist for the very first time in my life. When it comes to needles, I’m a sissy of the first order, and spent twenty minutes of my “overview” appointment being calmed down by the practitioner with him assuring me that I really, truly, was going to come out of this experience alive. And here I am writing about it and shaming my scared self. It’s too early to tell whether or not acupuncture is working, however, as warned, I did wake up with sore shoulders, as if I’d been lifting weights the day before, so maybe that’s a good sign? The total bummer about this shoulder ache, however, is that I’m not allowed to do yoga, lift weights, or run (since running tends to be make my shoulders cramp up) until I’m significantly better. Those of you who know me know that exercise keeps me saner and happier. Hopefully, my recovery will be quick.

Some great links this week that I’m excited to share with you; I hope you like them.

Wishing you all a great weekend ahead!

Your guide to interacting with an introvert. [Hint: this is me in a nutshell.]

What’s an idea worth? Why it might not make sense anymore to bill by the hour.

How email is swallowing our lives.

Apps to help you manage your stress and mood?

The world’s most homoerotic homophobes are now mounting a giant pole in tiny pink shorts. Oh, the irony!

George Saunders’ commencement speech to Syracuse class of 2013. Everything in it is pure gold.

A Republican case for climate action. It’s a beginning.

Last week, Pete Wells, the dining critic for the New York Times, knocked off a star from the venerable Daniel, citing preferential and unequal treatment of guests that seemed to scream poor form. Folks have lined up on either side of the aisle arguing for and against Wells’ rhetoric, and either supporting or striking down VIP restaurant treatment. A couple of days ago, Eater published a piece with chefs, restauranteurs, and writers weighing in on VIP treatment. What’s your take? Should friends/family/VIPs/critics get better treatment than just someone who might dine at the restaurant once or wandered off the street? Is that kind of treatment just natural when you want to please your regular supporters? Or does it redefine (and negate) hospitality?