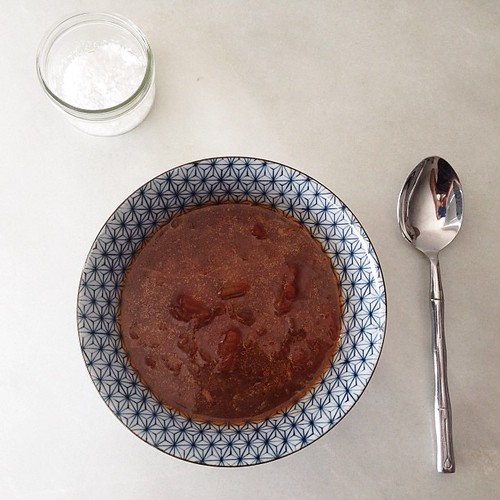 Last Tuesday morning at 1am, our carbon monoxide monitor went off and scared us half to death. Apparently, trying to make an overnight brisket at 200 degrees is disagreeable to a tiny detector in a tiny apartment. I don’t know how you all deal with the smoke alarm/carbon monoxide detector. Most New Yorkers just dismantle the thing and shove in the back of their closet. That’s how I deal with it. My solution was to take a hammer to the device that was ruining the best part of my sleep, and I all but succeeded were it not for Andrew. He ordered me off the step-stool and back to bed. I complied because I was so disoriented, but I still maintain that my way of “dealing with it” is better.

My husband’s idea of “dealing with it” is to go online and read how to deal with possible carbon monoxide issues, then print out the step by step instructions and highlight the relevant portions for me to look into with our building’s electrician.

The rest of the night was in fits and starts and Andrew and I both woke up feeling like we were run over by a Mack truck. Nonetheless, it was a “new school year” so to speak, and in the morning we managed to get ourselves out the door, dressed, fed, and caffeinated. I needed to do some work outside the apartment for a few hours, and so I headed to the nearest Starbucks – the only nearby cafe to offer wifi (until this past weekend!) which I needed for work. A few minutes after I got settled, I dropped my phone and shattered my screen so badly that I could barely use it. I even managed to give myself a few glass splinters and paper (glass?) cuts. 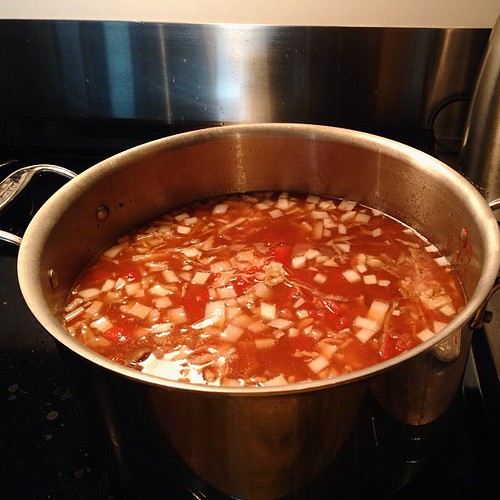 For the rest of the day I oscillated between delirium and disorientation. I couldn’t use my phone for much and when I tried, I gave myself a few more cuts. Nothing life-threatening, but who since when had the phone become something to be feared?

I went to Bushwick to chat with Michael Harlan Turkell about food and career changes; I don’t much remember how I got there but there was a cab involved. I haven’t yet listened to the interview – I can’t watch or listen to myself, but Andrew said I sounded good.

The following morning, I took myself (and my phone) to the Apple store and a few hours later, (my wallet significantly lighter) I had a brand new screen. As a consolation prize, while I waited, I took myself to Chelsea Market and had Wellfleet oysters for lunch. Even though it was an additional expense, making my wallet even lighter than previously shelling out an obscene amount of money for a few square inches of glass, I did it anyway because oysters always manage to make me feel better. In any case, I wasn’t sorry to part with a few more dollars because what’s a few more dollars when you’re facing expenses like these? It reminds me of the last costs involved in our wedding: you sort of throw caution to the wind and say, oh why not, what a few xx dollars more? It all adds up by the way in the end, but at that very moment, the incremental dollars matters very little.

And so I thought, last week, that I went through our trials and tribulations, but as you all well know, things come in threes and the third and (hopefully) final installment of technology-versus-Olga came in the form of my computer finally saying to me, “I think we might have reached the end here.”

I had to call Apple support… again. I think I might have racked up quite a few “frequent flier” miles with them because they immediately upgraded me to “senior technician”. What this means is that you have a dedicated person who GIVES YOU HIS NUMBER, as in you can call him whenever you want, and this person KNOWS YOUR CASE, and most importantly, YOU DO NOT HAVE TO START OVER AT THE VERY BEGINNING OF THE PROBLEM AND TELL THE PERSON ON THE OTHER END OF THE PHONE YOUR LIFE STORY. It’s rather nice, not having to start your story from the beginning, but I don’t recommend getting a senior tech specialist much like I don’t think it’s good when head of surgery looking after you in the hospital. I mean, it’s great you’re getting the medical care from someone so high up, but it probably means you’re in some deep shit.

And so, the man on the other end of the phone and I became fast friends. We talked mornings and evenings, and sometimes afternoons. I’d call him, and then he’d call me, and we’d whisper things into the phone like RAM, and “cache”, and “hard drive”. We dropped words like “upgrade” and “reinstall”. In the end, he had me back up my computer, erase the hard drive in its entirety, and reinstall the OS. And then carefully, one by one, move my folders over. Do not, he warned me in my second erase/install experience, use the Time Machine component. I followed directions. I took notes. I became really good at those keyboard shortcuts.

In the end, I bought myself some time. While I was erasing and reinstalling, I was reading various cookbooks. I find that reading cookbooks is a great way to pass the time. You wind up learning something and you’re not bored. One of the books I was reading is an old’ish book by Joan Nathan. It’s on Jewish Holiday food and it’s where I got the idea to make my brisket overnight (really, it’s kind of ingenious, except it got me in trouble with our carbon monoxide detector). Joan Nathan, to anyone unfamiliar with her, is the reigning authority on a lot of these old-timey Ashkenazi Jewish food. A lot of this food, I didn’t grow up with (for whatever reason), so now I’m making up for lost time: brisket, cholent, challah. I also make sure that I pull a major guilt-trip with my mother every time the subject of those dishes comes up. “Oh, nothing, mom, just making some kasha varnishkes, you know the ones you didn’t make?” 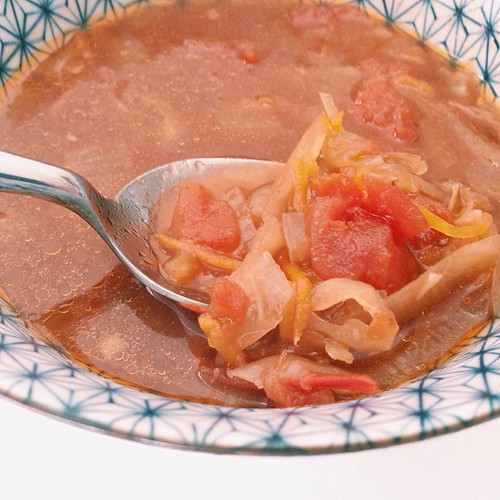 Earlier in the week, before things went horribly awry, I made a wonderful soup using my very old homemade sauerkraut that I wrote about some time ago. It became our Rosh Hashanah soup and we had leftovers for days after that. One of my favorite things about soup is that you can make a huge vat and then it sits in your fridge and just gets better with age. In this soup’s case, in particular, this soup really gets better with age. Also, it’s a marvelous way to use up your old sauerkraut. I, in fact, was aging mine, solely so I could make this soup, which meant I had to be patient and I had to give up precious real estate in my refrigerator, half of which is already taken up by various bottles and jars of preserved and pickled things: lemons, ramps, onions, kimchi.

But anyway, while leafing through that Joan Nathan book, I came upon a soup that was very much like my soup, except hers had raisins in it, and regular cabbage, and ascorbic acid, which makes sense, because the cabbage (if it’s fresh) isn’t sour. I also have been known to throw a marrow bone or two into my meat soups – I like the heft and thickness they add to the broth, making it a really filling, restorative soup, the kind that sticks to your ribs and is a meal in and of itself. And so I thought to myself, why not write about it and share with you? It’s a riff on a traditional Russian cabbage soup made with sauerkraut, kislye schi, and it’s as flavorful as soups get.

We might be enduring summer’s last cri de coeur, but mark my words, it’ll get cold and rainy and just when you expect it, this soup will become your saving grace. In the meantime, I suggest you best make your batch of sauerkraut, and please hold on to your smart phones. And should your smoke alarm/carbon monoxide detector go off, please don’t take a hammer to it.

You can certainly make this soup vegetarian by omitting the meat and just using water or vegetable stock, but it won’t be a “full” flavored as one made with beef. I’ve made it without marrowbones and while not as thick, it was still delicious. For sauerkraut, I cannot recommend the homemade version enough, or if you’re lucky enough to live near a Russian deli, they will always have for sale. It’s different in taste than German sauerkraut, but if all you have available is pre-made German stuff, it will also be delicious.

1. In a large soup pot, combine the beef, marrowbone, and stock with 1 quart of water. Bring to a boil over medium heat and after a few minutes, skip off the gray scum that floats to the top of the water. Add tomatoes, sauerkraut, onions, tomato paste, salt, and pepper.

2. Return the soup to a boil, stir, reduce heat to low, cover, and simmer for 3 hours or until the meat is very tender. Taste and adjust seasonings. Serve immediately with a thick hunk of crusty bread.