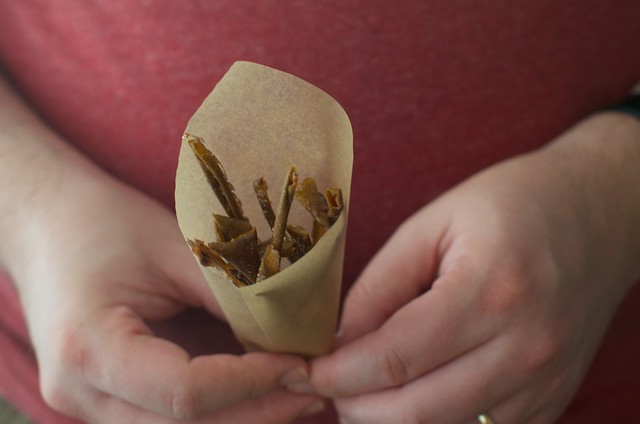 I’ve reached that portion of the book recipe testing that requires long braises and slow roasting. There are a few desserts in the mix which means that our oven is on pretty much non-stop. And yet it’s a balmy 70 degrees outside making me want to eat a stew about as much as I want to eat sorbet in the dead of winter. There’s a time and place for everything, but when it comes to writing books and testing recipes, you’re at the mercy of your schedule which doesn’t say much.

Peek into my fridge these days and you’ll find a lot of pickled and preserved things in various size glass jars: lemons, garlic, onions, homemade sauces of all kinds. Dinner prep revolves around what I’m testing and god forbid it’s not something we’re in the mood to eat (see above re: temperature) or one of us is sick, we dial for take-out. The irony of writing about food is

that sometimes assignments command you to cook “x” but in reality all you really want is “y”, and since you only have time to cook “x”, you have someone else cook “y” for you. As for when it comes to this blog, cooking “x” prohibits you from talking about it in detail (an Instagram here and there don’t really count) so by the time all is said and done, you’ve cooked six dishes in one day, not even one can be blogged about. 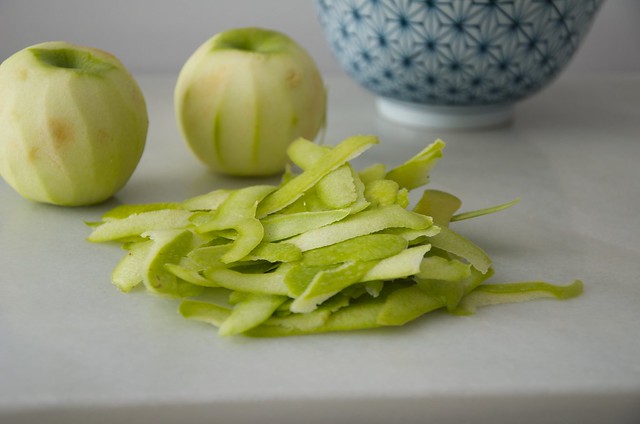 Which is why I was so excited last week when I had to test a few things involving apples. I had to peel quite a few apples and in the process, I was eating a few peels here and there.

I often snack on things I cook while I’m in the process. A loose bite of broccoli, a shred of cheese, a sliver of prosciutto – they are all fair game. I somehow manage to put together quite a lovely meal out of it, however random and disparate its composing pieces may be. 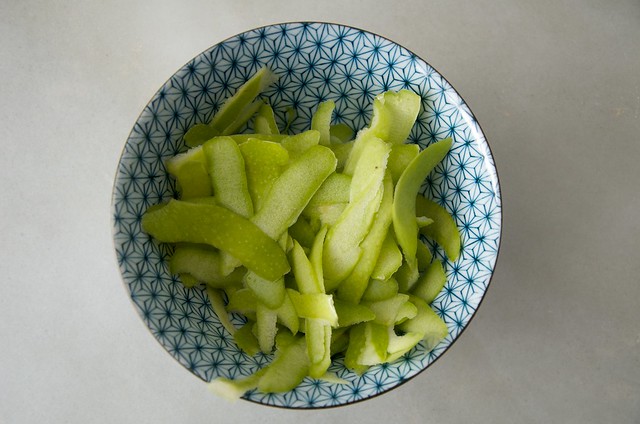 And so I wound up with a pile of apple peels that was big enough to give me pause. Lovely, organic apples with delicious peel – I couldn’t bear to put them to waste. I suddenly remembered a recipe I spied over at Martha Stewart where apple peels get tossed with cinnamon sugar and baked at low temperature to create apple peel twigs. So I fired up the oven again, but this time at a lower temperature, and several hours later (most of that time hands-off) – I had a pile of crispy and delicious apple peels.

Andrew, ever-so-skeptical that something usually reserved for the trash bin could instead become a great snack, tried one tentatively. “They’re not bad,” he said, “Yeah, not bad.” He seemed absorbed by something, staring into the distance while he crunched on a few pieces. 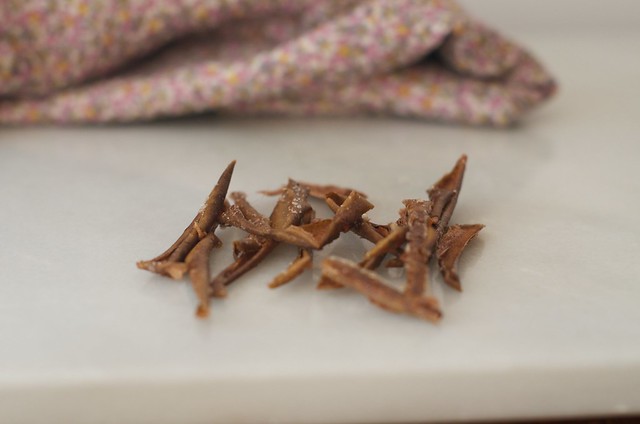 While I was cleaning up in the kitchen, the twigs had mysteriously disappeared. Only a few loose bits of cinnamon sugar remained. Andrew claims to have had only a few, and Forrest is keeping mum on the whole thing.

I like to think of these apple peel twigs as another great way to stretch your kitchen ingredients, wasting nothing, making something great out of something usually destined for the garbage. Just the mere thought of taking raw apple peels and turning them into an addictive snack makes me want to high-five myself. And they’re good — really good. Besides, they’re my reward for being on my feet in the kitchen for hours on end, and as far as rewards go, this one’s pretty stellar.

If you have school-age kids, making this will make you feel like the supermom that you are. Or superdad – everyone’s included here. These are pretty low on sugar and could be a great, healthier snack. For the record, this doesn’t work that well with pear skins – only apple ones. As for organic, I don’t normally prescribe such things, but apple peels can contain a lot of pesticides, so if you can, organic apples are best here.

Preheat the oven to 250 degrees F; position the rack in the middle. Toss the peels with sugar and cinnamon; add a few drop of water to help the cinnamon sugar stick. Spread in a single layer on a shallow parchment-lined baking sheet, and bake about 1 hour and 45 minutes or until peels are curled and crisp, rotating halfway through baking. Let cool before serving.