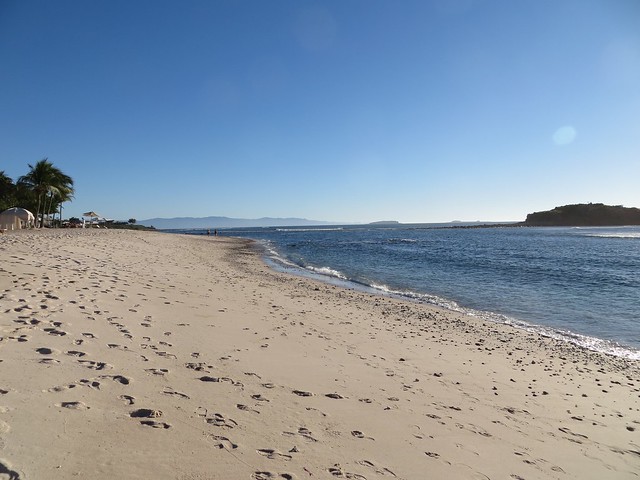 Happy Friday, friends! I no longer can distinguish between a weekday and the weekend – it’s all become a blur, and that’s merely a week after our vacation which was amazing. Amazing despite the fact that I came down with the mother of all colds and spent the entire week congested and achy. At one point, it felt like my eyeballs were itching on the inside and all I could do was to rub them. Nothing helped, my skin hurt to the touch, and I would fully fall apart around dinner time. Needless to say, my margarita consumption was pretty weak; I stuck to water and tea with honey. Whatever attempts I had doing any kind of work on books evaporated, and despite my best efforts, I felt too crappy to get much done. Still, being sick in paradise beats being sick in your own apartment which is currently a construction zone.

Speaking of which, the marble is in! I’ll write more about it at length in a different post – but it’s beginning to look like a real kitchen. Hoping to get tile and grout this weekend and maybe some time next week, we’ll have a backsplash, eh? Small steps, people, small steps.

And with that, I’ll leave you with today’s links. Not too many this time, but some are a little long – and definitely worth your time. I hope you have a great weekend ahead. We have plans to spend some time at Home Depot and the rest of the time, I’ll be in my tiny office working on manuscripts – good times!

The Saltie and Little Chef Chef, Caroline Fidanza on the state of New York dining, food movement trends, and lots of other things. I really like her thinking on all these; it lacks a pretense and preciousness that has become de rigeur. A really worthwhile read.

Where does obesity come from?

The art of presence; helping someone grieve. A beautiful piece by David Brooks. Do bring soup. Yes.

The Swiffer couple up close and personal. So sweet!

Brad Thomas Parsons on the art of drinking alone. [Thanks, Kasey, for pointing it out!]

Putin’s Olympic fever dream and the environmental devastation it is causing.

11 jobs where an honest day’s work will leave you in poverty.

Many a liberal jaw dropped yesterday after hearing Mike Huckabee’s latest thoughts on women, their libido, and birth control. Many a liberal pundit made a point highlighting the issues the GOP is facing with its female voters and how the party is just not hearing the stuff coming out of its mouth. But despite all this, why does GOP messaging remain so effective? Does the party really have to change if its constituents are listening and the message is getting across?

This Caldwell Banker ad featuring “Home Sweet Home” by Motley Crue made me smile. And I think the ad was directed by someone I went to school with!