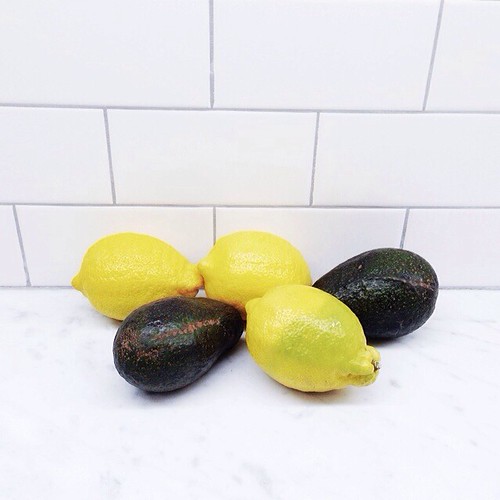 On the night we were supposed to go Home Depot, the subway broke down. F trains weren’t running pretty much the entirety of Brooklyn (York to Kings Highway), and the car service lines were jammed by all the Brooklynites who were stranded god-only-knows-where, and trying to get home from work – this was right around rush hour. We waited on the platform for close to half an hour before giving up and when we walked upstairs to talk to the lady sitting in a booth, we learned that trains just weren’t running.

It turned out that due to extremely cold temperatures, the power had gone out and, without power, trains couldn’t run. I kept thinking about people trying to get home from work from one end of Brooklyn to the other, even from Manhattan.

No one bothered to make any kind of a clear announcement to those of us who waited, patiently, on the platform. Correction, an announcement was made but it wasn’t in any language anyone could recognize. There was some kind of muffled noise coming through the speakers, but no one on the platform seemed to discern what they were saying. Meanwhile, if we peeked into the subway tunnel, we could see the F train, its headlights on, standing there almost at the platform.

We grabbed dinner around the corner and kept checking our phones for updated information from the MTA. An hour plus later, there were still no updates. Defeated and frustrated, we turned around and went home. 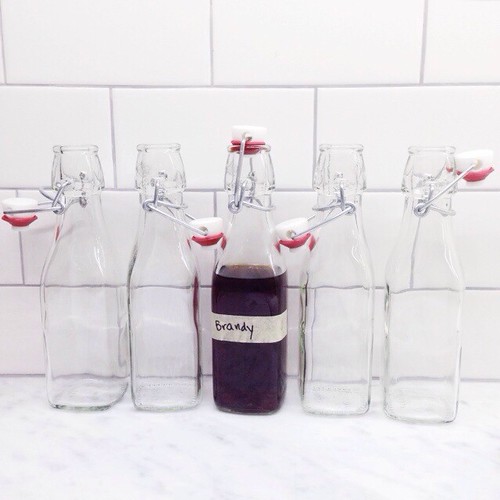 It would be fair to say that I took this whole turn of events poorly. I had a minor meltdown and threw what would qualify as a “fit”. Andrew stood there, bewildered, no doubt questioning his rationale for wanting to get married to a woman who cries upon finding out that she can’t have grout and subway tile. But because I had shielded him from about 90% of the bullshit that has come with this kitchen renovation, he couldn’t understand why this bump in the road was affecting me like the absolute worst thing in the world.

But to me, it wasn’t just some bump. It was another bump in the series of many, many bumps. Contractor not showing up? Bump. Kitchen sink being cracked? Bump. Being told I have to get a totally different (smaller!) sink? Bump. Spending hours looking for said smaller sink? Bump. Being told again that the sink in question will work but we need a new one because this one is cracked? Bump. Finding out Ikea is out of said sink til, uh, March or something? Major bump. Being married to that sink because the marble was cut exactly to fit it? Bump. Finding out a ceiling light needed to be moved? Bump. Dishwasher outlet had to be realigned? Bump. Limitations on what ceiling light could go in the kitchen (because of low ceilings)? Bump. Finding out that one of our light fixtures is has a GU24 connection (seriously, go look it up – it’s so obscure) and it’s rather hard to find light bulbs to fit it? BUMP. 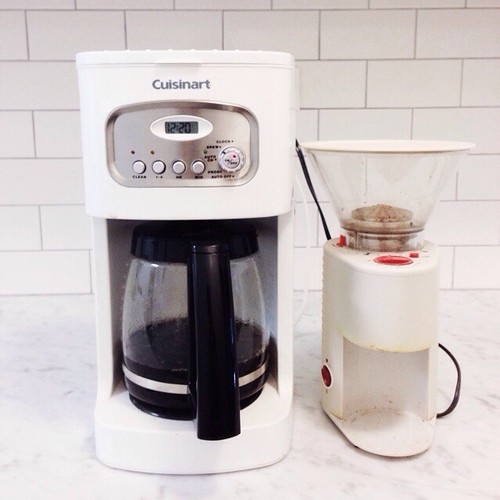 But more importantly, the time that it took in dealing with all of this – will drive anyone insane. Managing this renovation project is a full time job. Except, I already have a few full time projects (and some part time ones) on my hands.

All I wanted that night was to get to my friends’ place, borrow their car, drive to Home Depot, get the tile and grout, drive the supplies home, return the car, and take the subway back. But in the middle of Polar Vortex 2.0, it. Just. Wasn’t. Going. To. Happen. That. Night.

So, I went to only place where my emotional range could go – which was to throw a fit. Everything, and I mean, everything, felt like a major struggle. Nothing was easy. Everything was hard. I realize that to any sane person reading this – I might come across as slightly unhinged. I blame the kitchen entirely. 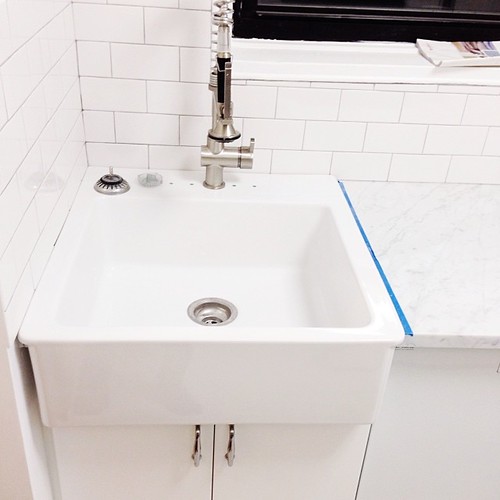 Every time I thought I was getting a leg up on work, something would happen, and I’d fall even further behind.

We had to wait until the weekend for our Home Depot trip (borrowing our friends’ car – yay!) and let me tell you: wading through Home Depot, even if you kind of know what you’re doing, is not easy. They have a lot of stuff, and while Home Depot is generally awesome, it’s not very organized within its respective aisles. We asked a lot of questions and made friends with the sales staff. In fact, my favorite thing about Home Depot was discovering they had cats. Super cute, cuddly, purry cats (probablys starved for human attention) that were just marching around the store following us around (possibly because I couldn’t stop petting them). I wish I had a picture for you – but I don’t. My recommendation for someone who isn’t a fish in the water at home improvement stores (me! Andrew!), is this: ask lots of questions. Ask the kind of questions you think are so stupid, you’re embarrassed to ask. Ask as many questions as you need until you find what you need. If you’re looking for grout, you need to be specific, as in “I am looking for grout for a backsplash.” Because if you just ask about grout, you will be pointed in a direction of an aisle that is 80% grout. Some of it is sanded, some of it is unsanded, some of it is dry and some of it comes in a sealed tub. And it’s very useful to know the type you need, because they are all different.

For all you folks out there considering a backsplash, this is the most important takeaway from this post (heck, you can skip reading the rest): you want UNSANDED grout for backsplash. Not the stuff in a tub, not the sanded kind. I don’t know what the tub is for, but I do know that sanded is for floor, while UNsanded is for walls.

We went with plain 3×6-inch white subway tile and light grey grout to match the grey in our marble. I actually prefer black grout, to be honest, but for that space, grey works a touch better and black just seemed too harsh. If we had ample light in the kitchen, I would go black grout all the way. For our small galley kitchen, we needed about 4 boxes (40 square feet) of tile. Keep in mind, we only put up tile on two sides of the kitchen and not a huge wall of it, but generally speaking subway tile is pretty cheap, looks clean and sharp, and seems to avoid falling into a trendy category. I can’t think of a time when it might look dated, but talk to me in five or ten years – who knows. 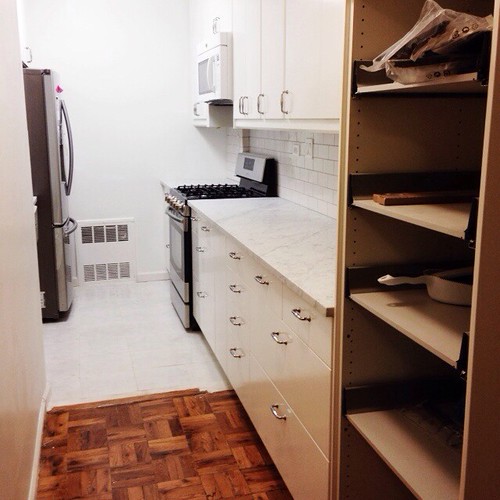 In the end, I am absolutely thrilled about the subway choice/grey grout choice. It makes the kitchen look larger, airier, more luminous that it otherwise is. Galley kitchens tend to suffer from a claustrophobic feel and I am hoping that with our simple, clean design choices, we’re making it feel more spacious and pleasant to be in.

P.S. the pictures here make the grout look almost white. I have yet to unpack my real camera (sorry!) so once I do, I’ll update the pictures with more accurate shade of grout. It’s really grey and goes beautifully with marble veining.