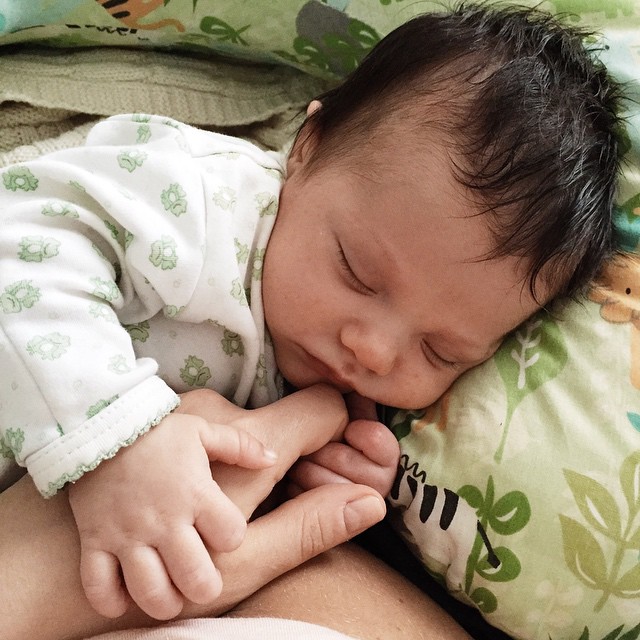 Hi friends, hope you’re surviving February. That massive silence that followed my last post, the one where I told you about my favorite brownies and where I promised you a worthwhile recipe for leek and potato soup, that silence was us having a baby.

A blizzard baby to be precise. We did it. Avi is here. And he’s here to stay. 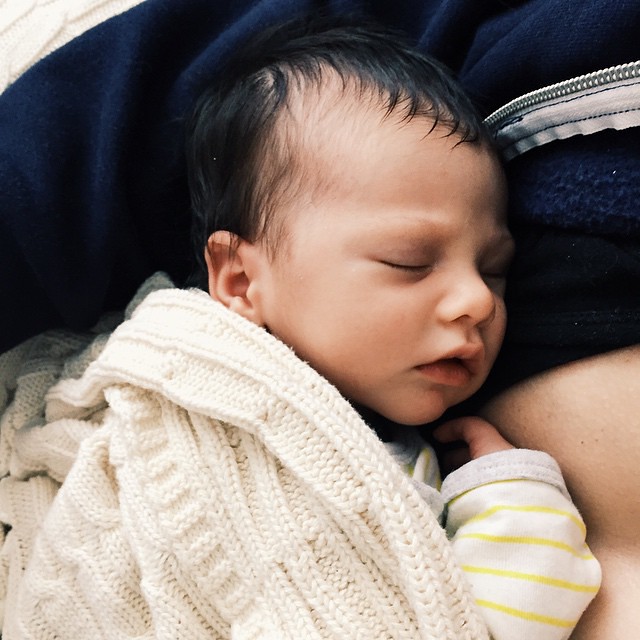 Avi was born on January 27, a Tuesday, at 3:15am. The night of January 26 into 27, we were told to expect a massive snowstorm in NYC, and Andrew being Andrew, and doing what he does for a living, insisted that we get a hotel room close to the hospital in case I go into labor and the storm is intense enough that getting a taxi from Brooklyn to lower Manhattan proves impossible. I complained about the expense, dismissing it as a frivolous waste of money, but the joke was on me. No sooner had I checked into our room and laid out our provisions: bread, peanut butter, jelly, tea, cookies, fruit, and so on, I started having contractions.

Andrew jokes that I don’t do anything half-assed; and that my contractions and labor were as efficient as focused as the rest of me. Four and a half minutes apart; a minute and eighteen second in length on average, I lasted about ninety minutes before we called a cab and drove to the hospital two blocks away. I was promptly admitted; given the weather and the fact that I went from zero to sixty in under two hours, the nurses saw that I was progressing rather fast. Some hours later, Avi made his entrance into the world. 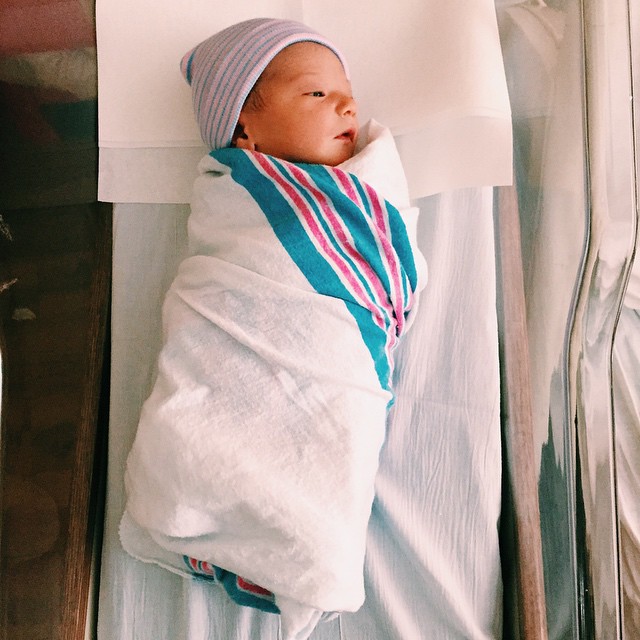 Our own blizzard baby, which is only fitting given Andrew’s career and passion. And I loved learning that it was a boy at the moment of Avi’s birth. The wait was worth it.

Andrew’s colleagues wrote about the blizzard baby. People emailed us to ask if we were naming our baby Juno, after the storm. We stuck with Avi.

The last four weeks have been somewhat of a blur. If it weren’t for Andrew, my mother-in-law and my mom (who have taken turns staying with us), I wouldn’t shower, eat regular meals, or sleep as much as I do (which isn’t that much by the way). Avi is wonderful, changing every day, but there are hardships with newborns that you can’t even anticipate beyond what you may assume newborn care requires. Turns out newborns don’t just sleep, eat, and poop. They also fuss, spit up, fuss some more, refuse to sleep on their own, make old-man noises, fuss even more, and just when you thought they were done, spit up even more. There are various issues revolving around breastfeeding, pumping, what-have-you. By the time you’ve finished doing one task, you need to start on another, and before you know it, you’re back at the feeding again. A whole day will pass and you will find yourself in the same pose on the couch, unshowered, with spit-up in your hair, hungry. 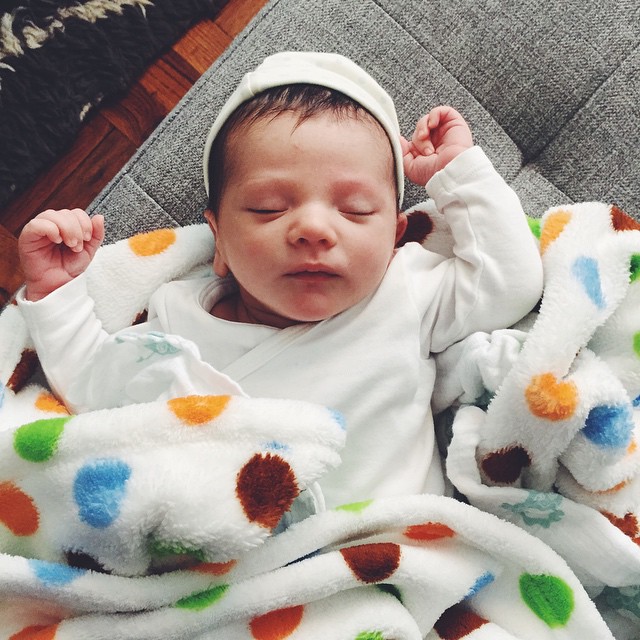 I say this without even going into the emotional and hormonal aspects of recovering from birth. For me, it’s been particularly hard, and I’ve been lucky to have incredible support from friends and family. I’m told things get better. I’ve been promised that I, too, will emerge from the haze of new parenthood and will one day even revel in it. I look forward to that day. I’ve been told by some wise and seasoned friends that the first weeks, four to six to eight, are really all about survival. There are no rules. You do what needs to be done; what works for you. Any judgement anyone passes on you – shame on them.

What I miss the most is having a routine. A newborn means a routine is gone, blasted to smithereens for a long, long time, if not forever. I’m sure there’ll be other routines, but for someone who so heavily relied upon one, finding yourself bereft without so much as one certain constant, is daunting. I miss writing; I miss cooking. I miss having control over each and every little thing. This is as exhausting as it is humbling. It’s a pretty good blend of both things. The other day, I made this beef with tomatoes and garlic in a slow-cooker (all hail Deb, Gourmet Magazine (RIP), and Laurie Colwin!) and it was such a revelation, we made it again over the weekend. I added a bunch of chopped up carrots and a few sprigs of thyme. I threw everything into a slow-cooker because I had ten minutes to my name to get the show on the road. Ten hours later, we ate this immensely comforting and beautiful dish over buttery polenta (I made polenta!), and even though all I did was throw a handful ingredients in a slow cooker and walk away, it felt so good to be in the kitchen. I look forward to the day when I can cook a whole dinner while Avi naps on his own (and not on a human).

I’ve been asked what it feels like to suddenly become a parent, and I’m not yet sure what to say. I feel a tremendous sense of responsibility for Avi. I want to take care of him; make him happy and safe; keep him well-fed and rested. I can’t quite get my head around parenthood/motherhood, and – as someone once wrote on their blog – it’s best I don’t think about it too much. The mere fact that I wrote this post; that Avi is four weeks as of today – is enough for me right now. My mom is holding him while he sleeps and I write. I hope to post a recipe soon. Stay tuned.