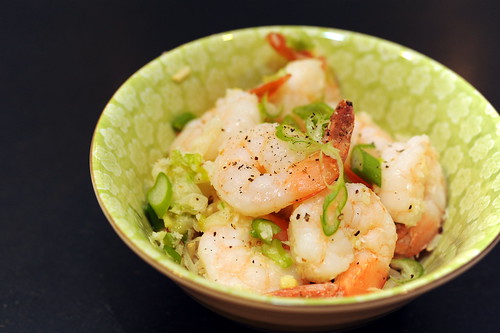 What would you do on a day when it really, truly feels like spring? Us? Like the uncool and responsible adults that we are, we worked against deadlines. And then, after hours of slaving away at our respective laptops, we resisted the urge to order take-out and made shrimp for dinner! Delicious, dead-simple, ready-in-minutes shrimp, delicately flecked with coconut and ginger. I think we deserve a gold star!

And while we’re no strangers to Sunday work, it was made particularly painful given that it was so lovely out. We wanted to go and play hooky, but instead, we finally moved the two supremely ugly plastic storage bins out of our bedroom, which were mortifyingly depressing to look at (at least for me) and now the bedroom looks lighter, more airy, bigger (imagine that in NYC!). Have I mentioned that it’s been on our to-do list since mid-January when Andrew moved in? I finally broke down and requested that the one, single thing I want for my birthday, besides a pony, is for us to put those boxes away. Andrew, being a guy, looked at me as if I had two heads. Apparently, men have a whole different definition for clutter than women do. 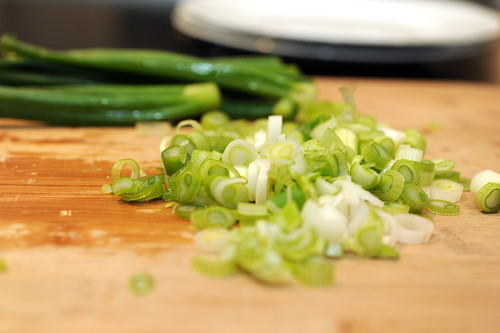 Unlike yesterday’s sundress weather, Saturday was the polar opposite: cold, rainy, grey. I started out my morning at the Union Square Market with Jennie, we were both wearing our puffer jackets and our hands were cold, red, and icy from the rain. Periodically, the roofs of the vendor tents would give out under the weight of accumulating water and it would suddenly spill out, with a loud thud – like someone dumping out a full bucket. If you were unfortunate enough to be standing in the wrong part of the tent, you would have gotten absolutely drenched. 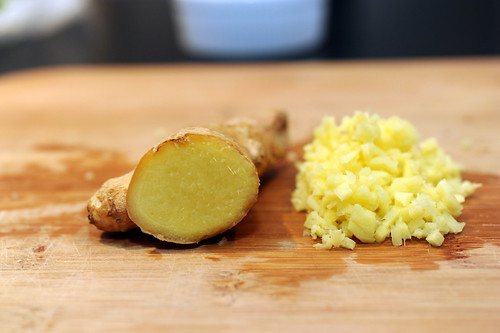 A smarter person would have stayed home, and postponed the greenmarket to another day, but I was determined to find more spring produce and went despite the downpour. And spring produce did I find! Asparagus! Ramps! Spring lettuces! The trip was not in vain – hooray!

Sunday, on the other hand, was so lovely, that we had to go outside, even if it’s just to walk to a place where we could work. Finally, it felt like spring and we decided that we couldn’t possibly work at home or we’d go stir-crazy. So Andrew and I packed our backpacks with work and laptops, and set out to a new-to-us café that has wi-fi. 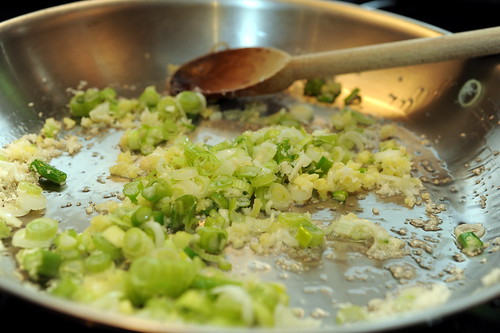 Did I mention that our neighborhood in Brooklyn lacks cafés with wifi? No? Allow me to present to you Exhibit A – a lone Starbucks a few blocks away. We have nothing against Starbucks, but still, we long for a nice, airy, open space that’s not a chain where we can sip our iced Americanos and chilled mint teas, and work in peace.

Once at the café, we researched, planned, scribbled, and wrote – Andrew had a Sunday night deadline for a weekly column he writes. I was working on something of my own. We decided this might become our Sunday haunt, distance and all. 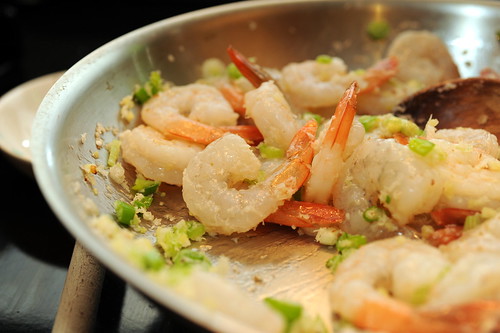 Because it is a nice space, filled with nice people. There’s a turntable that plays jazz, funk, and soul – you know, good café music. There’s also a garden in the back, and worn out chairs, and desks where you can plant yourself and caffeinate away while working on your latest project. Should you find yourself hungry, you can fortify your spirits with a Nutella and banana panino – and it tastes even better than it sounds.

And upon coming home and just barely missing another April shower, we decided upon making some ginger-coconut shrimp. Because it’s a simple, fast, and satisfying fare. And while we’re into the idea of a homemade, sit-down Sunday supper, last night we just couldn’t muster the energy to spend hours in the kitchen. This is how we put supper on the table in half an hour, flat. Or rather, how I did it, while Andrew wrote ferociously. 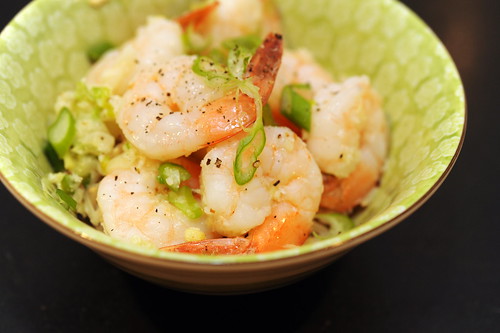 It’s my idea of fast food, if you will, and it’s perfect for a busy weeknight or days like these. Also, it’s great fun to watch shrimp cook – they do so before your eyes, turning bright flamingo-pink from a dull sand-grey. You cook the rice while you prep the stir-fry ingredients, and it all comes together – and you even have time to pour yourself a glass of wine. Rice – done; shrimp – done. Dinner – ready. 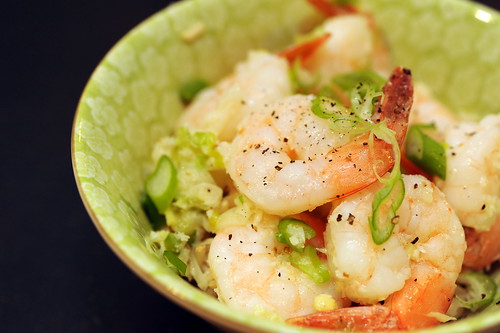 Would that all things in life were so perfectly timed. Let’s raise a glass to that!

1. In a large skillet over medium heat, melt the coconut oil in the pan. Add the white scallion slices, ginger, coconut, and garlic. Cook, stirring, until fragrant, about 1 minute. Add the cumin and cook, stirring, for 30 seconds.

2. Add the shrimp and the fish sauce. Cook, tossing occasionally, until shrimp are opaque, about 2 to 3 minutes. Stir in the green scallion pieces and cook until just wilted, 10 to 15 seconds. Season with lime and orange juices, and black pepper. Serve with lime wedges over rice.