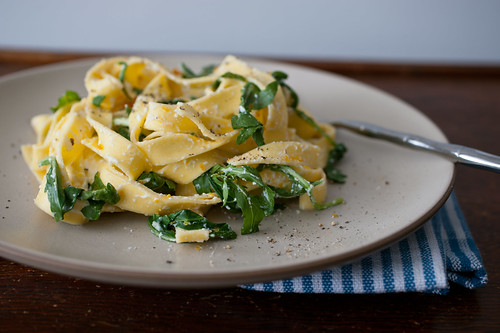 Somehow my friends and I wound up sitting in a row with loads of extra legroom. It feels a little bit like we’re flying first class, only better – because we paid coach prices. This extra legroom is nice; I don’t feel quite like a sardine. But I’m ready to land and to get my pj’s on. Being a bachelorette is nice, but coming home to your fiancé and cat is the bees’ knees.

At the moment when I write this, New York is a little over an hour away. Seattle, where I decided to spend my bachelorette weekend, treated us well. Must now wear pants with an elastic waist kind of well. 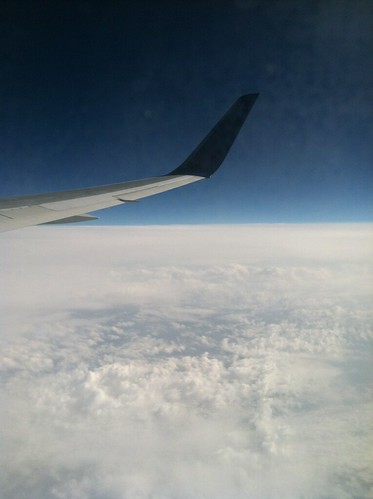 There were a lot of doughnuts (think every morning before breakfast). Some pork buns. Sesame balls filled with red bean paste. Pirozhki. Pizza. We ate a lot of things made out of dough or wrapped in dough. That seemed to have been the theme and it was delicious.

We had oysters and Dungeness crab from the kindest and most generous folks at Taylor Shellfish. Friends, if you ever find yourself in Seattle, do yourself a favor and head on over there. The shellfish and the kind, generous people working there, will blow you away. 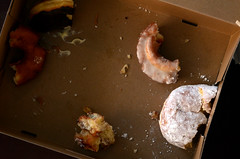 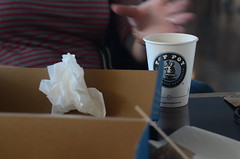 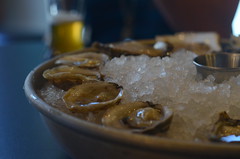 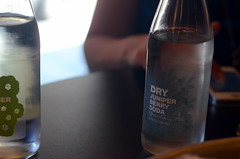 There was tajarin at Spinasse and green almonds at Sitka and Spruce. Both – amazing. Neither I can get out of my mind. Also, fava bean leaves – incredible!

I was threatened with “dancers”, it being a bachelorette weekend and all, but instead the girls got me a massage, which couldn’t have been more welcome.

In short – it’s was an amazing trip. The kind when you pause and think, I need to do this more often with my girlfriends. These are the moments that stay with you; this is what makes a life.

Also, Seattle weather, thank you for the sunshine and the blue skies. You’re a class act.

But let’s get to the matters at hand here. Which have to do with bottarga. And writing. There’s a great opportunity for me to dither and so I’ll try to keep it short in order to still keep your attention for the actual story that made this recipe possible. This will get long; bear with me. 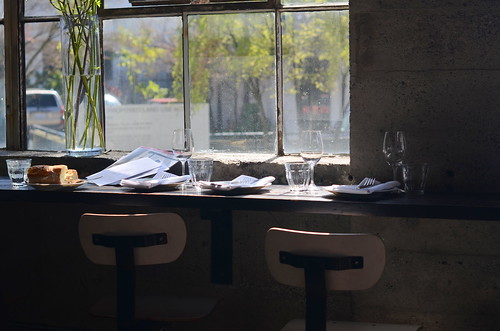 First, a bit of history. One of my favorite things to read in the New York Times, back in the day, was this column written by Amanda Hesser. It was called “Cooking for Mr. Latte” and it chronicled her courtship with a New Yorker writer, Tad Friend, and their subsequent marriage. Reading it, I swooned. It seemed like the perfect romance, one of words and meals, all woven together. For a girl who moved away from family and missed her friends, these stories made me feel more connected to the city. I’ve written before (though I can’t seem to locate those posts) that New York is a city you have to court before it opens up to you. It’s not a city that eagerly will date you – it has many other suitors to choose from.

I had so loved those articles, so when Amanda published the essays bound in a book, I promptly bought it. I’ve loved it and recommended it to many others over the years. [I’m on my now-third copy (the first two were borrowed and never returned, but never mind about that) which is just as dog eared and grease-stained as its predecessors.]

These days you can find Amanda over at Food 52, which has been the cause of many hours of procrastination ahem, research and inspiration. 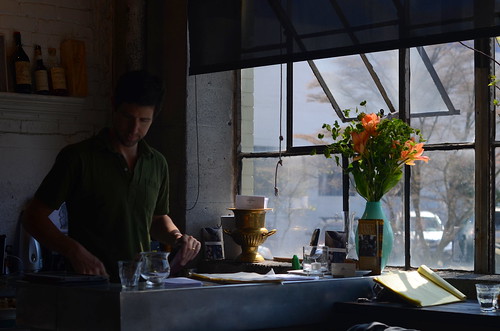 I wound up cooking many recipes from the book, but one of my absolute favorites was this humble pasta dish with Meyer lemons, parmesan cheese, crème fraîche and arugula. When I lived in my tiny apartment in Chelsea, with a single counter smaller than most cutting boards, it was one of my most go-to dinners. I made it over and over and over, and when Meyer lemons were out of season, undeterred, I would turn to regular lemons. When I was once out of crème fraîche, fresh ricotta stepped in to substitute and wound up taking up permanent residence. It was an affordable, easy, rustic meal that was well within my means.

That is until I made an acquaintance with bottarga.

Bottarga, for those of you looking it up this very moment, is pressed, salted mullet roe (or tuna, and sometimes swordfish). It’s thinly sliced or shaved on food and is prominent in Sardinian and Sicilian cuisines. Bottarga is expensive, lasts practically forever and is an investment along the lines of fine balsamic vinegar. It has a salty, briny, almost metallic (but in a pleasant way) taste. It goes beyond salt’s abilities and gives an incredible finishing touch to a dish. I knew it was costly, but I had no idea just how costly it could be. My last piece was generously gifted to me by Melissa Clark, who introduced me to some of my favorite things (pekmez, anyone?). I shaved bottarga on pasta, whipped it into butter, sprinkled it on pieces of buttered toast. I was deeply in love with it. 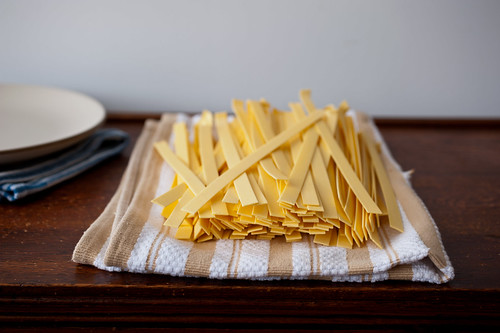 A few weeks ago, I was on my way to do some cooking and styling with Andrew Scrivani. He had asked me to pick up a couple of bagels at Russ and Daughters, en route to studio, so I took a slight detour from my usual itinerary. There, I managed to strike a conversation with what turned out to be the store owner, Mark. I’m still not sure how it all went down; I was just minding my own business, but I found myself, suddenly, explaining to him what I did for a living (which can’t be done in a single tidy phrase). Suddenly, in mid-sentence Mark suddenly went, “Oh, hi Ruth!” (hugs exchanged) “Ruth, this is Olga. Olga, this is Ruth.”

I turned around and there was Ruth Reichl. She extended her hand, “Nice to meet you.”

I managed to squeeze out a “Oh it’s good to see you again. Actually we met for 2 seconds at Melissa Clark’s book party.” Then, immediately, I felt like an idiot because I just corrected Ruth Reichl. Who would do such a thing? So what if she doesn’t remember you? Ugh. Just. Stop. Talking. Please.

“Ah, yes, but it was such a bad night. I had lost my wallet seconds ago and felt so disorganized and overwhelmed. I’m so sorry, but that night was a blur.”

And so we chatted for a bit about lost wallets and feeling adrift without them. I shared how I now make a copy of my wallet’s contents so that if anything ever goes awry, I can just pick up the phone and cancel all my cards. But the entire time, I kept thinking, “I should’ve pulled my hair up. I should’ve brushed it. I should’ve dabbed some lip gloss to look semi-pulled together. I have under eye circle the size of Texas.”

Instead there I stood, in front of Ruth Reichl, and the owner of Russ and Daughers, in a ripped, stained tee shirt (who styles food wearing their finery? Not me!), sopping wet hair, and those giant under-eye circle (thanks, genetics) because make-up was too much of a bother that morning. I was blabbing and floundering. While Ruth was lovely and poised, I had diarrhea of the mouth. 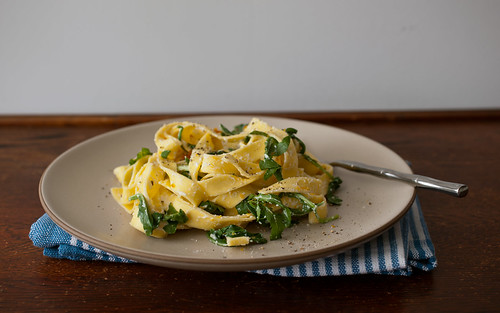 And then, out of the corner of my eye, I spotted bottarga. It was sitting in a far corner by the smoked salmon as if forgotten by the world. I had previously been trying to find it in fine food stores and was told they don’t have any at the time. This was my chance to get it. I felt like I struck a goldmine.

I pointed to the bottarga and the guy behind the counter wrapped it up. I asked for some bagels and the lox.

And then the guy rang me up.

“That’ll be one hundred and sixteen dollars,” he said.

Holy shit. My bottarga was almost one hundred bucks. One. Hundred. Dollars.

Ruth and the store owner were standing to my right and I couldn’t tell if they were paying attention to the transaction, but I was too embarrassed to say that I might have changed my mind on the bottarga, and be remembered as the girl who didn’t purchase the bottarga because it was too pricey. Freelance writers (especially budding ones) are not in a position to spend a lot of money especially on what should be filed under “non essential ingredient”. But I was so flummoxed, overwhelmed, and embarrassed by my freelance poverty, that I meekly extended my credit card and shut my eyes tight, as if doing so would somehow lessen the pain of one-hundred-dollar fish eggs. It didn’t. 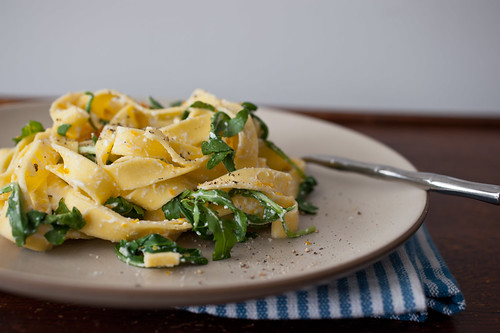 Because there are currently sixteen Meyer lemons in my crisper, I’ve been making this pasta semi-regularly. During the Meyer lemon season a month or so ago, I stockpiled those lemons like they were non-perishables. When I did the actual count, the number of lemons was thirty. That’s not counting the lemons that I was gifted by my Kimchi Cookbook co-author, Lauryn, which became preserved Meyer lemons.

So, Meyer lemons, lots of fresh ricotta, arugula, and parmesan, mixed with egg pasta was finished with the nearly-one-hundred-dollar bottarga. It was, beyond words, good. Amazing. Even better than its bottarga-less version, which is still amazing enough to be a staple in our kitchen. I like to think of it that the pasta got a sexy, albeit expensive, upgrade. Kind of like putting a Chanel clutch to dress up an outfit from the Gap. If this is me calling bottarga couture – then so be it.

Amanda Hesser uses regular semolina pasta, but I much prefer the egg pasta, such as papardelle, for this dish. The richness of the egg works beautifully with the ricotta and the citrus zest. Bottarga, of course, is purely optional, but now that I’m stuck with it, expect lots of “fun” ways to spruce up meals with it. It does last a very long time, so if you’re looking for an ingredient splurge, it’s very much worth it. Just like anchovies dissolving into food only adding a bit of that salinity, bottarga does the same. If you want to the Chanel clutch errr, bottarga, just sprinkle some flaky sea salt on top and drizzle with olive oil before serving.

1. Bring a large pot of generously salted water to a boil. Taste the water – it should taste like the ocean. Add the pasta and cook it until al dente. While the pasta cooks, grate a generous handful of parmesan into a large serving bowl. Zest the lemons into the same bowl and add the arugula. Scoop out 1 cup of the pasta cooking water and reserve. Juice 1 of the lemons and reserve.

2. When the pasta is done, drain it and transfer to the bowl with the cheese, lemon, and arugula. Working quickly, sprinkle the lemon juice and some pasta water. Add the ricotta and begin to fold all the ingredients together. Keep folding until the pasta is coated with the sauce, the cheese has melted, and the arugula has wilted a bit. Season with pepper and taste. Add more lemon juice or pepper if desired. If the sauce is too gloppy, add a bit more pasta water and mix again.

3. Divide the pasta across shallow bowls. Drizzle with a hint of olive oil and shave a touch of bottarga on top before serving.