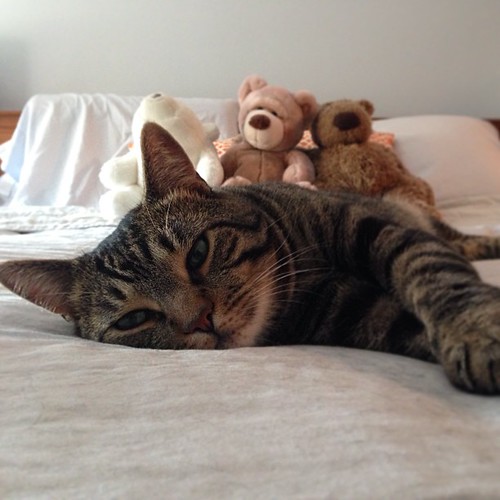 Happy Friday everyone! I hope you have grand plans for the weekend – mine will be spent editing, cooking the last installment of the private chef gig, and babysitting our one-year-old niece – fun!

This week was a saturated one – Andrew and I have crossed the Rubicon, aka, got past the first year of marriage. We celebrated his birthday – he’s looking to upgrade his bike situation, so hopefully before the summer is over, he’ll have a shiny new bike he can ride all over Brooklyn.

One of the deaths this week stunned the news community, and everyone who is a news junkie. Michael Hastings, an amazing, brilliant reporter who broke the General McChrystal story, among many others, died three days ago after a horrific car crash. I’ll let you go ahead and google Hastings’ life and career – in his short 33 years of life, he lived deeply and fully, and accomplished what most of us don’t manage to do in a lifetime. The news world is emptier now – it is a horrible loss to us all, not to mention a deep loss to his family and friends.

Another death this week stunned us all as well. It followed Michael Hastings a day later. James Gandolfini, aka Tony Soprano, an actor of great capacity and humanity, suddenly passed away from what was determined to be a heart attack. The night of his death, Andrew and I were having dinner at this lovely restaurant, The Dutch, celebrating Andrew’s birthday. We happened to have glanced at our phones at the same time, and saw the press alerts on our phone. And though we both tried to focus on the birthday, and the raspberry rhubarb birthday pie that followed, we were a little derailed in our celebration, trying to make sense of how someone so young was just so suddenly – dead.

For me, The Sopranos was a transformative show. Urged to watch it by one of the finest teachers I’ve ever had, Chad Hermann, I was skeptical at first. But the show’s nuances, and (Chad was right) downright Shakespearean weight, pulled me in and held me close. Watching the Sopranos made you one of them – you were family. You were in – for life.

On Facebook, there was a little discussion among some of my friends who, not inaccurately, noted that Gandolfini’s death became a Facebook update craze, whereas a death of a world dictator, in this case Chavez, (for one of my friend’s friends) went almost unnoticed. I cannot speak to the latter (though there is a tad of an obsession with the F-list celebrity culture or celebrity culture, period), but I’d like to say something about the former (or rather repeat what I said on Facebook).

I think for a lot of people, The Sopranos was a very meaningful show – and art, good art, can be a transformative experience, and the artist associated with it, really revered. I don’t think that says anything culturally. Chavez’ death didn’t really affect anyone here. It was an end of an era, but it’s not like oil prices spiked or anything. Or Venezuela declared war on anyone, much less the US. All my friends knew about Chavez’ passing, so I’m not sure it reflects much on the country per se. I really think that The Sopranos was a show that appealed to people of all income levels and intellects, that it was a cultural phenomenon, and even in spite, or maybe even because of its violence, it was a deeply humane show that changed people and changed the way television was made. There was something people connected to, were moved by, something that reflected maybe their own personal lives and struggles. My one personal Gandolfini story is more of a polaroid in my mind: seeing him in Tribeca walking down the street wearing the exact same outfit (it might have even been from the set) he would’ve worn in the show: wife-beater, loose sweats, and a robe over it. I don’t know where he was going, but I had this urge to run up to him and thank him for his work, but I didn’t – Tribeca was full of famous people and it was understood that you gave them privacy and left them alone. At the end of these links, I’m including my all time favorite clip of him, appearing on Sesame Street.

Have a good weekend…

Cheating ourselves of sleep – even if you think you’re fine on 6 hours of sleeps, studies suggest you are not.

What if we demanded Ted Cruz’ papers?

Instagram now has video – hooray for all us Instagram lovers. For everyone trying to distinguish Instagram video from Vine, here’s a good piece doing a compare-and-contrast.

Mad Men with things drawn on them. Brilliant.

With only a few months to go before the Affordable Care Act kicks in, states are gearing up to offer exchanges for individuals. However, where you live might determine just how many choices you might have.

Long exposure of fireflies in the forests. So beautiful, my heart skips a beat.

In the wake of the NSA leak, stop taking Orwell’s name in vain. The article argues, that were he alive today, Orwell would’ve recoiled from the tropes of modern political writing, and in an essay titled, “Politics and the English Language”, Orwell lamented the use of nebulous buzzwords like “bourgeois” and “totalitarian:

Words of this kind are often used in a consciously dishonest way. That is, the person who uses them has his own private definition, but allows his hearer to think he means something quite different. Statements like Marshal Pétain was a true patriot, The Soviet press is the freest in the world, The Catholic Church is opposed to persecution, are almost always made with intent to deceive. Other words used in variable meanings, in most cases more or less dishonestly, are: class, totalitarian, science, progressive, reactionary, bourgeois, equality.

Reading this made my head spin a little. Subatomic particles – crazy.

Some f*cking writing tips. So good.

Map the iPhone users in a city, and you know where the affluent live.

What other people think of you is none of your business. Yes.

Portions of the deposition from Paula Deen (and a link to her full deposition) – wow.

And finally, James Gandolfini on Sesame Street. Perhaps my favorite clip of him ever. He will be missed.