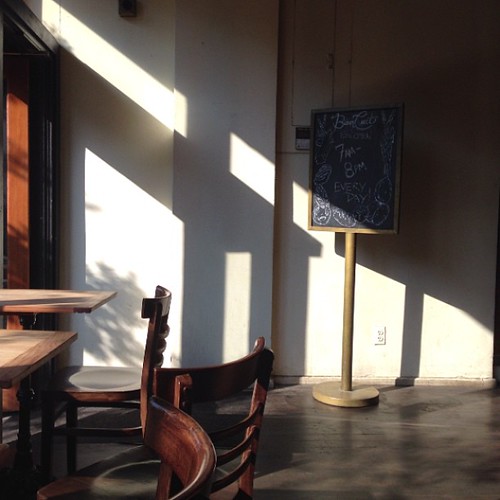 Good morning, folks, and happy Friday! This brings us to the end of an incredibly eventful week, news-wise. Every day something amazing happened in the news: Obama’s speech on climate change, VRA struck down by SCOTUS, DOMA struck down by SCOTUS, Wendy Davis’ amazing filibuster, and Senate passing the immigration reform bill, which now leaves it up to the House to make it happen. Fingers crossed.

This weekend Andrew is off to our nation’s capital for some family celebration, while I stay behind and try to get caught up on all my work – life of a freelancer means that when work comes your way, and when deadlines converge (and when don’t they converge), you just have to hunker down and make everything happen.

IMPORTANT HOUSEKEEPING: Folks, after June 30, the Google Reader will be no more. Thus, if you’re reading this blog from your Google Reader, and want to continue reading (and I hope you do), you’ll need to switch to a new system. I’ve been playing around with The Old Reader and Feedly, and my initial thoughts were favorable towards the former, and not so favorable towards the latter. I can now tell you after several months of tinkering that Feedly, in fact, if far, far superior and you should definitely give it a go with your RSS feeds. It transfers your Google Reader feed in only a few minutes and it’s easy-peasy-lemon-squeezy. The RSS button of this feed is in the top right corner – a gray button (second from the right) that turns orange when you mouse over it.

I hope you all have a nice, relaxing weekend ahead. Next week is a short one with July 4th and all, so cheers to that!

The creepiest town in America. Incidentally, I grew up mere minutes away from Danvers and Salem, towns with potent, haunting old history. This passage, towards the end, grabbed me in particular. It pertains to fear-mongering and scare tactics of any kind. You know what and who I am referring to.

Perhaps there is something unique in the American character that makes us prone to witch hunts of all kinds. Fomenting fear against a vague and amorphous “other” has long been a tactic of demagogues and rabble-rousers. While it’s disappointing that it happens, it’s even more dismaying how often it succeeds. Americans, frightened by the unfamiliar, shocked by the unexpected, fall prey to those who would manipulate them. The results are almost always tragic.

Tammy Duckworth does not suffer phony vets gladly. If you click on one link here, click on this one.

Why it’s great to be a corporation with Roberts’ court.

Most famous brands from each of the states – a map!

A tender, moving video about a relationship between an elderly woman and her caretaker, an undocumented immigrant. Lump in your throat, guaranteed. The only thing I disagree with is this: sometimes, people in the US hire caretakers, to help with an aging parent because the older person in question needs special care, and the children might not be equipped to handle it. The other issue that the children often have to work to care for their small children, a tough, guilt-ridden choice for many who cannot care for their parents themselves. It’s never an easy choice, at least, not how I’ve observed; and the elderly don’t just get relegated aside because the children don’t “care” to care for them.

Justice Scalia hates judicial review except when he doesn’t.

Liz Phair’s Exile in Guyville is twenty years old. If anything makes feel old, this is it.

Britain’s new “peasants” hope to reclaim the English countryside from the grip of corporate giants.

And last but not least, we all have at least one person in our life, who repeatedly asks us questions that he (or she) can easily Google himself. For that person, I present to you the let-me-google-that-for-you tutorial. Go ahead, teach them – they might just take an initiative next time.