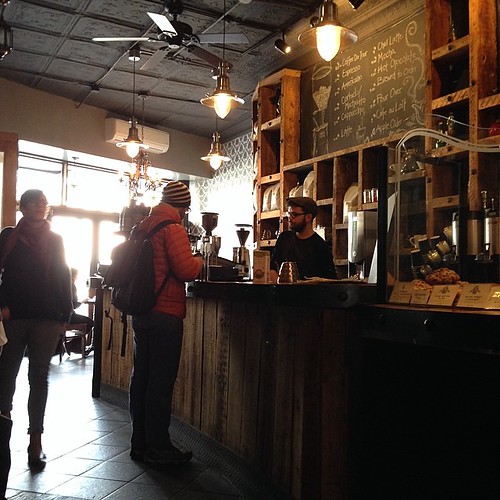 Hi friends, happy Friday! I’m currently awaiting comments from the chef on the manuscript, and after that, I hope, the delivery to the editor will be a speedy one. I took a little break on Wednesday to have lunch with one of my middle school English teachers. We’ve stayed in touch over the years, and it was really lovely catching up over some pizza. I even roped him into sharing a kale salad with me. We had lots to talk about. Immensely relevant things such as, which classical music composer, who died rather young, was the biggest loss for humanity in terms of further work we could’ve expected? My answer was Mozart; his – Schubert. And boy oh boy did we get to geek out over singular pieces of music, like Beethoven’s 7th symphony (my favorite!), his dislike of Lizst, and my indifference towards Haydn.

But most of this week has been somewhat of a blur. When I get to the final stages of a book, there’s a lot of nitpicking and fixing things here and there. Things like comma placements and rearranging various groupings of words. Things like order of the table-of-contents matching those of chapters. Are there any TKs left over in the manuscript that need to be filled. All fairly arbitrary stuff, but stuff that I feel makes the work, on the whole, better.

I was also sad to learn that one of my all time favorite sites, Television Without Pity, is getting shut down. NBC, which owns the site, pulled the plug (also pulled the plug on Daily Candy as well) citing funding issues of sorts. As long as I remember living in NYC, TWoP was a faithful companion to my limited television watching. I loved reading their recaplets in the morning following an episode, and then longer, 15-page snarky analyses a few days later. I had always admired the writers for TWoP – they had the kind of ease and eloquence I always wanted to have. And now – the site will be no more in about a week. Sad. I hope that given the site’s fervent following that someone scoops it up and rescues it from demise.

And on that note, I’m going to wish you all a happy weekend. I was going to do absolutely nothing – I feel like after this work-filled winter, I totally earned a weekend of sloth-like behavior. But, at the last minute, something very time sensitive fell into my lap, and well – there go my Saturday and Sunday. But tonight, tonight I get lucky – and see a dear friend who I so wish lived next door. Or across the street. And Sunday, we get to host some friends for brunch. All good things.

Is Blue Bottle Coffee the Apple of coffee? I, for one, love the absence of anything named “frappucino”.

Office for iPad has arrived. Why it took 4 years to develop.

I had no idea Ebinger’s Blackout Cake was so hard to make.

Have you heard about this new parenting study? :)

What women want on the dance floor – according to science.

An unexpected discovery in the brains of autistic children.

The quality of 13 famous shows as charted over time. GOT is clearly killing it.

Manhattan bookstore owners, such as McNally Jackson (one of my favorites!) are coming to Brooklyn. Now, any bookstores want to come to the Kensington/Ditmas Park area? Please?