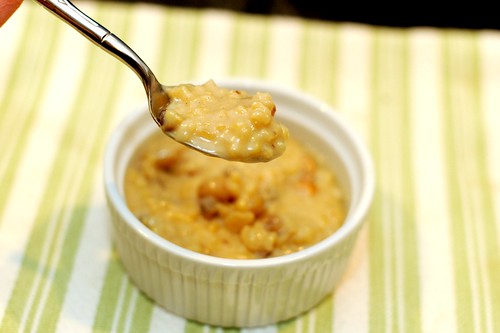 I realize that rice pudding isn’t about to win the sexiest dessert award anytime soon. It’s dull in color, lumpy in texture, and offers no enticing shape. It’s a lump of gooey rice sitting in your bowl quietly awaiting its fate. If there was a pageant for dessert, rice pudding would lose the swimsuit and the evening gown sections of the competition. It doesn’t sparkle or wow with its looks. 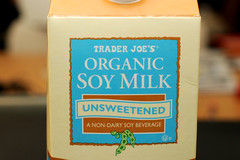 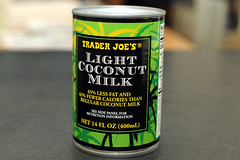 But it would nail the questions category, and when asked what issue is important to its cause, the rice pudding would surely rise to the occasion. It is, without question, my favorite winter dessert, snack, comfort treat. I eat it warm after dinner, with the steam rising from the bowl; I sneak spoonfuls of it at night, cold, straight from the fridge; I could build a lunch around it with some sliced pears and bananas and a steaming cup of Ceylon tea. I could easily write odes to rice pudding, and I might as well have done so just now. 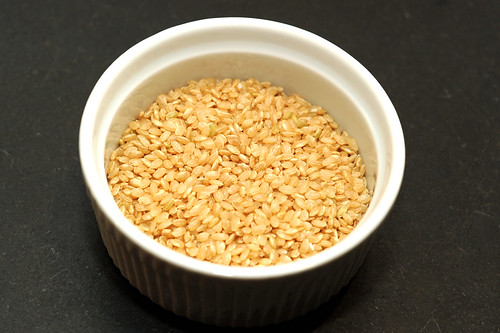 But my favorite winter treat was presenting something of a dilemma. Heavy on milk, it is a dessert that’s difficult for Andrew to digest – cow’s milk lactose issues and all. Surely, he could have taken a dairy pill and just eaten my original creation, but I wanted to figure out a way to enable him to enjoy this dessert without having to take anything for it. Dessert should be that thing, if possible, where you can just dive in, without having to stop and take a pill. Sometimes it’s just not possible to do without sacrificing the taste, but at other times there are options. Why not take them? 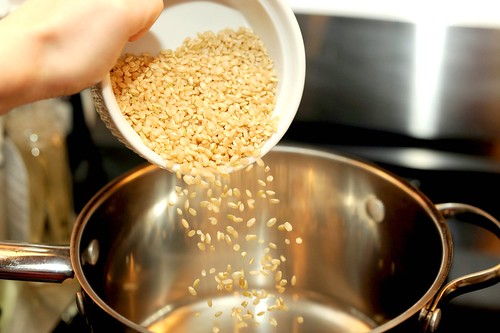 I decided to play around with making a vegan rice pudding – one that would use coconut milk instead of regular, whole cow’s milk. But I didn’t want to overwhelm on the coconut, and so I combined half unsweetened soy milk and half coconut milk hoping to get the right balance of flavors. And to up the ante just ever-so-slightly, I decided to use brown arborio rice in place of its whiter cousin. I mixed everything in the pot, dropped a few cardamom pods, half a vanilla bean scraped out, and added some golden raisins and pistachios into the mix. And forty-five minutes later, I had glorious, bubbling and fragrant rice pudding waiting for us to enjoy right in time for dessert.

The coconut milk’s sweetness gave nice body to the pudding, and because it blended with the soy milk, it didn’t overwhelm. We could still taste the cardamom and the vanilla. The raisins and pistachios softened nicely and though were still its own distinct entities, bonded with the starchy rice. It was delicious, comforting and unfussy – the best kind of cold-weather finish to dinner. 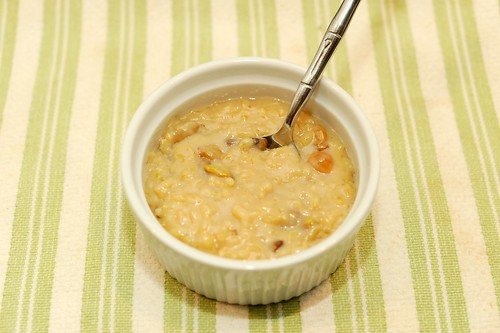 But the best part was that we can both could enjoy this dessert without having to remember dairy pills or sacrificing the taste. And though it’s not a looker and is hard to photograph, in my pageant of desserts, this one still holds the crown.

If you can’t find brown arborio rice, or simply are anti-brown rice with all the health announcements as of late, be sure to shorten your cooking time of rice to about 20-25 minutes. For reasons I’ve yet to research (darn time constraints) I have discovered that brown arborio rice takes longer to cook. Alternatively you can try to make it with all coconut milk or all soy milk. I just liked the balance of the two. Lastly, if you use sweetened soy milk, be sure to decrease the sugar to 1/8 cup or not use the sugar altogether.

1. Combine all the ingredients in a heavy-bottomed pot over medium heat and bring to a gentle boil. Reduce heat and simmer for 40-45 minutes, stirring occasionally to prevent sticking or burning at the bottom. Brown arborio rice takes slightly longer to cook than its white cousin, and remains chewier and more toothsome.

2. Allow to cool slightly before serving. Or refrigerate and eat cold.