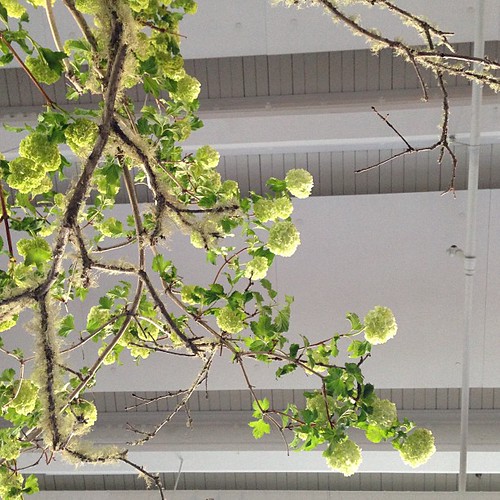 Hi friends, sorry for being quiet this week – I’m in San Francisco for work and it’s been one busy but super fun week! Last week, in the kitchen, I’ve had a somewhat disappointing recipe testing results. Things were fine, but were they notable enough to tell you about here? Not particularly. There’s one recipe, for example, a cake, I’ve been working on, and this one will take awhile, because I know exactly what I want to wind up with, and there will be lots more recipe testing to do. I’ve dug my heels and decided I’ll work on it as long as it takes (weeks! months! years, if I must!) but I’ll get there and won’t stop testing it until I do.

As trips to San Francisco tend to go, eating here has been fantastic. I highly recommend all three restaurants I tried with my colleagues: Prospect, Ame, and La Mar – were all absolutely amazing. And the conference I’ve been helping out with, was chock-full of great content. My favorite speaker was Anne Wojcicki, one of the founders of this incredible company, 23andMe, a personal genetic testing kit that anyone can buy for $99. I’m pretty sure that I am the last person to learn about personal genetic testing kits – I mean, it seems quite obvious now that I think about it – but I was riveted to Ms. Wojcicki’s presentation. Not only will the kit show you potential health risks embedded in your DNA, but part of what made me so engaged in her presentation was this message: if we all pool our genetic data together, we can learn so much more about not just one another, but how to help one another in helping to solve many diseases. This coming together bit, that we are all better off collectively together, sharing information, than being on our own – the power of that message – hit me like a tidal wave. It only reinforced what I’ve been thinking of and believing in for so long, but the presentation itself, Wojcicki’s passion, were incredibly powerful. I highly recommend everyone checking out the company.

Despite waking up before sunrise and going to be relatively late, I managed to pull these links together for you because there were some awesome things to read. I hope you like them and I hope you all have a lovely weekend ahead! I’m traveling most of the day today, so will be a bit off line. Also, for folks waiting for the results of the giveaway last week, I will get the results this weekend. Cheers!

In defense of millennials. Great piece. For the record, I scored 20% when I took that quiz, which rendered me an #EpicFail in the eyes of being a millennial. That’s okay though – I’m not one. My one gripe with the article, the misuse of the word “disinterested”. It means “unbiased”, not “uninterested”. Okay, grammar police hat – off. Perhaps this quote from the piece is what nailed it for me:

The millennials are the people who’ve inherited the hangover from the baby boomers’ party: a warming planet, a dysfunctional global financial system that rewards the rich and screws the poor, a polarized political class that’s moved so far to the right that a centrist like Barack Obama can be described with a straight face as “a socialist.” Millennials may be “narcissistic, materialistic and addicted to technology,” as Stein alleges early in his article; they’re also drowning in college debt, slaves to an internship “system” that demands ever-increasing work for no pay, and entrants into a job market that’s replaced employment rights with the “flexibility” of never being able to afford health insurance.

A conviction of genocide in Guatemala – a huge breakthrough.

What I know about motherhood as an unconventional parent. Really moving and beautifully written. I’m looking forward to reading more of Polly Pagenhart’s columns.

Texts I’d send boys if I was always an honest person.

How Cooper Union’s endowment failed in its mission.

The moral shortcomings of conspicuous consumption. A thoughtful and concise piece.

Something that was largely missed in general news – it made a quiet splash, but nonetheless deserves its own spot in the sun (not that I can provide a proper one). Reinhart and Rogoff errata could change the entire argument on debt-to-GDP argument.

A revised version of David Bowie’s Space Oddity, recorded by Commander Chris Hadfield on board the International Space Station. If this doesn’t make your heart filled with wonder and glee, I don’t know what will. Magical, breathtaking, and I’m so glad Bowie got wind of this and loved it. Really, what a tribute!

Should we pay people to cook at home? Another good piece that examines the reality of life: yes, some people are legitimately too busy to cook. It touches upon class differences: namely that wealthier working mothers can hire housekeepers to cook home-cooked meals for their families, but what happens to the housekeepers dinners? Who cooks for them?

New app helps you boycott products by the Koch brothers, Monsanto, and others. [via Carol]

UPDATE: Over the weekend, I ran the giveaway numbers and the winning comment was number 13 (made by Margaret). Margaret, I’ll be in touch shortly so that Workman Publishing can send you your book. Thank you, all, for such amazing comments and dish ideas.