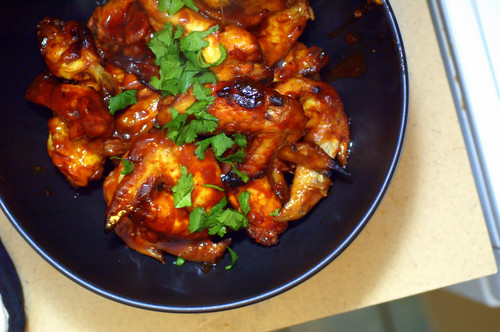 It’s hard to remember where my love for the American football began. It is an improbable love, sandwiched between my Russian heritage and my sports-apathetic family. In Russia, sports fans watched either soccer or hockey. They also read chess-match play-by-play summaries in the paper (yes, chess was considered a sport in Russia – I kid you not). My family, on the other hand, couldn’t care less. If it wasn’t opera or ballet, my father wasn’t paying attention. And if it wasn’t being broiled, fried or braised – my mother instantly would lose interest. 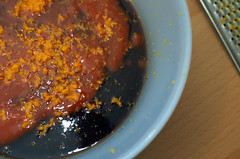 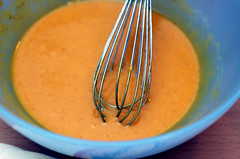 So it begs the question why I’ve become such an avid football fan, replete with an arsenal of game-friendly foods in my repertoire. While I’ve certainly made my efforts to assimilate better, sports fanaticism is a hard one to fake. You actually have to understand what’s going on. And football comes with a lot of rules at its disposal, so it’s not a late-comer friendly game. Also, it doesn’t hurt that Bill Belichick and I share the same high school alma-mater. 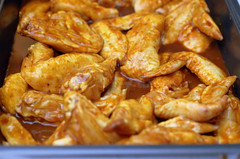 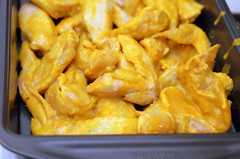 To me, however, football has always been about war for territory. Every inch of space, every scrap of that field–makes a difference. And the strategy involved to defend that distance, or penetrate the enemy lines, all happening in mere seconds – all of it fascinates me. Perhaps the season between Thanksgiving and the Superbowl is my favorite. It’s a great excuse to gather with friends, yell at the television, and wear stretchy pants in order to comfortably ingest things like chili, cornbread, nachos, salsa, guacamole, wings, brownies and beer. To name a few. Food, friends and football – I can’t think of anything better on Sunday afternoons. When it’s too cold to spend hours wandering outside, you can gather with friends and cheer or lament together. Every year I look forward to the Super Bowl, but there’s always a hint of sadness behind it. With Super Bowl over, it’s goodbye to the football season – until next fall. And I’m not very good at saying goodbyes. I’m awkward and I suffer from separation anxiety. 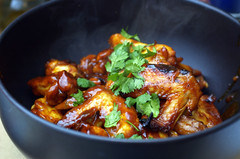 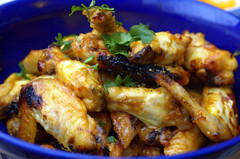 I’m also terrible with trying to choose. Like with these wings, I had a terrible dilemma on which to write up – teriyaki or honey-mustard? And in the end I decided, why not both? I had to give you two recipes because trying to choose between the two was like choosing a favorite child. Not that I have any to draw on the experience, but I imagine it must be very tough. Or, I should hope it’s tough anyway. Besides, I’m a girl who loves her wings. I could sit by myself quite contentedly snacking on wings and beer all night long. And because I like you all very much, and want you to have fantastic Super Bowl parties, I wanted to make sure you had options. Though, I’ve got to be honest with you – the way to go here, is to make both. It only sounds over-the-top, but have you ever been to a party where there are leftover wings at the end of the night? I didn’t think so. 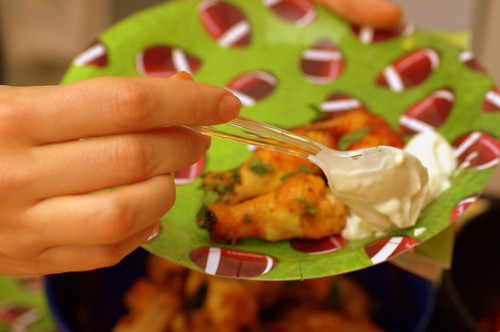 Preheat the oven to 400 degrees F.

Season the chicken wings with salt and pepper and drizzle a little olive oil on them so they don’t stick to one another. Lay the wings in a single layer on a baking sheet and bake for 30 minutes, or until the skin gets crispy and the wings are cooked through. Reduce the oven temperature to 300 degrees F.

Meanwhile, stir together the teriyaki sauce ingredients in a large saucepan. Simmer over low heat and reduce until slightly thickened. Pour the sauce into a large bowl. Place the wings into the bowl as well, and toss to coat them with the sauce. Bake for another ten minutes so the sauce thickens on the wings. Transfer to a serving platter and sprinkle with the sesame seeds and cilantro. Serve hot.

Preparation:
Preheat oven to 325 degrees F. Remove the wing tips and break each wing into 2 pieces. Place wings in shallow baking dish. Mix honey, mustard, salt and butter together and spread over wings. Bake for 1 hour.