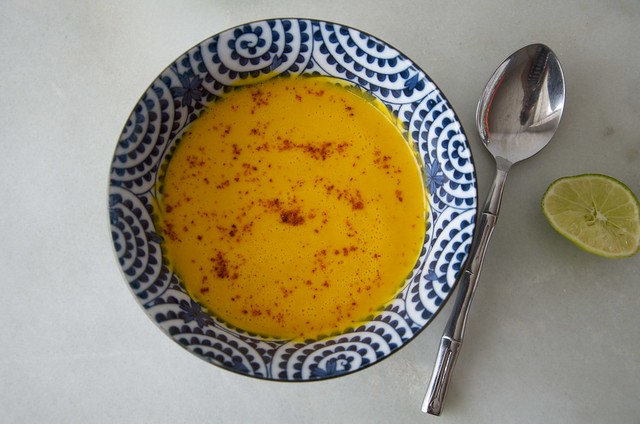 I have become that person – unable to focus on anything. Too many things are going on at once and I’m finding it overwhelming: editing one book, working on two others, planning Thanksgiving dinner for next week. There are also other distractions. Do laundry. Unload the dishwasher. File a pile of receipts away. Pack a box. Or two.

I wonder if I am the kind of person who is too ambitious with my daily lists. Every morning, I make one; it’s one of my favorite things to do. The satisfaction I get from making a list and then crossing things off it…. well, I find few things as thrilling. But when I look at that list at the end of the day, and I count the number of crossed-off items, I frown. I seem to never get the whole thing done, no matter how hard I try. Either I set unrealistic goals or I’m shit when it comes to time management. Let’s hope it’s the former – otherwise I’m in trouble.

I haven’t talked about renovations yet, because nothing’s happened as of today. But there is a lot of groundwork happening. Foundational preparation so to speak. We’re working with a lovely architect who happens to be a friend and while we cannot, at once, act upon his amazing and genius plan, we are taking it piecemeal.

I am hoping today to go look at some marble. At least, my calendar tells me that’s what I’m supposed to do. We’ll see if I can put the green pencil down and step away for a couple of hours. Maybe it’ll do my editing brain some good. And if not, there’s always wine.

Still, though, we are making progress on the apartment front. The movers are booked. New appliances have been ordered. I’ll talk more about them in a separate post. We went to Ikea, we emerged somewhat intact and, most importantly, there was no bickering of any kind. We picked out cabinets, knobs, sinks, surfaces. It was, surprisingly, okay. Early December we have a person coming to the new apartment to measure everything professionally. Because I don’t know how you all do with measuring, but it’s the kind of thing I wouldn’t trust me or Andrew to do. It’s not our strong suit. 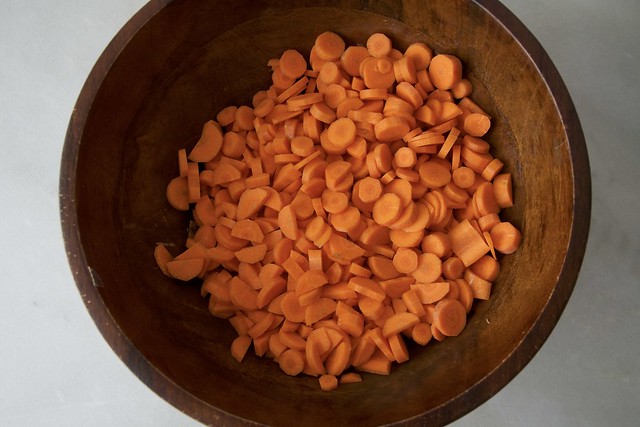 You want a pie? Done. Want an eloquent discourse on climate? You can count on us Andrew. But measuring spaces – well, we leave that to the pros.

Last Saturday, we painted the little room that will become the home office. It took a little over half a gallon of paint, some tarp, and two people, and in a little over two hours, the room went from a yellowish hue to a crisp white, all thanks to Benjamin Moore Super White paint. I had initially wanted to paint the entire apartment – the whole place is painted with this odd, yellowish, off-white paint, but Andrew didn’t think we needed to. Yes, I conceded, the whole place was freshly painted, but our windows, which for the most part, face west, do not get so much light that we can just set the paint question aside. The little office room, faces the courtyard, and the light there seems to be an afterthought.

Andrew was the one to suggest we paint that room first. I, of course, being a huge proponent of painting as the fastest, most inexpensive way to spruce up a room, jumped on it. The before and after pictures are startling, especially when seen side by side. Amazing, right?

Now, having seen the difference a crisp coat of paint makes, Andrew is mulling over doing the rest. And I suppose, eventually, we’ll get there. I just don’t see how it can get done with our jobs and three books on my plate (one in edit stages). Oh yes, and the kitchen reno, which we decided to postpone until after we move so that I don’t accidentally paint myself into a corner having to test more recipes but not having a kitchen to test them in.

And so – this soup. Thanksgiving is, what, a mere week away? And I decided, given that we’re hosting Andrew’s and my parents, plus Andrew’s younger brother, I should probably get a move on it and prepare. 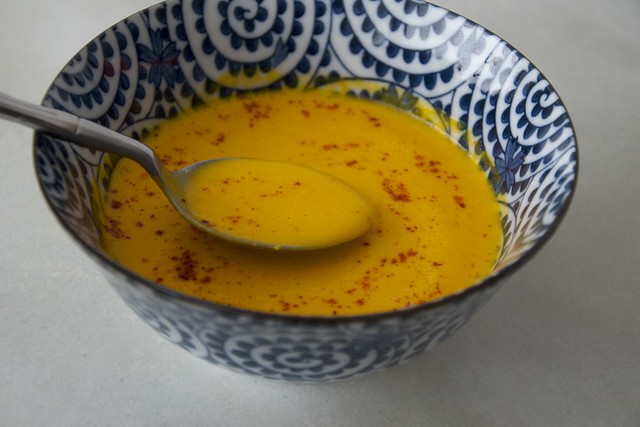 The pie crusts have been made and stowed away. I can make either four single crust pies with some kind of a crumbly topping (always tempting) or two double-crust pies with either a lattice, some decorative flare (circles? stars? leaves?), or just another plain old crust with slits on top? I can make a marriage equality decoration (like I did a few years back but no one got the joke), but I’m not trying to make a political statement this Thanksgiving or god help us all, dinner will go straight to hell in a hand basket.

So, with soup, I also decided to plan ahead. I spied this beauty in the latest (I think) Bon Appetit and tore out the page; dog-eared it, even. Then, I lost it. Then, I frenetically looked for it, but forgot exactly what made it so captivating in my mind. Then, I found it again, jotted down the basic jist of it, and headed to the kitchen for a bit of a book writing-moving-work reprieve.

I knew, immediately, I wanted a more pronounced coconut flavor to the soup. Why not, I thought, cook the vegetables in coconut oil instead of just plain old butter? I doubled the recipe, used light coconut milk instead of regular, stirred in my best chicken stock (I’ve been making double stock and it is out of this world), halved the amount of sambal oelek, and added lime juice in the end.

The resulting soup is stunning, and the flavors, warm and heady, grow with each subsequent spoonful. It’s only to the soup’s benefit that it lacks ginger. Carrot-ginger combo, in my opinion, has been greatly overplayed. Here, finally, the carrot stands on its own (two feet?), only complemented by the sweet fullness of coconut oil and milk. It’s not a sweet soup, thankfully, but savory, and quietly spiced. It kind of sneaks up on you – the warmth in the back of your throat. 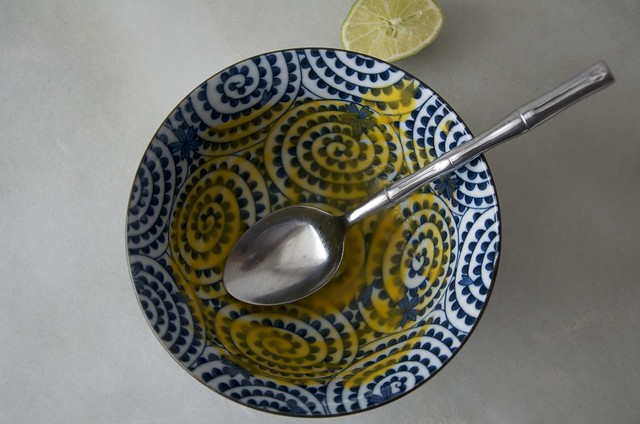 I made the soup last week (it makes more than enough for 8 people), and because it was lunch time, I siphoned a bowl for myself. I figured some kind of a reward was warranted for being so ahead of schedule. Nothing would’ve have made me happier than just eat that soup for lunch all week long.

But I had already crossed soup off my Thanksgiving to-do list and there was no going back. What is a to-do list, after all, if not for completing?

Other helpful (hopefully) Thanksgiving links:
Pie crust primer
Thanksgiving turkey 101
My favorite cranberry relish – no cooking required.
Once again, going back to this stuffing – it simply is my favorite.
Pumpkin bread pudding souffle – I know the picture looks atrocious and I need to retake it, but trust me, this is amazing.
I’m making this for our squash side.
These mashed potatoes are excellent, but this year, I’m making pommes boulangere. Still developing that recipe.

If you don’t keep kosher, you can certainly swirl some lime-zest-and-piment-d’espelette creme fraiche before serving. The squeeze of lime at the end – is transformative – don’t skip it.

Melt coconut oil in a large pot over medium-high heat. Add the carrots and shallots and cook, stirring, until carrots are softened, about 15 minutes. Season with salt and pepper. Stir in the stock, coconut milk, and sambal oelek. Bring to a boil, reduce heat to low, and simmer, stirring from time to time, until the vegetables are very soft and the liquid has slightly reduced, about 30 minutes.

Remove from heat and let the soup cool slightly. Puree the soup in a blender until smooth. If using a stand blender, you will need to do this in batches and start on the lowest speed, gradually increasing to the highest.

Divide soup among bowls, and add a generous squeeze of lime juice. Top with a pinch of pimenton d’espelette. Serve immediately.

Make Ahead: this soup can be made ahead and frozen. To reheat, you may need to loosen it up with a bit of water – to get the consistency you like.